Fighting Islamic State on frontfoot: Story of Kurdish fight for ‘land’ and ‘identity’ 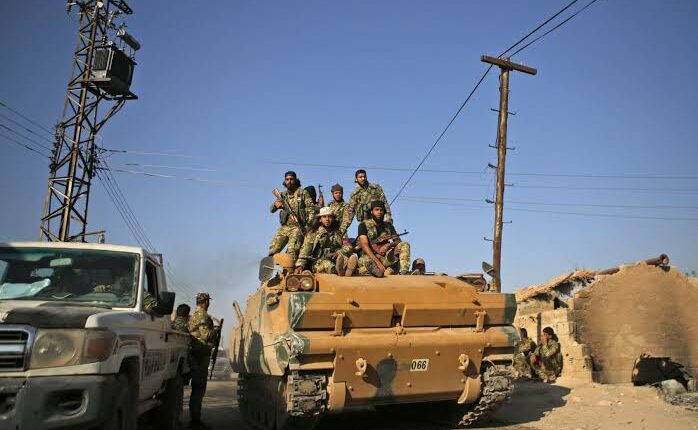 On 9 October, Turkish troops and allied Syrian rebels, later followed by Russian-backed Syrian government, together launched an offensive to create a 30km or 20-mile long “safe zone” along the Syrian border, to rehabilitate millions of Syrian refugees living in Turkey following years of battle with Islamic State (ISIS), which was held by Kurdish forces who were a part of US-led coalition of Syrian Democratic Forces or SDF in the battle.

In early October, just a few months after the United States and its Kurdish allies had, nearly or completely, defeated ISIS, the US President Donald Trump abruptly declared a withdrawal of troops from Syria, abandoning the Kurds. The move faced a unique bipartisan criticism from Democrats as well as Mr Trump’s fellow Republicans, including his allies and close aides.

Turkey regards the Kurdish also known as People’s Protection Units (YPG) part of US backed SDF forces and allegedly an extension of the Kurdistan Workers’ Party (PKK) as a terrorist organization but didn’t had any confrontations prior to pull out as US troops on ground Syria prevented any such actions from President Erdogan.

Mr Trump’s latest shift in US policy left them vulnerable to an attack by Turkey.

Kurds often say they have “no friends but the mountains”, owing to a long history of betrayal. An estimated 30 million people Kurds are spread mostly across southern Turkey, northern Iraq, north and eastern Syria, and Iran. Often referred to as the world’s largest stateless ethnic group, the traditionally nomadic Kurds were subject to violent repression by authoritarian rulers throughout the 20th century, catalysing militant movements to defend Kurdish rights and win self-rule.

Apart from their years long contributions fighting Islamic State on ground while being supported by US intelligence and arms they were successful in ending the last remaining territory of Islamic State Caliphate which once seemed to be invincible having spread across huge swathes of land along Iraq and Syria and motivated tons of ‘lonewolf’ attacks worldwide especially targeting the west.

A successful attempt led by US Special Forces operation in northwestern Syria which eliminated the ‘terrorist-in-chief’ of the notorious Islamic State group, Abu Bakr al-Baghdadi. The necessary Intelligence Inputs and very crucial DNA verification of al-Baghdadi using his under garment could not have been possible without Kurdish forces and it’s strong networks around the region and Idlib province which was stronghold of Syrian government backed by Russia, rivals of US led coalition both fighting ISIS.

One of the most landmark treaties marking the end of World War I, the Treaty of Sèvres, signed by Britain, France and the US among others  promised region of Greater Kurdistan, which eventually remained unfulfilled. It was followed by annexation by powerful Turkish empire and military aggression in year 1923. By year 1946, Soviets eventually occupying Iraq then established self-ruling mini-state for Kurds which was temporary and ended post the Soviet pullout from the region. Eventually the Iraq state battled to suppress the Kurdish voices in the region. For a brief period, the Shah of Iran with US President Nixon allied and recognized the struggle for Kurdish independence. Later, following a treaty with Iraqi state led by Saddam Hussein, US and allies again turned their backs to them. Next few decades marked an underground battle by Kurdish PKK party against Turkey. Until 2011, when the Islamic Caliphate began to surge in Iraq-Syria border then saw US realigning with Kurdish forces to battle ISIS and also a rival to Russia backed Syrian government to act as a regional geopolitical balance.

Now post the war with ISIS the Russian backed Turkish joint patrols around 32 km safezone inside Kurdish held areas threatened the release of war prisoners held by US coalition and guarded by SDF and Kurdish forces in the fierce resistance against the Turkish aggression in the region. The Kurdish, yet again, are caught between another back-stab from it’s ally and the dream for Independence is still seems a long lost dream.