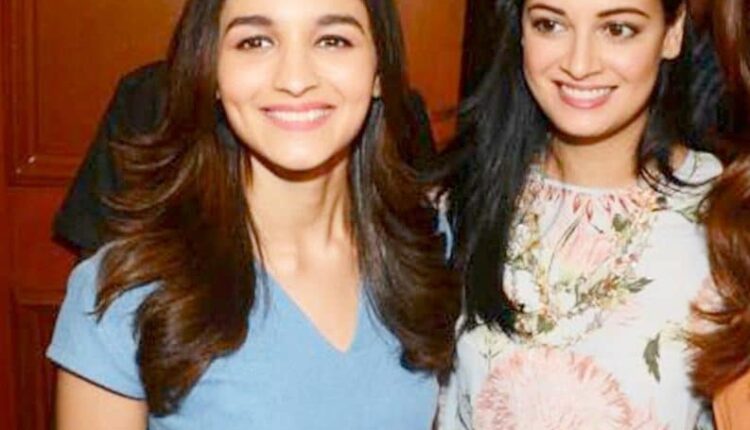 A few years ago, it was impossible to see actresses appreciating each other. It was a typical thought process that any two actresses can’t just get along. But well, that’s not the case now. We can see that actresses support each other and appreciate too. Here is a case of appreciation but not for any look or the performance, acting or related to the field but for the metal bottle. Yes, you read it right. Dia Mirza appreciated Alia Bhatt for carrying the metal bottle with her.

When Alia was shot outside of Bhansali’s office in Juhu, she was seen carrying a metal bottle. A pap, Viral Bhayani put up her photo on Instagram and actress Dia Mirza commented on that pic with, ” The metal bottle is the bomb, Aliaaa”

If you don’t know, Dia Mirza is a big-time environmentalist. She is associated with various fields of social change, conservation and environment. She has been the face of many crucial environmental campaigns across India and has worked towards the conservation of wildlife.

As a Goodwill Ambassador of the UN environment programme, she is working on spreading the message on important areas including clean air, clean seas, wildlife protection and climate change. Dia received the IIFA outstanding contribution to environment award in 2012.

Well, we appreciate how Dia is spreading awareness about the environment and climate change. On the work front, Dia debuted with rehna hai tere dil mein, which was a major success among youth but not at the box office. In 2019, he has done some web series including Kaafir on ZEE5, as a producer on Amazon Prime Video for Mind the Malhotras. She was last seen in movies in the biopic of Sanjay Dutt, Sanju. She played the role of Manyata Dutt in the movie.

Recently she is in news because of her divorce with her husband, Sahil Sangha. They were married for 5 good years.

Nobel Peace Prize laureate Malala Yousafzai declared as “the most famous teenager in the world”: UN