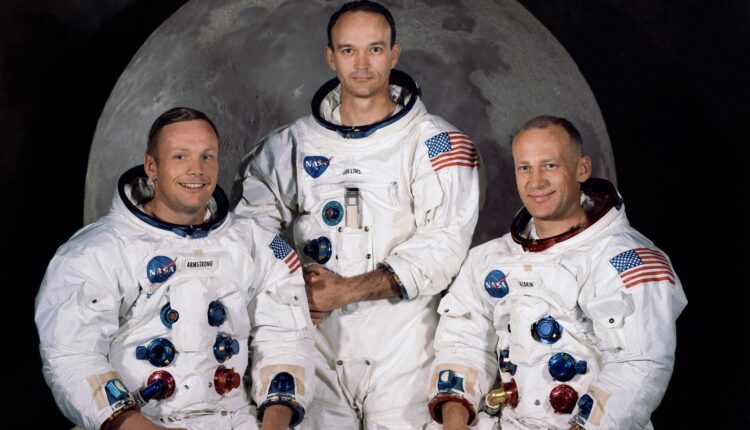 As kids, we have all studied about the first man who stepped on the moon. I am pretty sure none of us can forget that man. The name of the astronaut and the words he said are still engraved in the minds of every single human being. Neil Armstrong was the first human being who walked on the moon. Well, why are we discussing this? Actually, the first moon landing completes 5 decades this year. Landing on 20th July 1969, Apollo 11 had three astronauts as its prime members, Neil Armstrong, Michael Collins and Edwin Buzz Aldrin. Today, we will discuss everything in detail about the first moon landing of human beings and Apollo 11.

There is something that we all must know, that how and why did this mission, Apollo 11, came into existence? There is a big reason behind this mission of NASA.

USA and USSR have been arch-rivals for quite a time now. For those of you who don’t know what USSR is, let me elaborate on this. Also known as the Soviet Union or Union of Soviet Socialist Republics, it was a union of multiple states from 1922-1991. With Russia acting as the supreme power, the present-day countries that became a part of this union were: Armenia, Moldova, Estonia, Latvia, Lithuania, Georgia, Azerbaijan, Tajikistan, Kyrgyzstan, Belarus, Uzbekistan, Turkmenistan, Ukraine, Kazakhstan and Russia. The Union broke up in 1991. Back in 1950, USSR was the largest country and a World Super Power.

Sputnik 1, the first artificial satellite, was launched by USSR in 1957. What followed this event was the going of the first man in space, that is, Yuri Gagarin, in 1961. This began the space race between the two superpowers of the World that is, USA and USSR.

It was after 1957 that, the then President of USA, Dwight D. Eisenhower, established NASA (National Aeronautics and Space Administration). John F. Kennedy, who was the President of the USA in 1961, announced that the USA plans to send and land a man on the moon and bring him back to the earth safely.

Post this, project Apollo was launched. Although Apollo 1 failed miserably and resulted in the death of the three onboard astronauts, NASA did not sit back. Proceeding step by step, they launched Apollo 7, Apollo 8, Apollo 9 and Apollo 10, in order to check various aspects like testing the lunar orbit, dress rehearsal, etc. By July 1969 Apollo 11 was ready for its launch.

We have discussed the astronauts that set their voyage on the moon. Neil A. Armstrong was the commander, Michael Collins was the Command Module Pilot and Buzz Aldrin was the Lunar Module Pilot of the Apollo 11 mission.

Who will step first?

The pre-launch was started months before the actual launch and the first module to arrive at the Kennedy Space Center was LM-5 on January 8, 1969.

The launch took place from Kennedy Space Center in Florida at 9:32 a.m. Armstrong and Aldrin entered the lunar module, Eagle, which separated from Command Service Module, Colombia on July 20, 1969.

Post landing, both the astronauts remained inside the module for two hours. They checked all the systems and configured the craft as well so that it stays. The Eagle was also equipped with a camera that was capturing everything live. On July 20th, 1969, at 11:56 p.m. Armstrong landed on the moon and what followed was the most epic statement, “That’s one small step for man, one giant leap for mankind.”

The astronauts, post landing, collected samples of the soil of the moon and erected the flag of the USA. Also, memorial medallions were laid down. These medallions had the names of several astronauts, including Yuri Gagarin. A silicon disk containing goodwill messages from 73 countries, names of NASA leaders and congressional leaders was left.

After 21.5 hours, the astronauts headed back to earth.

On 24th July they landed into the Pacific Ocean after completing a historical journey.