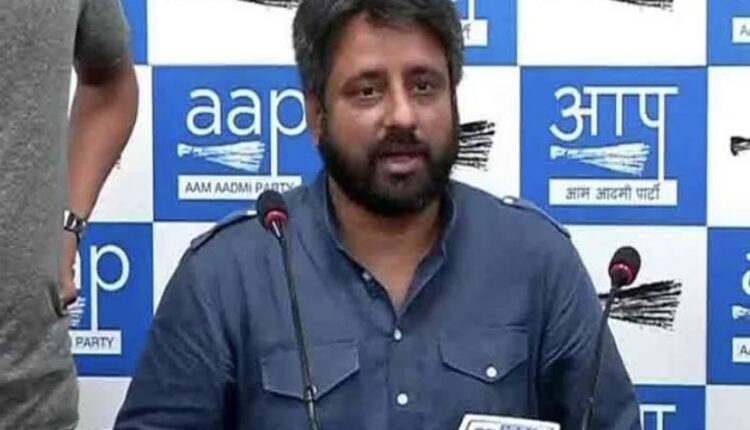 A case in criminal court has been registered against MLA Amanatullah Khan of the Aam Aadmi Party (AAP) due to claims of allegedly inciting violence in the middle of an anti Citizenship Amendment Act protest rally.

The Uttar Pradesh Police took the MLA on record and books him after an FIR was registered against him at a police station in Ghaziabad called Kotwali, on December 18th.

Senior Superintendent of Police (SSP), Sudhir Kumar Singh from Ghaziabad mentioned that a case had been registered against AAP MLA Amanatullah Khan under six sections. A section under the Information Technology Amendment Act of 2008 was also added to the already registered sections.

A couple days before the Ghaziabad Police had lodged an FIR against him, Amanatullah Khan’s name had come up during an investigation regarding the violent protests that were on every Indian headline in South-East Delhi’s Jamia Nagar.

A sudden action was taken by the Ghaziabad police department as they registered a case against the AAP MLA before even gathering evidence against him.

The FIR lodged by the complainant Hariom Pandey claimed that Amanatullah Khan was tricking youngsters by offering them jobs and monetary bribes, despite being a public servant and knowing the law. Amanatullah Khan was also accused of deluding people and instigating ruckus and hatred in soviet. This led to panic among specific communities over the Citizenship amendment Act. Several violent incidents and riots occurring over the course or the last few days were under Khan’s influence and so the complainant, Hariom Pandey, urged the police to take strict actions against him.

Once the allegations were found to be correct in a preliminary investigation that was carried out, the case against Khan was registered by the police.

The accused MLA has been missing in action ever since the FIR was registered. The Ghaziabad Police have been on the lookout for him, carrying out raids along the way. However, this was to no avail as the accused MLA is still at large.

The Delhi Police has stepped in to help the Ghaziabad police arrest the accused MLA. A source mentioned that the logic for this alliance was that since the accused is a Delhi MLA, it made more sense for the Delhi police to step in on the action as they would have more information about him than the Uttar Pradesh Police do.