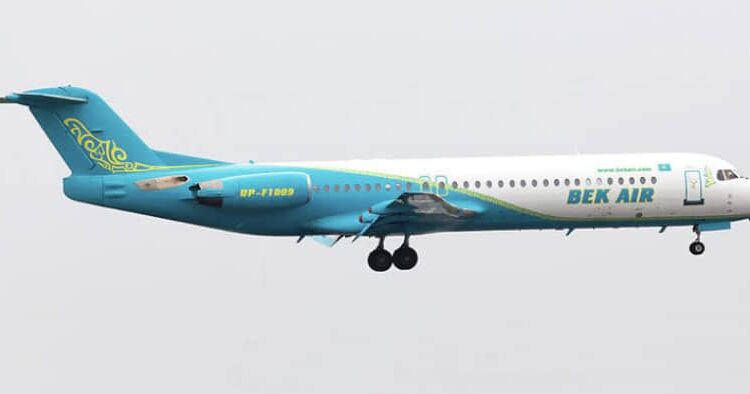 An airplane with approximately a 100 people on board has reportedly crashed in Kazakhstan early Friday morning.

The casualty count is still awaited. However, officials have declared at least 9 people dead on the spot. The release on the survivors is awaited.

According to reports, the Bek Air Airline Aircraft crashed shortly after it took off from Almaty Airport. A heavy fog in the area is the supposed cause for the crash even though the complete details pertaining to the cause of the crash have not been released yet.

The airplane took off from Almaty, Kazakhstan’s largest city which is home to places of importance such as the Central State Museum which holds the history of Kazakhstan and the Panfilov Park, which displays the bright-yellow coloured towers of the Zenkov Cathedral, a Russian Orthodox Church of the tsarist-era. It was en route from Almaty to the country’s capital of Nur-Sultan.

Almaty’s airport team revealed that 95 passengers were on board the aircraft alongside five cabin crew members.

The plane supposed lost height at approximately 07:22 local time (01:22 GMT), before it struck a concrete barrier and crashed into a two-storey building. There was no signs of a fire breakout upon impact of the collision.

Response teams immediately rushed to the scene and footage of rescuers taking casualty counts has emerged.

Footage has also revealed a video in which a woman can be heard calling out for help and the very same video shows the cockpit wedged into the building’s side.

This is not the first of serious plane crashes that the city has seen and so this news does not come as a massive shock to the public by itself.

Air India : Divestment of the largest carrier out of India