The Family Man Season 2 got postponed by Amazon Prime Video 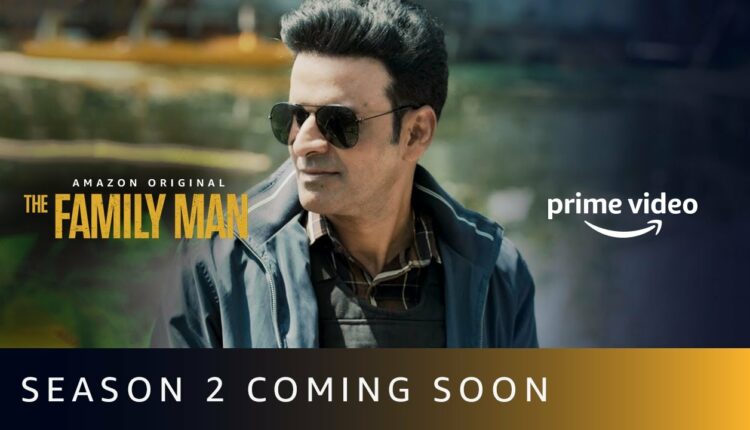 Indian web series are making themselves a brand. Everyone here knows about at least a few names of Indian web series. The OTT platform, Amazon Prime Video streams several Indian web series like Tandav, Mirzapur, and The Family Man. We got a release date for the second installment of The Family Man but it may get postponed. I know that you guys have a question, ‘why’ in mind. I have an answer to this question. Along with this, know the cast, plot, and storyline of the series.

Earlier, we knew that the series’s second installment was scheduled for release on 12 February 2021. The trailer which was scheduled for release on 19 January 2021 got postponed as well to the day somewhere near the new release date of the series. We can only wait for the OTT platform to update us on the news. The Family Man is renewed for a third season as well, hopefully, this will lift the mood of you guys a bit.

There are a lot of controversies that are faced by Amazon Prime Video India due to a few web-series. Just when the accusation on Saif Ali Khan starring Tandav got resolved, Amazon Prime got involved in yet another accusation. We all have heard about the controversies about the web- series named Mirzapur. Amazon is currently preoccupied with the ongoing case in Allahabad High Court. Mirzapur’s producers were held accountable for people’s hurt sentiments. A district in Uttar Pradesh, Mirzapur feels that the makers hurt their religious sentiments and reputation. We hope that everything resolves peacefully soon.

The artists playing the characters will be the same as the first season with some new faces. The talented actor, Manoj Bajpayee will respire the role of Srikant Tiwari. Samantha Akkineni will play the main antagonist as Raji. Priyamani Iyer, Sharad Kelkar, and Sharib Hashmi will be there as Suchitra Iyer Tiwari, Arvind, and JK Talpade respectively.

In the upcoming season, we can expect a new antagonist. Like the first season, the second season will feature Srikant Tiwari’s quest to prevent terrorist attacks. We will get Raji as the nemesis to Srikant. Will our protagonist finds a balance between his work and family? There are several things for us to watch in the upcoming seasons.

We followed Srikant Tiwari through ups and downs in his family and work. Our story begins when the protagonist is handling a complex case of terrorism. Srikant, busy with work is in a hallucination that his wife has an affair with another man. His two kids struggle because of the dense environment of the house. The Family Man Season 1 ended in a cliffhanger of a boiler blast due to high critical temperature. Is Srikant dead? What are the consequences of the blast? Did the terrorist group succeed in their misdeeds?

Teaser: Family problem affects the kids the most