Everyone loves games. Some like outdoors, some like indoors, some like computer and virtual gaming, while some like interactive games. Here is an amazing game that will balance your interaction and virtual taste together, Skribbl.io. Ticedev is a German developer who developed this maze game. Not only it is fresh but also it helps you increase your IQ. Let us take a deeper look at the game and its features. But, before we dive in let us start with an introduction. 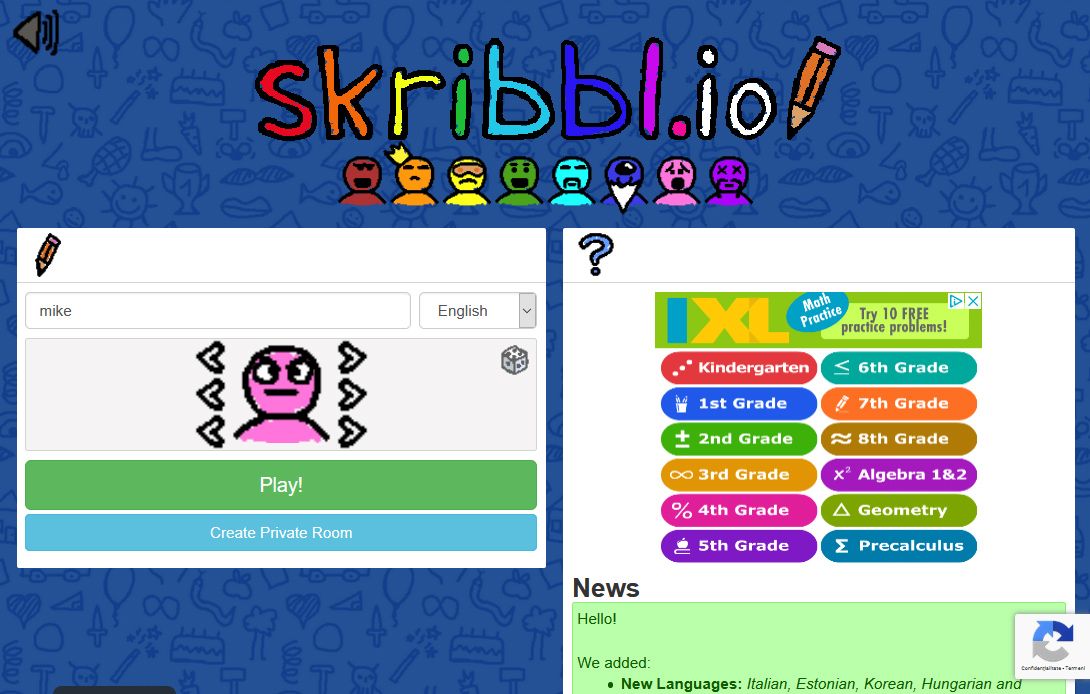 The game can be called a virtual version of dumb charades. If you have played that game then you have a pretty good idea of what Skribbl.io does. But, it is not a precise description. Do you remember the Scribble game in which we had to draw rapidly? Skribbl.io works pretty much like that. It is a draw the given word while others guess game. Isn’t it nostalgic and exciting at the same time? As a multi-player game, Skribbl.io has different levels or rounds which the players can access after winning the previous one.

The game is simple but tricky. You must have a good presence of mind and creativity to become a good player. Skribbl.io provides you with words from which you have to choose one and draw it on the white display on your screen. The rest of the players need to guess it, the one who guesses it faster earns more points. The more points you earn the higher level you reach. You just have to make sure that your drawing is understandable to others. Or, you must be fast while guessing, that’s how it boosts your IQ. Games like such are best to enjoy with your family and friends. Besides, you get to create a private room for yourself and your team members. There are several new updates in the game plus there are hacked versions. I will be discussing them one by one. 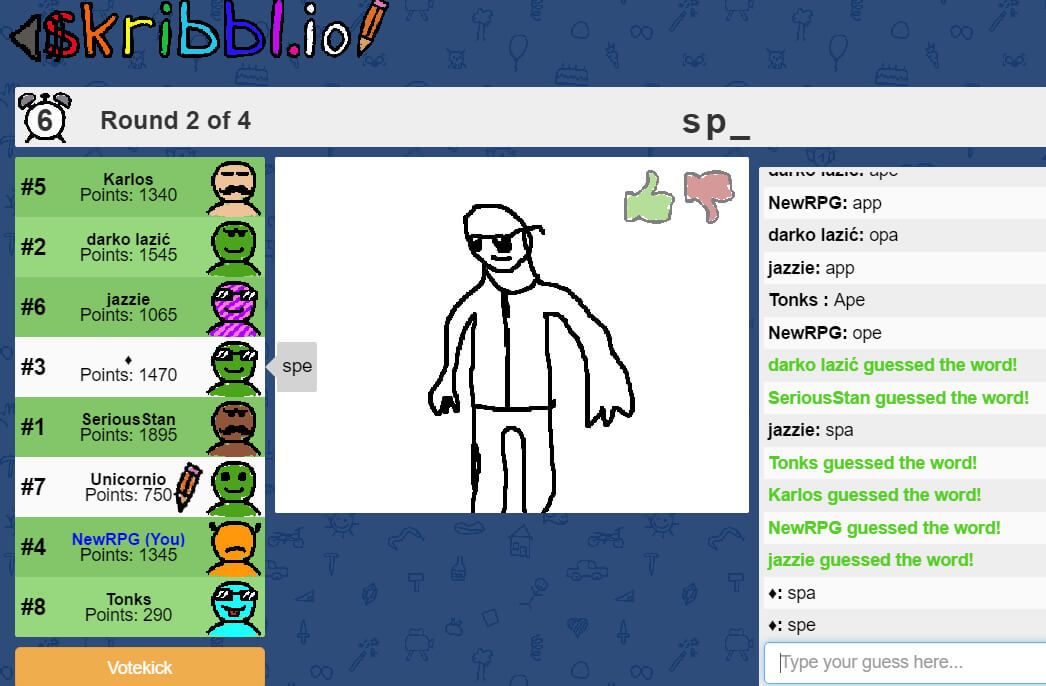 The first hack is Auto Draw. I don’t think it needs an explanation, as the name itself suggests what its functioning would be. While the second one is Auto Guesser, which will directly cut the chase and guess the word. Both the hacks are available for the English language version of Skribbl.io. To be more precise, it is for the 0.2.7 version and is 10.75 KB big. I would like to remind you that these hacks though helpful, kill the fun of the gameplay. I mean what is the point of playing if we cheat, is there? At the same time, hacks can help you in some serious competition.

There are some languages, some customizations, and private room updates in Skribbl.io. Skribbl.io introduces a few more languages like Korean, Hungarian, Estonian, Tagalog, and Italian. For the update in private rooms, you can now add up to 15 members in there. So, now no one is left behind, is there? You can now even make the customization in the drawing time and words you want to draw. So, now draw the words you want in the time you need. The updates will surely hype up the game.

I have always been a fan of such games but I have a recommendation of something special. Try out the gameplay of Yakuza: Like A Dragon with me on Headlines of Today. And, do not miss out on a chance to talk to us in the comments section.

- Subscribe us on Google News Get the Latest news updates on WhatsApp & Telegram by subscribing to our channels.
Tags
haacks skribbl.io updates