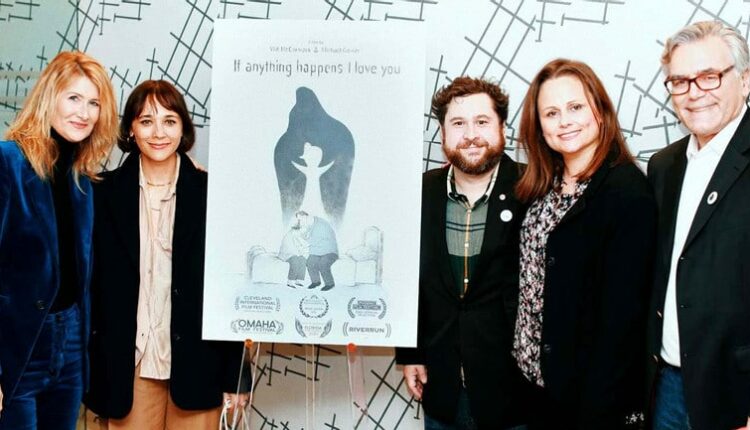 Netflix has been everyone’s stick-to partner during the quarantine offering loads of good movies and stories. Whether you want a series to binge-watch all day, or you need a feel-good goofy movie to enjoy your weekend, Netflix has got you covered. However, if you are busy and have only a few minutes to watch some good content then you can choose to watch the new 12-minutes movie released by Netflix. If Anything Happens I Love You, is the new 12-minute movie receiving accolades since it released on Netflix on 20 November 2020.

What is the 12-minute movie on Netflix?

If Anything Happens I Love You is an animated film about two grieving parents as they struggle after losing their daughter in a school shooting. The film has been produced by Gilbert Films and Oh Good Productions. It was initially released during a private screening at the United Talent Agency in Beverly Hills on March 4, 2020, and arrived on Netflix only recently. The film is currently on #4 spot on Netflix. It’s currently ranked behind The Princess Switch: Switched Again, Cloudy with a Chance of Meatballs 2, and The Grinch.

What’s the hype all about?

Many fans gave reviews and explained how they felt after the movie and giving it the title of the ‘saddest movie’ on Netflix. The sentimental animated film has a ridiculously short runtime of 12 minutes. The tale takes place in the aftermath of a school shooting, which makes it heartbreakingly relevant in this day and age. Netflix starts the movie with a trigger movie as some group of the audience might not be able to handle the pain. The views of the movie uploaded pics of their tear-drenched face, pillows, and what not to express out how they felt.

Now if you are a person strong enough to bear these many emotions together then this is a must-watch for you. If Anything Happens I Love You is directed and written by Will McCormack who has also worked in A to Z and Michael Govier who is best known for his work on Space for Rent. McCormack and Govier also served as executive producers alongside Sydney Holland (Amnesiac), Robyn Klein (Rescue Dawn), Jayme Lemons (Enlightened), Peter Morgan from American Sniper, Jeremy Ross (Slinky), and actor Laura Dern from Big Little Lies.

Here is how fans responded –

“If Anything Happens I Love You.” has finally been added to Netflix and let me tell you.. it has me balling like a baby this morning. It is absolutely heartbreaking and every parents worst nightmare. This animated short film holds such a tremendous message! #mustwatch pic.twitter.com/YFIVh8JWZ8

no words spoken throughout it all