Westworld is a Hollywood Science fiction Television series created by Jonathan Nolan and Lisa Loy. The series is the adaptation of a 1973 film by Michael Crichton on the same name. Three seasons launched until now. Westworld Season 1 aired on 2 October 2016 following its second release on 22 April 2018. Westworld Season 3 launched on 15 March 2020; all the seasons premiered on HBO with 28 episodes. Westworld is the most-watched show on HBO to date. The series is one of the successful shows and gained immense fanbase, which is soon getting renewed one after the other. Westworld received 9 Primetime Emmy Awards, where Thandie Newton won the Primetime Emmy Award for the Oustanding Supporting Actress in 2018.

This is now. #Westworld has been renewed for Season 4.

Like every show, the filming of Westworld has also halted. HBO announced that shooting would soon be resumed and will air in late 2021 or early 2022. Sadly, we had to wait for long!! 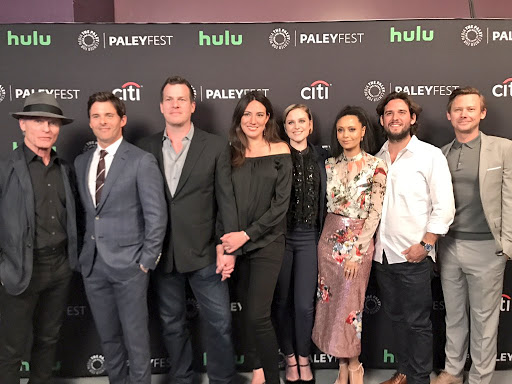 Westworld Season 3‘s conclusion was spectacular and set its bar high for the other sci-fi series and its sequel. The ending made people more thrilled and thurst for Westworld Season 4. Season 3 is quite different from Season 1 & 2, which is a dystopian sci-fi season. At present, the script is under progress and will soon turn out to shoot. The forthcoming season will follow ten episodes like season 1 & 2?? or eight episodes like season 3??? Well, sources state that this might be the last season!! What do you think?? will this be the finale?? We wouldn’t know until HBO making its official announcement.

Bringing up the series to an end with the finale is the most complicated challenge that the makers had to go through!! On this note, we expect Westworld Season 4 to shot at diverse locations and a complete set of a talented cast to make it a grand premiere.