Weathering with You Blu-ray: Release Date, Plot, Cast, and much more! 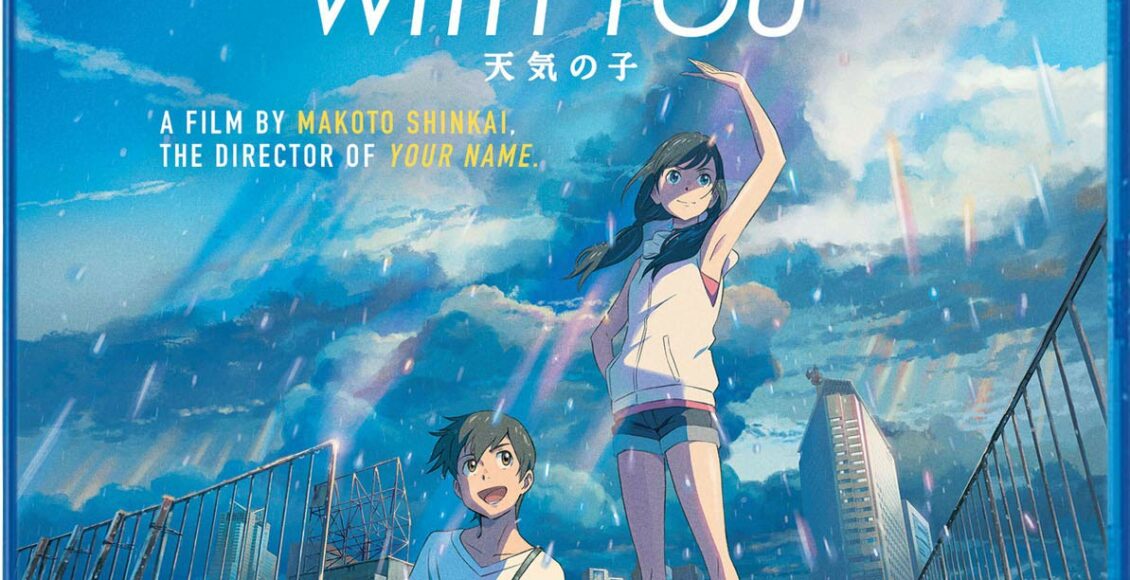 “Weathering with You” or “Child Of Weather” is an animated Japanese fantasy movie based on a novel by Shinkai. “Makoto Shinkai” is the writer and director of the film. It released on July 19, 2019. The producers of the movie are CoMix Wave Films, Genki Kawamura, and Story Inc. The film has won many awards like Best International Feature Film, Annie Award, and more.

Movie: WEATHERING WITH YOU from Makoto Shinkai (#YourName)
?️ #WeatheringWithYou out on Digital on 8/4 and Blu-ray, DVD & Steelbook on 9/15! More info on Collector's Edition coming soon…
☔ https://t.co/QoUTq1Qt31 pic.twitter.com/zkEOscBmN2

The story takes place in Japan during the period of rainy weather. It portrays a high school boy named “Hodaka Morishima” who ran away from home to Tokyo, where he befriends an orphan girl, “Hina Amano.” She can change the weather just by praying.

The film is now going to be on Blu-ray! Let’s look into the details!

“Weathering With You” released on July 19, 2019. Due to its unique story, the film received love from fans around the globe. To our surprise, it’ll be available on Blu-ray now!

The expected date for it to release on Blu-ray is September 15, 2020. Until then, you can watch it on Netflix, Amazon Prime, and Hulu.

The voice cast of the “Weathering With You” includes –

The film has various talented voice actors overall we can say its a must watch the movie. If you’re an anime fan, then you must have already watched it! If you haven’t, then, I suggest you should watch it!

The film revolves around Hodaka Morishima, a high school boy who runs away from home to Tokyo. While going to Tokyo, unfortunately, his ferry gets hit by a storm. However, he gets lucky as Keisuke Suga saves him. He hires him as assistance to his publishing company. Hodaka finds a gun in the garbage and picked it up, thinking its a toy gun. He met Hina, an employee of McDonald’s; she gives him food to eat when she saw that he was struggling.

One day Hodaka saw Hina getting bullied by her boss. To help her, he fires the gun to scare the owner. After escaping from this incident, Hina shows him her ability to change the weather by praying. They both start the business of event management, which was a success due to Hina’s ability to clear the weather. Meanwhile, Suga fires him as cops interrogate Hodaka due to the firing incident.

While running away from all of this mess, Hina disappears in the sky as a heavy rainstorm catches them. Hodaka falls in love with Hina, and he gives his all to bring Hina back to earth. After returning to earth, Hina, Hodaka, Natsumi, Nagi, and Suga gets arrested, and the rainstorm resumes. After three years, Hodaka graduates from high school and returns to Tokyo only to find Hina on the street praying while looking at the drowned city. In the end, Hodaka promising her that they will be alright.

Australia witnesses rise in number of COVID-19 cases, self-isolation is a must says state leader