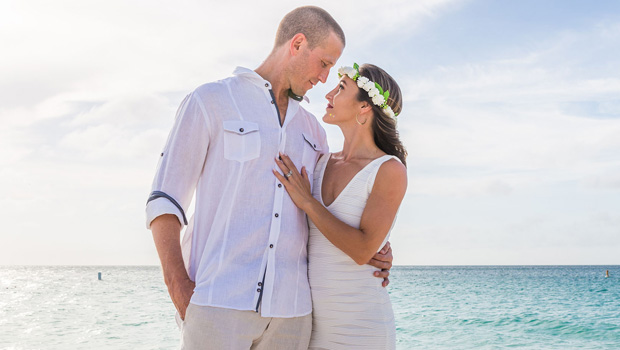 Ashley Hebert and J.P. Rosenbaum first met while shooting for a Hollywood TV show ‘The Bachelorette.’ J.P. made a love proposal to Ashley on the show, she accepts him, and they both happily married in 2012. Their Wedding was shot as a special episode that aired on TV, and they lived happily ever after. In September 2014, their son Fordham Rhys was born. Later in May 2016, the couple announced that they are expecting to have their second girl child. Their daughter Essie Reese entered the cute family in November 2016. Things went well, but there comes the sad news. In 2019 J.P Rosenbaum announced that he was suffering from a disorder called Guillain Barre.

Guillain Barre is a rare disorder that weakens your immune system and nerves, which might further paralyze your whole body. During the tough times, his wife was with him and stated that he responded well to the treatment.
Despite the unforgettable love they shared, they parted their ways. Yes, you read that, right! It was also challenging for me to realize. In October 2020, the couple announced their separation after a few months since they got apart. We saw their intense love on the TV and even after the show. Shockingly, the pair didn’t stick together.

However, in the post, they mentioned that their divorce is amicable, and the decision hurts no one. J.P Rosenbaum

stated that they were going through something and tried working on the differences. Still, sadly separation is the only solution they found as they felt that the two are completely different persons. He said that they created two beautiful persons in their lives: their kids and moments that they can cherish for a lifetime.

Essie‘s birthday bumps are super cool. The cute cartoon decor and LOL theme cake are unique. Both Fordham and Essie had great fun with the party thrown by their parents. The siblings look so adorable in their cute outfits with all smiles and joy. Fordham looks like a mini JP, and Essie the same as Ashley. We hope their separation doesn’t affect either theirs or their children’s lives: Belated Happy Birthday, little Essie.