The Kissing Booth 2 is based on the novel with the same name. The book is available in the form of an ebook or hardcopy on Amazon. The first part of the movie was telecasted on 11 May 2018 on Netflix. The show is about two best friends, “Lee Flynn and Elle Evans” have a set of 10 rules which they cannot break. But Elle breaks the rule no 9 which is, “Noah Flynn” Lee’s brother is off-limits and Rule no 10 “Never Break Rule no 9”. The 10th rule is made so that you think twice before breaking a rule no 9. but Elle ends up falling in love with Noah. Obviously, who would say no to “Noah Flynn”! 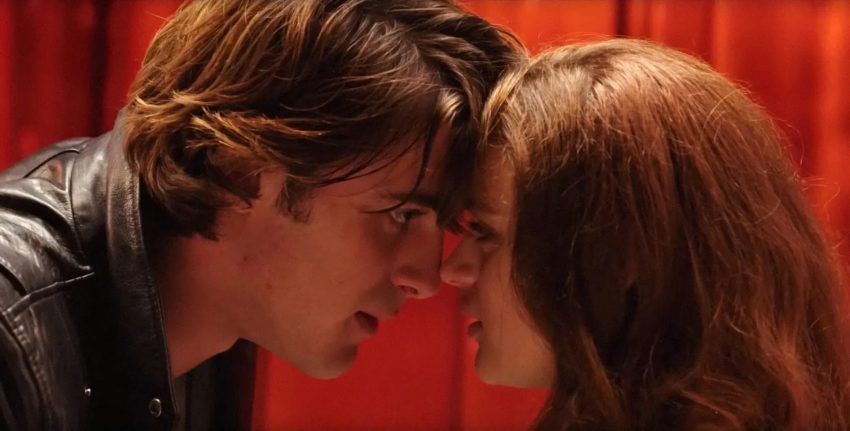 The story takes a twist when Noah falls for Elle and they both try to sneak up with their relationship. but Lee knows the truth and gets disappointed. However in the end both find their way back into each other’s heart but Noah had to leave for Harward and Elle will continue her senior year in the same town. The story ended sadly and that’s the reason it was demanded for the second part!

The Release Date of Kissing Booth 2: Going the Distance:

The second part of Kissing Booth is releasing on Netflix on 24 July 2020! The show will add a spice mix with new characters entering the show! The first part was a success as it received many positive reviews but was saddened by the fact of Elle and Noah’s movie apart from each other’s life with Noah giving a forehead kiss to Elle.

The cast of Kissing Booth 2: Going the Distance: 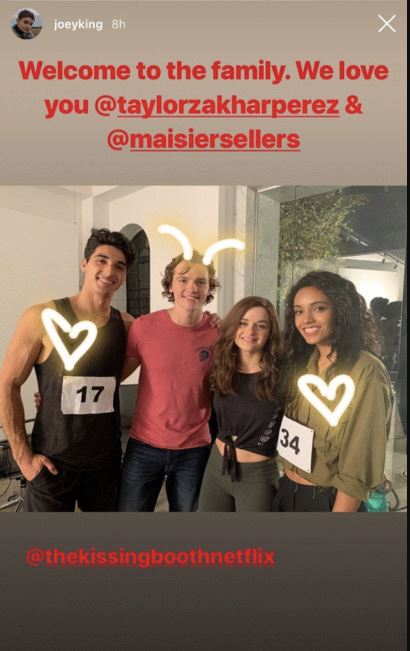 “Joey king” aka Elle, the female lead of the first part posted a video of her with he new cast who will be joining in the sequel. If you haven’t recognized “Maisie Richardson-Sellers” is the star wars actress who played the character of “Korr Sella”. Also, the new male character played by “Taylor Perez” coming in competition for “Noah Flynn”. He is the raw face, a model, and launching on the box office with this hit sequel. Also, “Brad Evans” played by an 11-year old boy by “Carson White” will come back in part 2. The season also excites us as Joey king and “Jacob Elordi” aka Noah had a relationship in real world but they are separated. The fans were sad about the fact but no worries as we will see them back in second part. I hope they find their way back!

The story begins with Elle continuing the show and maybe she will meet “Marco” aka “Taylor Perez”. On the other side, Noah will meet “Maisie Richardson-Sellers” in Harward and her character is not yet mentioned. It is expected that both the characters Elle and Noah might not make it together in the end. as both characters have a companion in each other’s life. what if one of them falls and other doesnt? I can see a love triangle about to hit 2020!

- Subscribe us on Google News Get the Latest news updates on WhatsApp & Telegram by subscribing to our channels.
Tags
The Kissing Booth 2