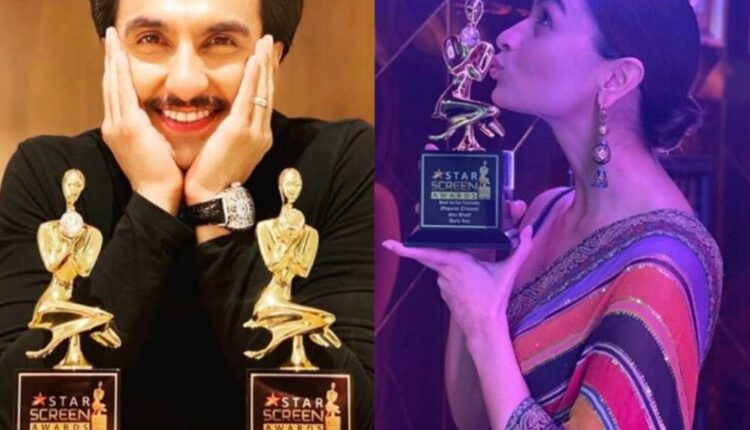 Gully boy actors Ranveer Singh and Alia Bhatt bagged the awards for the category of best actors male and female respectively. Interesting thing is, they won this award last year too these accolades last year too, but for Padmavaat and Raazi. Read on to know the other winners of Star Screen Awards.

Gosh! ? Double Whammy! ?? ‘Best Actor in a Leading Role’ for #GullyBoy & ‘Entertainer of the Year’ at the #StarScreenAwards

Congratulations to all the winners!