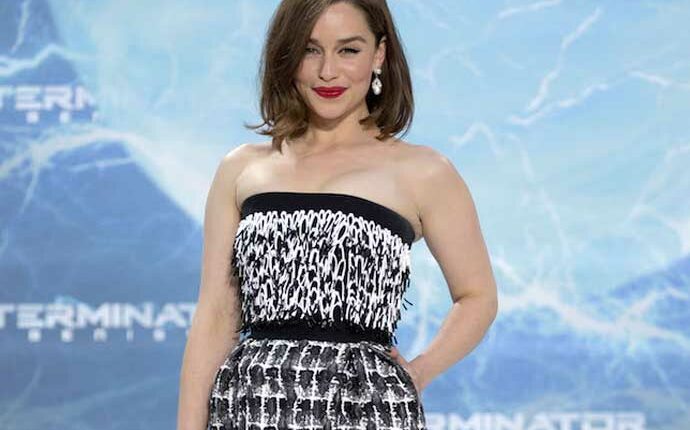 Game Of Thrones star Emilia Clarke has recently revealed that filming the nude scenes were “hard” and at times would land her in tears during certain scenes.

Taking off clothes on-camera was not the easiest thing for the actress. And if filming the explicit scenes in front of the entire crew wasn’t embarrassing and uncomfortable enough, her brother being the cameraman on show was like adding fuel to the fire.

The London born Actress was 23, when she bagged the role of Daenerys Targaryen on the HBO show. It turned out to be her first break in the industry.

Speaking on actor Dax Shepard’s podcast Armchair Expert, she agreed filming them was often “terrifying” and hated doing them.

Emilia Clarke, now 33, told on the podcast: “I took the job [on Game Of Thrones] and then they sent me the scripts and I was reading them, and I was like, ‘Oh, there’s the catch!’

“But I’d come fresh from drama school and I approached it as a job: if it’s in the script then it’s clearly needed. This is what this is and I’m going to make sense of it and that’s what I’m going to do and everything’s going to be cool”, she further added.

Her co-star, Jason Momoa, who played the role of her love interest, often helped her through the first series.

On the podcast, Shepard mentioned an infamous season one scene in which Momoa’s character, Khal Drogo – an abusive warlord husband, “virtually rapes” Daenerys on their wedding night.

To which she said, “I’ve had so many people say so many things to me about Khaleesi’s nudity in the show. But people wouldn’t care about her if you hadn’t had seen her be abused. So you had to see it.”

While talking about Momoa she said, “He was crying more than I was.”

She added: “It’s only now that I realise how fortunate I was with that, because that could have gone many, many, many different ways”.

“He was always like, ‘Can we get her a f**king robe? She’s shivering!’ … He was so kind and considerate and cared about me as a human being.”

Emilia Clarke also revealed Momoa encouraged her to speak up about her reservations and said she became more “savvy” in her later roles.

On the work front Emilia is starring in a festive romcom ‘Last Christmas.’