The thought-provoking story of Barbarians pulls the audience towards the show. One of Netflix’s most-watched shows! 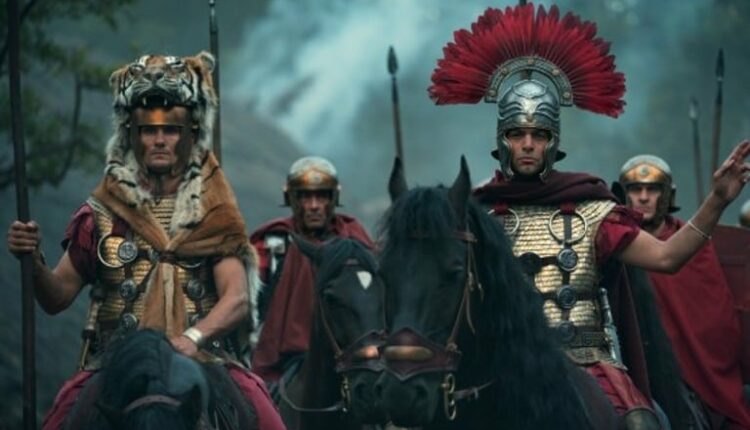 Barbarians is a German web series about ancient Germany consisting of sex, action, love, betrayal, and adventure elements. Barbarians is created by Andreas Heckmann, Arne Nolting, and Jan Martin Scharf, which focused on bringing up the grand battle in AD 9. The series consisted of six deadly episodes, and you stream them right away available on Netflix. The story that changed the governance of Europe.

Netflix‘s brand new show “Barbarians” dropped all its six episodes on 23 October 2020, and it is running successfully with the maximum number of viewers.

The main cast of the Barbarians include-

The plot is based on a true story where the ancient families sold women for attaining specific powers. The thought-provoking story exposed the obstacles faced by the Barbarians in ancient times and brought the famous battle held between the Germans and the roman knights that could change the lives of the Europeans. The Roman empire gets defied by a group of German tribes in the Teutoburg forest battle who were considered primitive.

The violent battle story was narrated by three childhood friends Thusnelda, Arminius, and Folkwin, who kept their alliance private. Soon after the defeat, the Roman governor plans a sketch to attack the German tribes in the night, designating

Ariminius one of his most dependable champions. And here comes the game-changer as the governor doesn’t know that he had strong connections with Thusnelda and Folkwin Ariminius heads as the governor insists faking his battle and proves that he killed Folkwin, whom he kept safe in real. And in the end, we see Thusnelda making a sacrifice to protect their alliance against the Roman empire.

As soon as Netflix’s show dropped, spectators binged the show immediately and are thrusting for Barbarians Season 2 now. Well, it’s not even a couple of days since the show launched, and it is insane to expect Season 2 very soon. We hope the show gets renewed as quickly as possible. We are waiting for Netflix‘s official announcement. We thoroughly loved the Barbarians series, the battles, alliances, and betrayals are portrayed in an excellent manner that captivated the audience. If you haven’t streamed the series yet, watch it right away on Netflix. You will love the Barbarians.