“The Big Bull” did not reach people’s expectations! A huge disappointment to Scam 1992 fans 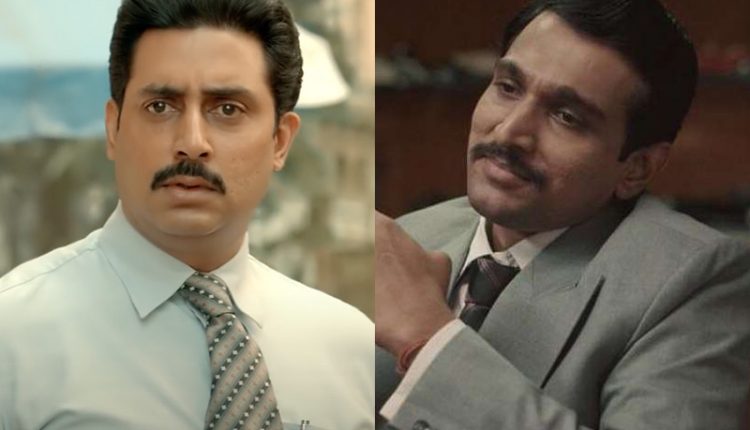 I love to watch actors taking up challenging roles! Don’t you? One of such roles is Hemant Shah played by Abhishek Bachchan in “The Big Bull.” The actor was last seen on Netflix‘s “Ludo” which was a major hit and a turnover to Bachchan‘s acting career which roped him into “The Big Bull.” We can see the new look of Abhishek Bachhan with a clean shave, shaggy mustache, and transparent glasses.

“The Big Bull” is a Bollywood crime drama directed by Kookie Gulati and produced by Ajay Devgn, Anand Pandit, Vikrant Sharma, and Kumar Mangat Pathak. Alongside the director, Arjun Dhawan and Ritesh Shah served as the writers of the film. The film is a documentary based on the life of Harshad Mehta. 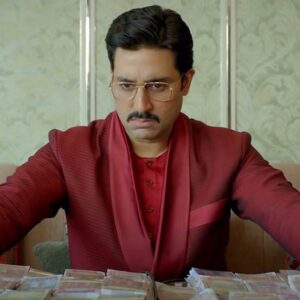 The shooting of the film commenced in September 2019 but the schedule later got postponed due to the pandemic halt. The release of the film shifted from a theatrical release to an OTT release. Four days ago i.e, on April 8, 2021, the crime drama was available to watch on Disney+Hotstar.

The main characters of the film- 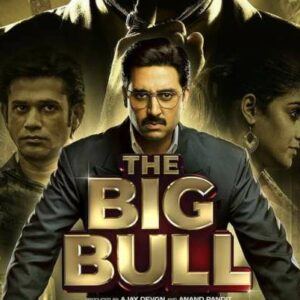 There are a lot more interesting characters portrayed in the film that would surely excite you.

A quick review of the film

The documentary did not reach up to people’s expectations! The beginning of the drama was simple and there’s nothing spectacular to mention. Hemant‘s transformation from a middle-class common man to a stockbroker was shown dramatically. Moving on, the scenes got intense when Hemant‘s dream as a stockbroker was broken and he had to communicate with the police for his manipulation and scams. 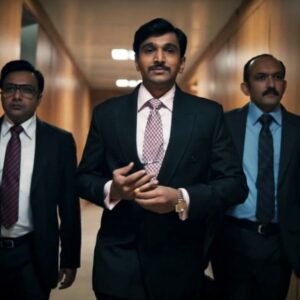 The dialogues are not so strong and the story might bore you in few scenes and seem unnecessary. A lot of things can be improved and felt like life is missing in the characters and the play! The drama could be more realistic and portrayed well! It made people feel like the real story is better than the added fiction! Illeana D’cruz as a journalist did justice to the role and so did Abhishek Bachchan, he tried to depict the mannerism and live the character of Harshad Mehta. The role of Hemant Shah was initially offered to Varun Dhawan, do you think Varun Dhawan could’ve performed better? Drop your views in the comments section below! To be honest, Scam 1992 that featured Pratik Gandhi as the main lead astonished the audience. The characters, storyline, background score, and performance were impeccable.

Did you watch the film yet?? If not watch it right away streaming on Disney+Hotstar.