Tell Me Your Secrets: Release Date, Cast, Plot, and Trailer 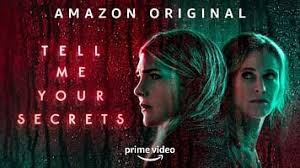 Are you deficient of some thrill? Well then, Amazon Prime Video will make your deficiency vanish this February. But before that, let me ask you a question. Do you have a secret that you are scared to share? Or did you ever experience something that left you scared? Have you ever lost someone dear to you? If your answer to any one of the questions is yes, then you have to watch my today’s recommendation. A perfect blend of thrill and mystery, Tell Me Your Secrets will stream soon on Prime Video. The creator and writer, Harriet Warner seems confident of the plot. Initially, Tell Me Your Secrets was going to release on a network called TNT but at last, Amazon Prime Video came into view. What do you think it will be about? Read ahead, and know about it yourself. 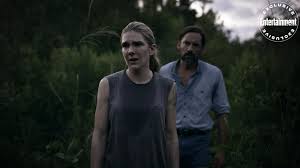 Release Date: Tell Me Your Secrets

Cast: Tell Me Your Secrets

As a new series, Tell Me Your Secrets gathered an impressive cast. It stars Lily Rabe 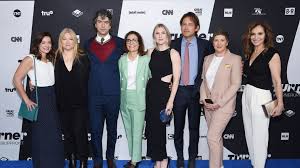 Plot: Tell Me Your Secrets

We will be following three different characters through their struggles. The first character is a loving mother, Mary. She is devastated as her daughter is missing and does everything in her power to get her back home. Will she reunite with her daughter? The second character is a young lady, Emma. She is frightened to her guts after a skeptical incident. Her life changed the moment she got an eye-contact with the murderer. Will she always be scared? The third character is a serial killer, John. He is restless and in search of redemption for his doings. Will John ever find inner peace?

With all these questions in mind, I watched the trailer but now I am more troubled. The trailer looks intriguing and it will be stuck in your head for a while. You guys don’t believe me? Go on, watch it yourself. And for more updates about what’s new keep following my articles. I do have another suggestion for you. The Crew is coming to Netflix soon, follow up.

Trailer: Will Emma, John, and Mary have peace at last?

FAU-G vs PUBG Mobile Which is Better