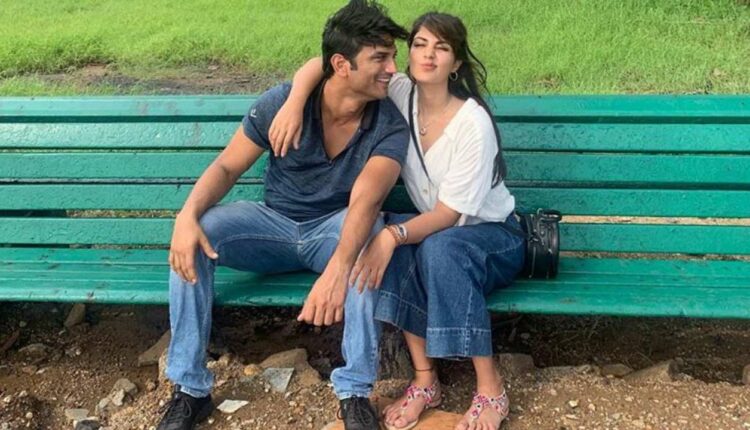 The CBI has handed over the case to SIT. This is the same SIT that investigated Vijay Mallya and the VIP Chopper scam. The investigation will be under the supervision of Joint Director Manoj Shashidhar and DIG Gagandeep Gambhir. Both are Gujarat cadre IPS. The investigation team will be headed by SP Nupur Prasad. Nupur Prasad is also investigating the Srujan scandal and the case of journalist Upendra Rai.

Sushant’s aide Samuel Miranda was questioned by the Enforcement Directorate (ED) on Thursday. The ED had registered a case of money laundering against Rhea Chakraborty and her family members. Sushant’s family accused Rhea of withdrawing Rs 15 crore from the actor’s account. The ED had registered a case under the Prevention of Money Laundering Act.

A four-member Patna police team that was investigating the Sushant Singh case came back to Patna on Thursday. This team will submit the report to SSP Upendra Sharma and IG Sanjay Singh. After this, the SSP and IG will go to the police headquarters and meet the DGP.

In the case of Sushant’s suicide, his father KK Singh had filed a case in Patna’s Rajiv Nagar police station. After this, 4 officers of Patna Police went to Mumbai for investigation. SP Vinay Tiwari, who went to Mumbai, is not coming back. He has been placed by the BMC in quarantine.

Advocate Vineet Dhanda filed a petition in the Supreme Court on Tuesday. It has also demanded a direction to the CBI to investigate the death of Sushant’s former manager Disha Salian. He claims that the two cases are linked. Citing media reports, he said that the file of Salian’s case is missing or deleted. Bihar Police offered to help recover the deleted folder again, but the Mumbai Police did not grant the permission.

Disha Salian died on 8 June after falling from the 14th floor in Malad, Mumbai. The petition said that Sushant Singh allegedly committed suicide on 14 June a week later, which raises suspicion.

Disha’s father said- daughter did not join any party

Meanwhile, on Tuesday, Disha’s father complained to the Mumbai police of defaming his daughter. He also said that Disha neither joined any party nor was she raped. Disha’s father said in the complaint that some people are writing wrong things about his daughter on social media.

Disha’s final report has revealed that she died due to head injuries and some unnatural injuries. The main cause of death was falling from the 14th floor of the building, as told by doctors.

BJP MP Narayan Rane alleged that Disha was raped first and later murdered. He had also given the reference of the autopsy report