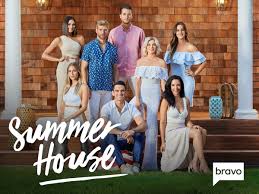 What do you think you will be doing with friends in a summer house? Maybe, you will have a lot of fun. But, what if you are there with a bunch of strangers? The joint production of Left Hook Media and True Entertainment Media, Summer House can give you a clue for this. When the first season of this reality show aired in 2017, it was a huge success. Now, Bravo’s reality television series, Summer House is all set to air its fifth season this February. 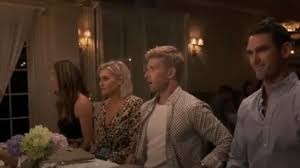 We will be having a lot of fun while following this group in midst of the global pandemic. Summer House Season 5 will return to Bravo’s screen with the ‘quaranteam’ on 4 February 2021. This season will showcase the life of housemates in the ongoing pandemic conditions. So, the fans who followed all the four seasons throughout the forty-eight episodes will have some more. You guys can tune in to the channel at 9:00 p.m. ET to watch it.

As a television show, Summer House had a variable cast with a few constant and recurring roles. Summer House Season 5 will have the following nine members this summer: 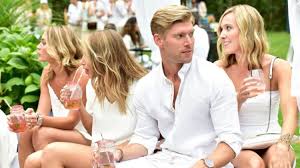 Ready to leave the hustle of the cities and fun in the summer house? This Thursday you will see your favorite Summer House characters doing stuff TOGETHER!! We will see the quaranteam welcoming a new member in the house this summer. Hopefully, the coming six weeks of the summer will be more pleasant with the new member, or will it? This year the relationships between the housemates are complicated which will create a mess and we will get a lot of drama out of this season.

In the first season, the main cast which had nine members made friends with each other and had the fun they never imagined. The subsequent seasons of the television reality show had the same format with some of the main cast changing in each. The filming location changed too from the second season. Three members are in the main cast since the first season. Every season welcomed new members in the house with open arms. The relationship between these nine members grows at its own pace throughout the summer.

When we are talking about strangers turning into friends, I have one more thing in my mind. Netflix will soon premiere Firefly Lane. It will be a story about two best friends. For updates on more Hollywood series and TV shows, stay tuned!

Trailer: Who is getting married?

Which Game to Play FAU-G or Call of Duty