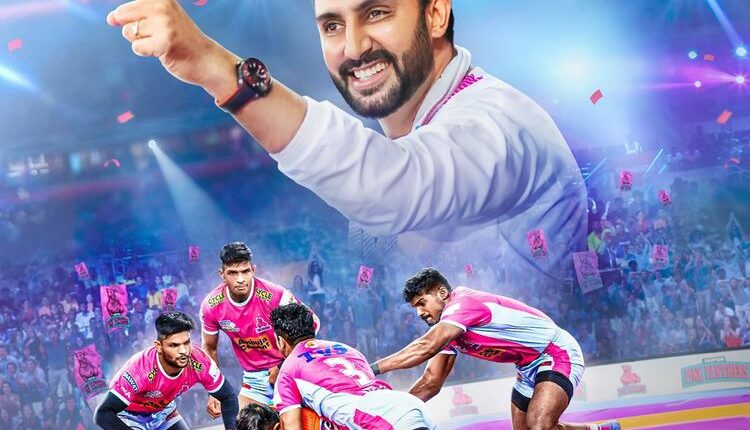 After releasing the amazing poster, Amazon Prime Video dropped the official trailer for Sons Of the Soil. The Amazon Original docuseries is all set to take the fans through the journey of the Jaipur Pink Panthers, a pro kabaddi team owned by Abhishek Bachchan. This unscripted sports documentary series is directed by Alex Gale.

The trailer shows clips of Abhishek Bachchan while mentoring his team through the highs and lows of making it in various championships.  The trailer starts off with a montage of the failures faced by the Jaipur Pink Panthers as they endeavor to win the Pro Kabaddi League title. The trailer showcases all the team members hustling and losing their morale while commentators talk about their need to survive in the league with a strong comeback.

Abhishek Bachchan shared the trailer on his Instagram ID and wrote, “Sons Of The Soil Official Trailer. I’ve always been inspired by their game, but their journey has touched my heart in more ways than one.”

As the team completely lost hope, their mentor, Abhishek Bachchan steps in to motivate and encourage them to work towards their victory.

During the narration of events, Abhishek is heard betting for his team although they are going through their ‘failure phase’ and having fights with each other.  “Nobody likes to deal with failure,” is definitely a ‘hit’ dialogue of the documentary. There are also shots of Amitabh Bachchan looking nervous while seated in the audience stand and supporting his son’s team.

The trailer of the docu-series offers shots of the players’ world, the craze for one of the country’s oldest sports, and the team’s thirst to win the Pro Kabaddi League title.  Sons of the Soil is all set to stream on Amazon Prime Videos from December 4.

On the day of the trailer launch, Abhishek referred to an issue and stated “Kabaddi is one sport that cannot be played well without teamwork, and that is the ethos of our Jaipur Pink Panthers family. I am delighted to team-up with Amazon Prime Video to tell the inspiring story of Jaipur Pink Panthers to the global audience.”

Adding, he said, “I had made my digital debut with Amazon Original Series, Breathe: Into the Shadows so sharing the unfiltered story of my team, Jaipur Pink Panthers, through this global service made absolute sense. Sons of the Soil: Jaipur Pink Panthers promises to take the audience on a motivational ride as the players and the team aim to win the seventh season of the Pro Kabaddi League. I believe, we have created a show that will engage and inspire the audience.”