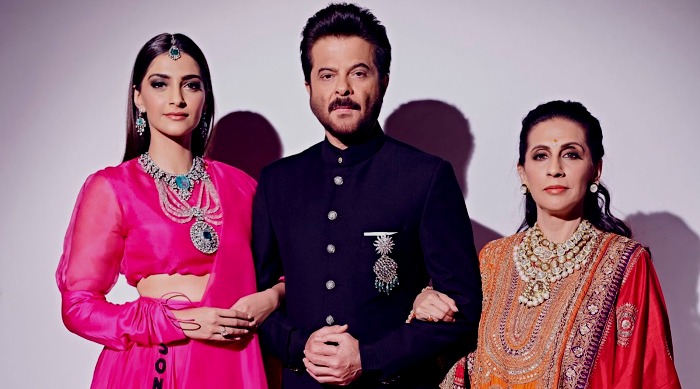 Sonam Kapoor Ahuja stated that her mental health was affected by the allegations made on her, her family, and friends post-Sushanth Singh Rajput‘s demise. The unfortunate decease of SSR blamed star kids for his death. In her latest interview with cosmopolitan, she spoke up for herself and colleagues who were targeted mistakenly and trolled mercilessly. She also restricted the comments section of her and her parents’ social media profiles because she couldn’t handle the pressure and hate she received from people. Sonam stated that the move isn’t out of fear, but she was worried about her parents as they are old and couldn’t take those comments to their hearts.
Sonam banged a few people who targeted her and passed abusive comments on her posts. The actress also shared screenshots of the comments and a few dm’s that were disgusting, which disturbed her mental peace. She was affected by these over the last few months and felt better later.

is also in London; he celebrated his birthday recently with Sonam. Rhea Kapoor is at their Mumbai residence itself, and she celebrated Diwali with her intimates this year.

Wishing a happy Diwali from Ahuja‘s family, the actress also shared a throwback picture with her husband’s family. She captioned that she misses the family, food, and Delhi. She also shared a beautiful picture of the two on Diwali’s occasion and hoped they would celebrate Diwali with their families next year.

Lately, we’ve seen the happy pictures of people and celebrities celebrating Diwali joyously with their families, but it is not the same with Sonam this year. We hope that the family soon gets back together and celebrate love like they usually do. Happy Diwali, everyone. May this Diwali brighten up your dull days, filling joy and happiness. Have a happy and safe Diwali.
Sonam Kapoor Ahuja was last seen on screen in the film The Zoya Factor beside Dulquer Salman. It’s been a year since we saw Sonam on screen. However, new projects are coming up. We will see the actress in the blockbuster hit Veere Di Wedding‘s sequel. Veere Di Wedding received an excellent response that focused on the four women’s lifestyle.

The Hardy Boys on Hulu: Release Date, Cast and Plot.