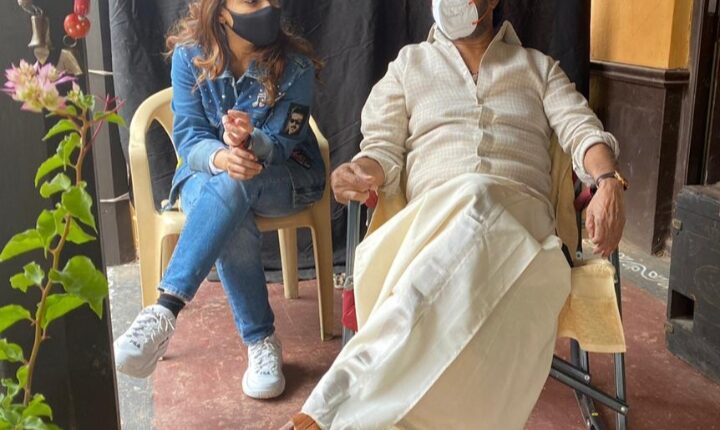 Superstar Rajinikanth has resumed shooting for his film ‘Annaatthe’. For this, he has now reached Hyderabad. Actress Nayantara has also reached the spot for the shooting of the film. The film is also casting Keerthy Suresh, Khushboo, Jackie Shroff, Meena and Prakash Raj in the lead roles.

The shooting of ‘Annathe’ has resumed against the backdrop of superstar Rajinikanth’s talk of being active in politics. The film also stars Nayantara, a famous actress from the south. She will be seen in a role opposite Rajinikanth. The film will be produced by Sun Pictures.

The shooting of the film had started in February. The shooting was later halted due to a coronavirus pandemic. Sun Pictures shared some photos on its Twitter handle. It features Rajinikanth in a white kurta and pyjamas. In another photo, he is seen greeting his fans. While sharing this photo, it was written under it that ‘Superstar Rajinikanth is leaving for Hyderabad to shoot his film’ Annaatthe ‘.

Two days ago, Rajinikanth’s daughter Aishwarya R. Dhanush shared a photo with Rajinikanth. In this photo, Rajinikanth and Aishwarya are sitting in a chair chatting. Both of them seem to be wearing masks.