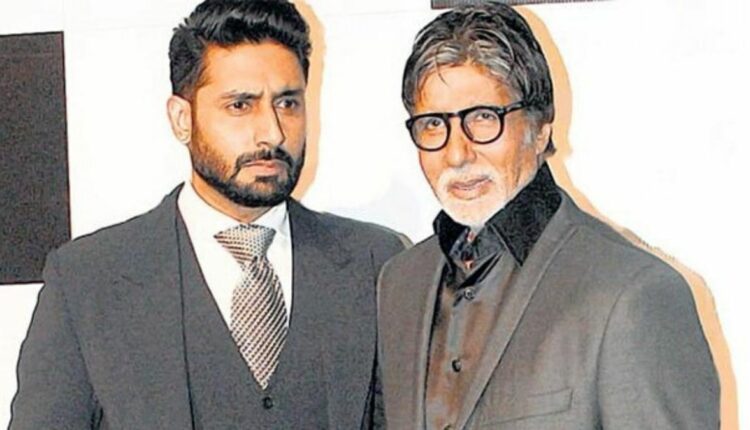 Amitabh Bachchan and his son Abhishek Bachchan have tested positive for the COVID-19. Amitabh himself told the netizens about this disease on Twitter. The Public Relations Officer (PRO) of Nanavati Super Specialty Hospital told on Sunday morning that Amitabh has mild symptoms and is kept in an isolation ward. A sample has also been taken of all the people residing in the house, be it Amitabh’s family or the staff. The report of all the people will come today.

Jaya Bachchan, Aishwarya along with AAradhya’s report of COVID-19 antigen test has been recorded negative. Director of Critical Care Services, Nanavati Hospital, Dr. Abdul S. Ansari told the media at 3 am that Amitabh’s condition is better than before and he is comfortable. His initial reports are satisfying.

Appeal: Amitabh himself took the initiative

Amitabh has tweeted and appealed to all those people who came in contact with him in the last 10 days to get the corona test done. Earlier, the reports of Jaya Bachchan and Aishwarya Rai Bachchan were negative. But late last night, Maharashtra Health Minister Dr. Rajesh Tope said that Jaya-Aishwarya and granddaughter Aaradhya’s test were done late so the reports will come by Sunday evening.

Amitabh Bachchan has asthma, liver, and kidney problems for the past 38 years. The 77-year-old personality is having a blurred vision which he told 3 months ago. he often has to go to Nanavati Hospital for a health checkup. In October last year too, Amitabh Bachchan’s health suddenly worsened at 2 pm. He was then admitted for 3 days.

On the question of how the corridor reached the Bachchan family, sources are being quoted saying that possibly due to Abhishek Bachchan’s exit, the corona has reached the family. Recently, Abhishek’s first web series ‘Breath’ has been launched. For the editing of this series, he was going to Sound and Dubbing Studio near his Juhu bungalow. Amitabh was not going out of the house at all nor was he meeting people from outside.

It is being told that from there, due to an infected person, Abhishek first became positive, and then Amitabh must also have been infected with them. After this information was revealed, Sound and Dubbing Studio have been sealed and all the people who visit there are being traced.

Big B himself tweeted

On Saturday evening, Amitabh Bachchan tweeted that, “I have been found corona positive. I have been hospitalized. My family and staff have been tested. Their report is awaited. I request all those who have come in contact with me in the last 10 days to get their tests done.

Abhishek wrote in his tweet- ‘Today both of us, my father and I am COVID 19 positive. We both have mild symptoms, after which we are hospitalized. We have given information to all the necessary authorities and our family and staff members are being tested. I request everyone to remain calm and not spread panic. Thank you.’