Ah, Samurai Jack! As a 90’s kid, the name brings back fond memories. After the franchise released its fifth and last season in 2017, fans have yet another chance to relive the character. However, this time, Jack returns, not on tv, but in a video game named Samurai Jack Battle Through Time. Adult Swim Games and Soleil Games are involved with its development.

The developers have declared that the game will be available to play from this August 21st. Moreover, it’ll be available on Microsoft Windows, PS4, Xbox One and Nintendo Switch. However, whether the game will have a release on the next generation of consoles we aren’t sure.

In another good news for the fans, the game will fe ature the voice cast of the animated series. Therefore, Phil Lamarr

will voice the iconic Samurai. Additionally, Greg Baldwin will also return to lend his legendary voice to Aku. Tara Strong, who voices Ashi, in the fifth season of the animated series, also reprises her role in the game.

From what we have seen, the gameplay looks sleek and stunning. The upcoming game masterfully shows off the classic 2D art style in 3D rendering. Players will control the master samurai himself. Plus, gamers can also improve Jack’s skill set through a skill tree.

As for combat, the sword will be the primary weapon. However, it won’t be the only one. As per the developers, players can acquire and master multiple weapons. And the emphasis will be on well-timed moves and tactical manoeuvres. Samurai Jack Battle Through Time also features an element of hack and slash fights. Hence, there will be multiple combo options. 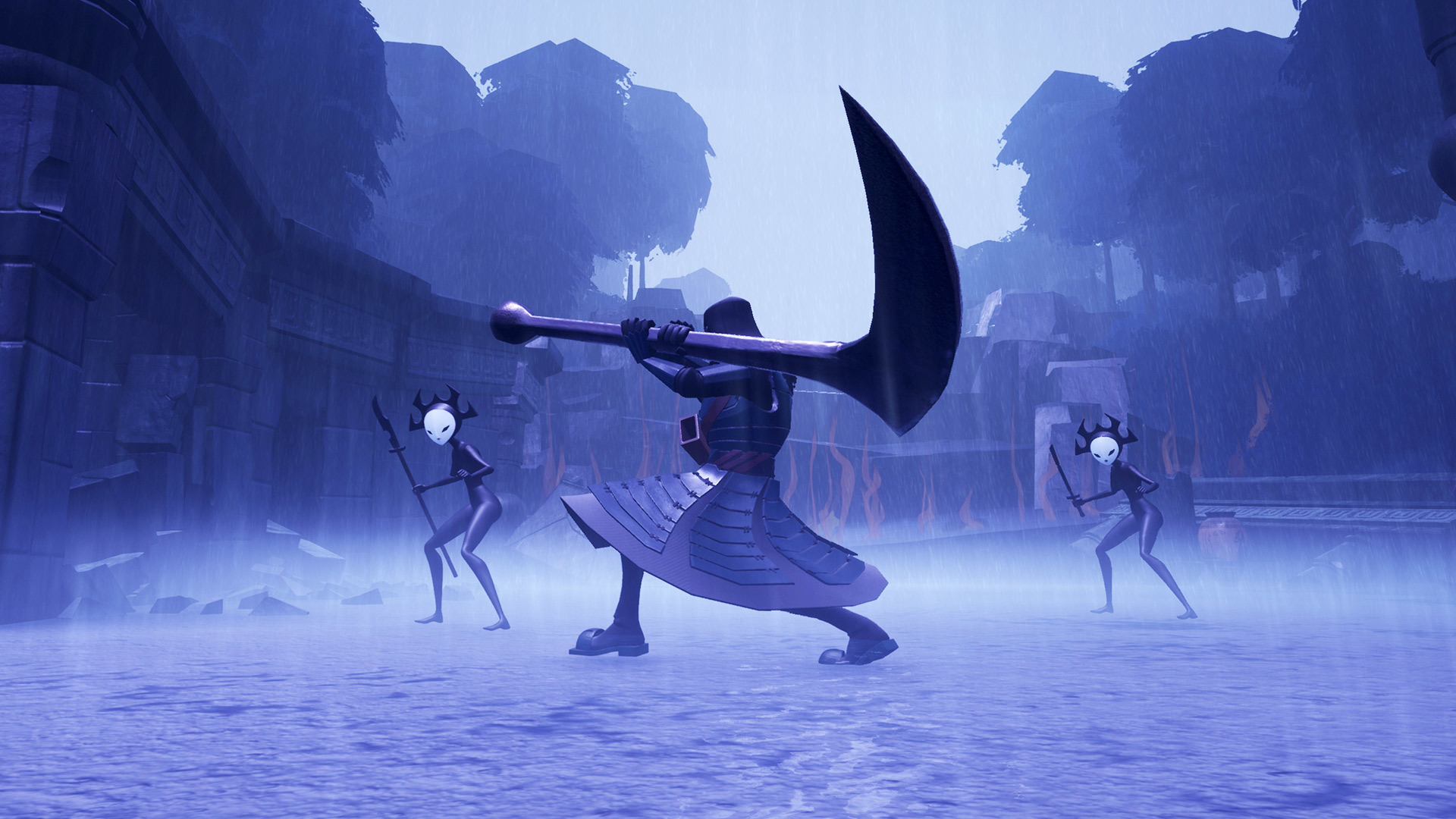 Phil Lamarr, the voice of Jack, has revealed that the game will have an intrinsic connection to the final animated series. As Jack returns to the past to defeat Aku, the demon sends him back through time. Hence, the Samurai will have to fight through numerous enemies to accomplish his goals. Throughout the game, players will be able to relive most of Jack’s greatest adventures.

If you, like me, can’t wait to get a look at the game, I suggest you watch the trailer here.