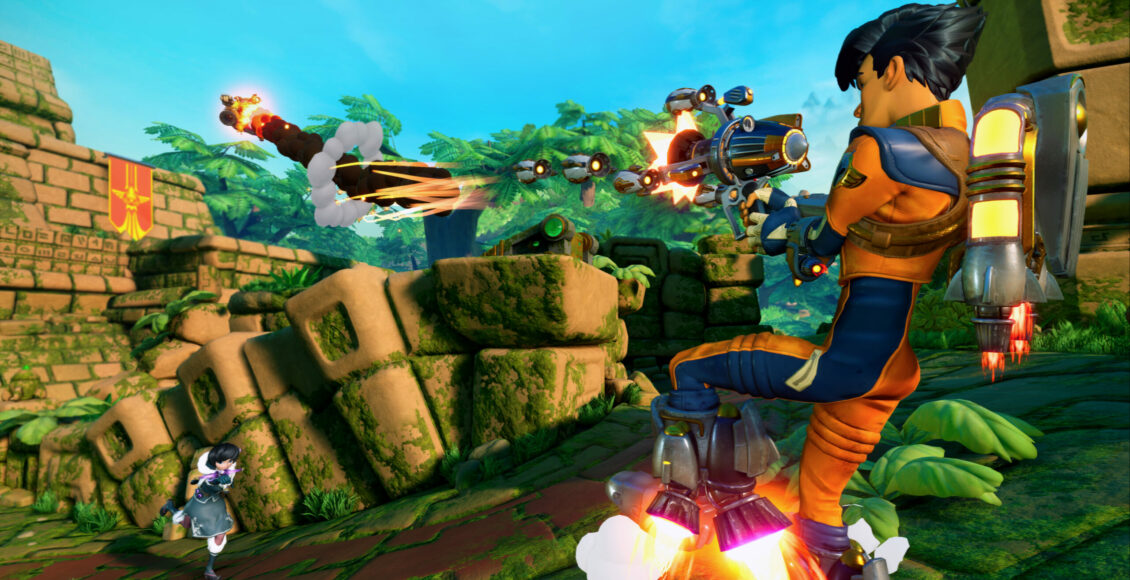 Rocket Arena: Another shooting game but here we will have rockets launching instead of a bullet! We had a no of series of shooting games like the counter striker, PlayerUnknown’s Battlegrounds, and more! But those games were very sharp with respect to characters and this game is very bubbly.

The colors are more like Temple run games and the characters are like subway surf! However, the game can be played by the third player and the trailer seem fun! Stick with me to know everything about the gameplay!

The game is set to release on 14 July 2020. The trailer was launched recently on 20th June 2020! The user’s comment that “a strange mix of Overwatch and Smash Bros.”

There are 10 players in the gameplay;-

Amphora, a female character who aims water rockets very well and is aiming her goal to achieve the giant crystal which lies at the center of her home. Her rocket powers include Charged Torpedo, Hydro Form, and Bouncy Mines. Blackbeard, as the name, suggests gas beard and has a pirate kinda look! His powers include Rocket Cannonball and Shockwave. Boone, he looks kind the Rock, his rocket powers include Blunderblast. Also, Izell, Jayto, Kayi, Mysteen, Plink, Rev, and Topnotch.

A place named Carter is filled with beautiful beaches, exotic destinations, public transportation, and above all they have a rocket! Their aim is to protect the people in Crater!  They have different ammunition and special skill set. A character also has a creature to help him! We also see Amphora leading the game! The official page has also shared this video wherein the player dodges the opponent and a combo mode! The page has also revealed the character’s powers separately on its official page!

If you like this article you can read my article on Top 3 upcoming games.

TikTok removed 4.9 crore videos violating the guidelines in the second half of 2019