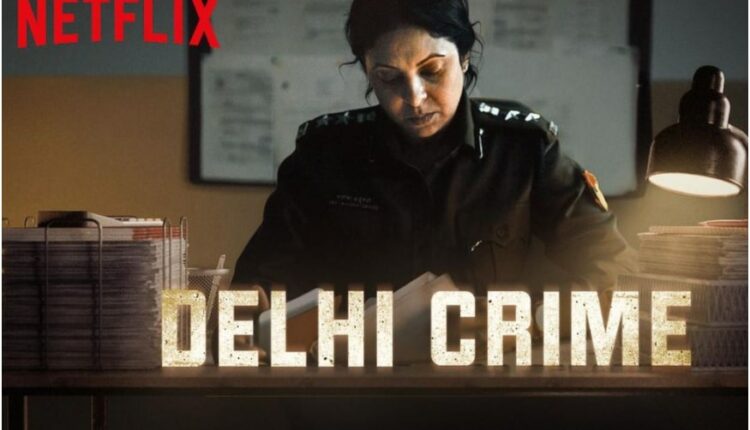 Delhi Crime, a Netflix original web series starring Shefali Shah and Rasika Duggal seems to have done a great job on the screens as the audience from around the world has loved the series. The series is based on the 2012 gang rape ‘The Nirbhaya Case’, which took place in New Delhi, which had put the entire nation in a state of shock. The Web series won the Emmy award for Best Drama Series category and Rasika Duggal along with the entire cast and crew members have congratulated the team on this win!

Delhi Crime is an Indian Anthology created by Richie Mehta. The web series is developed by Laurence Bowen and Toby Bruce.  Shefali Shah, Rasika Dugal, Adil Hussain, and Rajesh Tailang are the lead actors of the award-winning crime series.

Shefali Shah has played the lead role of Vartika Chaturvedi, Deputy Commissioner of Police in the series, Delhi Crime and Rasika played Neeti Singh. As the web series has won the Emmy Award, Netflix India has come up with a witty celebration for the same. Citing the victory in the awards, Netflix India has uploaded an image of Rasika Duggal saluting Shefali Shah, with the tweet, “Just one queen saluting another.”

Shefali Shah posted an image of the series and wrote in the caption, “AND JUST LIKE THAT, WE MADE HISTORY. So so so proud of DC!!!” She posted several stories on her Instagram to congratulate the team of Delhi Crime. Both the actresses of the series posted several stories on their Instagram handle and a video of their video call, in which they are seen saluting each other.

Shefali Shah is a veteran actor with a long, illustrious career. She has worked in a number of popular and successful films such as Dil Dhadakne Do, Brothers, Karthik Calling Karthik, Waqt: The Race Against Time and more. Meanwhile, Rasika Duggal has made a name for herself for her role in the Mirzapur series. The second season of the series has been recently released and the Rasika’s performance in the film has become widely popular.
Rasika Duggal
Share FacebookTwitterGoogle+ReddItWhatsAppPinterestEmail