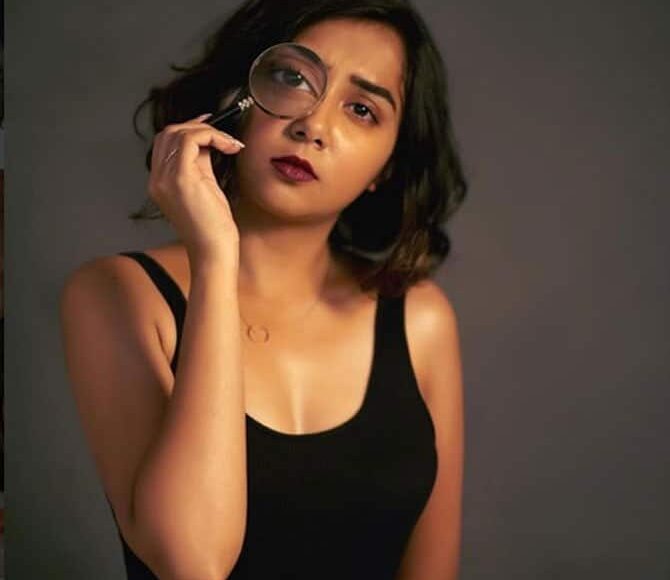 Prajakta Koli is a Woman of Worth ! : Check Out The Story of Home-Grown Talent.

YouTube is the one station for all kind of entertainment videos. Many Indian Youngsters gained fame from this platform. One of those youngsters is a digital diva and comedian Prajakta Koli who is more famously known as MostlySane. This 25-year-old YouTuber started her channel in February 2015 and now she has 3.4 Million subscribers.

Prajakta Koli started her career her at 104 FM radio station as a Radio Jockey because she always wanted to be one. She met Hrithik Roshan at her workplace and shot a video with him. But later, she realized that her job is not working out. Sudeep lehari of One digital network suggested her to start her own YouTube Channel and she gave it a thought. Within no time, her videos started to be viral and gaining likes.

Prajakta makes comedy video by observing people around her. Koli plays all the roles by herself by disguising as a Montu (Her On-screen brother), Baba Koli (Father) and her mother. She also plays a fashionista character, Sonya. She sometimes features Sudeep in her videos. Koli also collaborated with some famous stars like Saif Ali Khan, Ayushmaan Khurana, Kajol, John Abraham, Manoj Bajpayee, Nawazuddin Siddiqui and Vicky Kaushal. Prajakta also did some videos with her YouTube Colleagues BeYouNick, BBKiVines, Gaurav Gera, Arjun Anand, and Ashish Chanchlani.

In 2017, Prajakta Koli won Viral Queen Award at the IWM Digital Awards. In 2018, she was selected as the Indian Ambassador for ‘Creator’s for Change’. It is the initiative taken by YouTube to deal with various issues like societal stereotyping, hate speech, and related stuff.  She made a video called ‘NO OFFENCE’ which was specially screened at her Meet and Greet at Mumbai. It was also screened at United Nations where she represented India.

Prajakta Koli did a WhatsApp commercial which was about not spreading fake news on WhatsApp. She was invited at Kareena Kapoor’s show ‘What Women Want’ where she talked about performance pressure and her digital journey.

Koli has an amazing sense of humor and she is active in creating awareness in people. In her real talk videos, she talks about her various experiences very candidly.  In 2017, she wrote a rap song ‘Shameless’ which was for spreading awareness among people who do body-shaming.  Prajakta Koli was invited by Obama Foundation to attend town hall meeting with Obama. She recently got featured in Forbes 30 Under 30 for 2019’s edition.  Also, the Entrepreneur Magazine featured her in their 35 Under 35 class of 2019. On the women’s day occasion, she won an award Women of Worth (WoW) which was organized by Outlook Business. Alia Bhatt, Malini Agrawaal (Miss Malini), Mallika Dua also won the same award.

Prajakta Koli is a really inspiring and charming person and every girl who wants to make a career in the digital world aspire to be like her.

I can’t wake up and say sorry for being born in this family : Alia on Nepotism