Prachi Desai the famous actress who started her career from being a successful television actress in Kasamh Seh on Zee TV. She retweeted Ajay Devgan’s tweet on Bol Bachchan. Keep reading to know everything about the tweet! 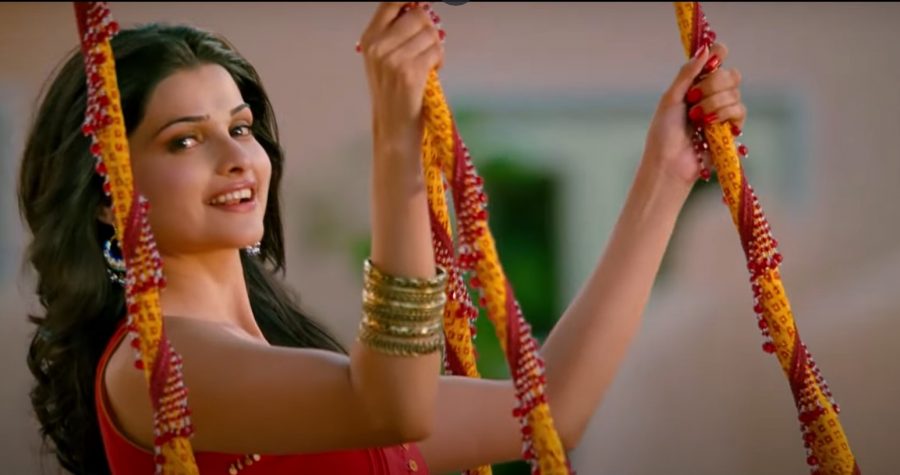 Prachi Desai started her career from scratch working in a total of 9 television series and 12 movies. Working along with actors like Ritesh Deshmukh, Shraddha Kapoor, Siddhart Malhotra and many other actors. She is coming up with a new movie named Kosha which is based on a horror movie, she will be playing the character of “Kareena Singaniya”. The movie was postponed from 2020 to 2021. 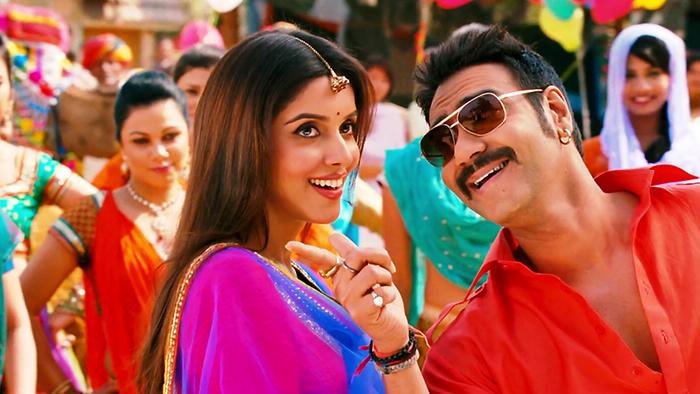 She retweeted Ajay Devgan’s post wherein Ajay Devgan cheered to the 8 years of Bol Bachchan movie but he only added pictures with Amitabh Bachan, Abhishek Bachchan and the Rohit Shetty the director. He captioned it as “When Bachchan’s Speak, I listen (Especially Amitji). That triggered Prachi Desai because he not only forgot to tag them but did not add images with the other cast. 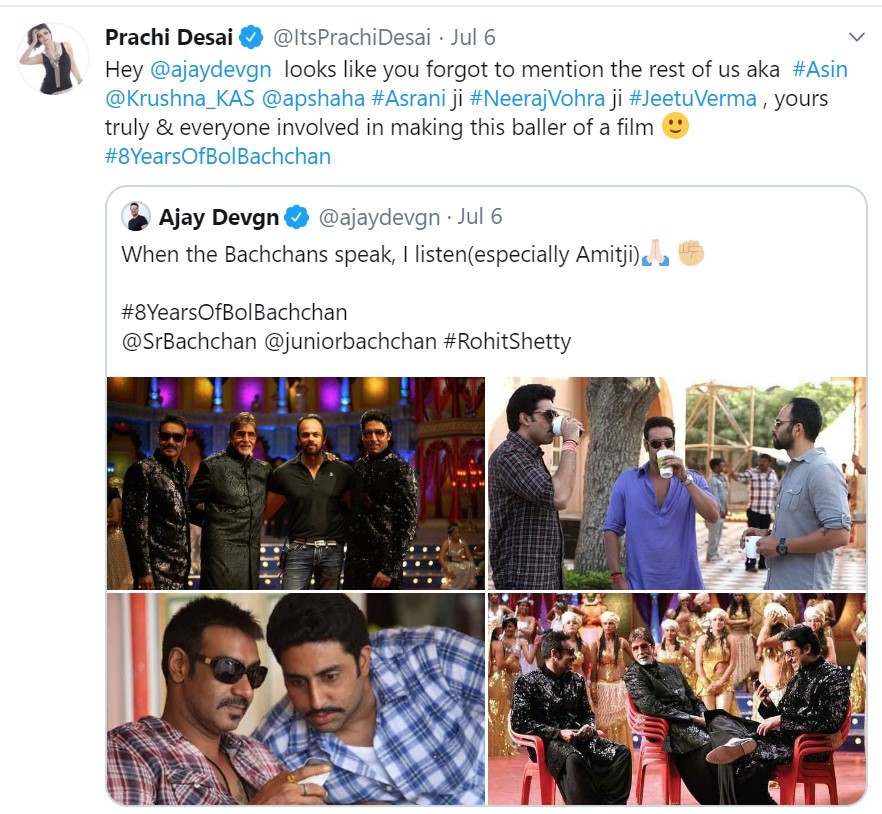 So she retweeted saying that “hey Ajay looks like you forgot the rest of the cast and we were all involved in making the movie successful”. She tagged Asin, Krushna Abhishek, Archana Puran Singh

, Neeraj Vohra, Jeetu Verma, and Asrani. After the death of our beloved Sushant Singh Rajput looks like no other celebrity is going to tolerate the nepotism gag.  In fact, Krushna Abhishek made the film funny with his amazing acting but looks like people accept regret more than gratitude. First it was Kangana Ranaut Speaking up, looks like Prachi Desai is going to follow up! The Bollywood is taking turns now the ball is no longer in the star kids court! 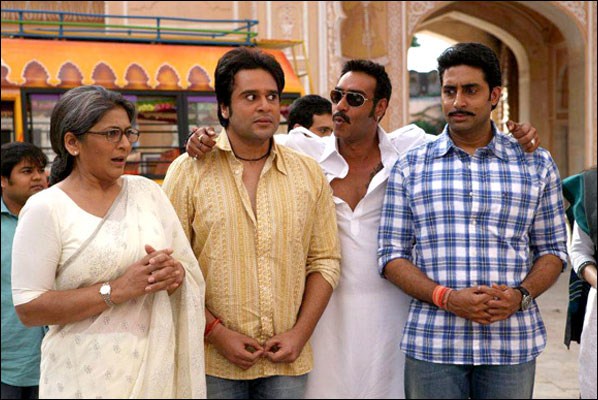 People are praising actors who are really trying hard like Vidyut Jammwal. Vidyut also tweeted before saying that his 7 films were supposed to release but only 5 are worthy enough to celebrate. The cycle of nepotism continues! Because of his tweet, everyone started praising him and are supporting his career. Looks like 2021 is going to be more about the content of the film and celebrities involved. Because it certainly looks like people are unfollowing star kids, Mahesh Bhatt screwed by memes, Karan Johar blamed for criticizing the struggling and what next? Keep reading to know more!