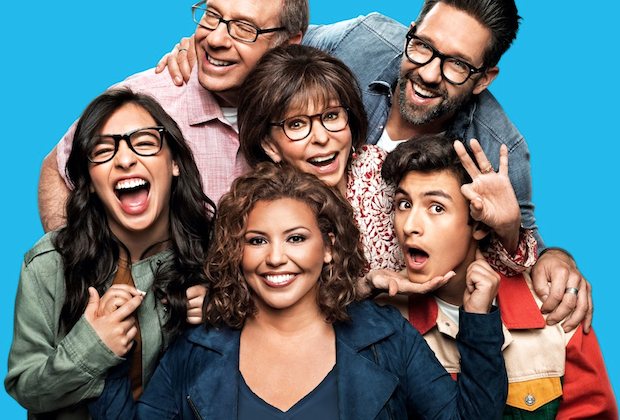 One Day At A Time is a popular American sitcom streaming on Netflix. The show is based on a TV series that runs by the same name. The series released its first season in 2017, followed by 3 seasons in the subsequent years. The sitcom stars Justina Machado as Penelope Alvares, Todd Grinnell as Schneider, Isabella Gomez as Elena Alvarez (Penelope’s daughter), Marcel Ruiz as Alex Alvares, and Rita Moreno as Lydia Rivera.

Very recently, showrunner, Gloria Calderón Kellett, shared the details of an unfilmed Christmas episode of the series. The tweet said, “Season 4, Episode 13 of @OneDayAtATime that we’ll never get a chance to shoot was called Dreams Written by Sebastian Jones & Brigitte Munoz-Liebowitz. This one had the emotional monologues you love & a twist where Elena wants to stay in LA after actually getting into Yale! Sigh!” Gloria revealed some suspenseful details from the episode that the audience could otherwise never know.

Season 4, Episode 13 of @OneDayAtATime that we'll never get a chance to shoot was called Dreams Written by Sebastian Jones & Brigitte Munoz-Liebowitz. This one had the emotional monologues you love & a twist where Elena wants to stay in LA after actually getting into Yale! Sigh! pic.twitter.com/7dsohPDgmz

The beloved Netflix comedy series, as of this writing, has been canceled by the streaming giant. The cast and crew members of the same are in search of a Network to partner up with and subsequently return for a fourth season.  The canceled season 4 episode was, presumably, supposed to touch upon the traditions that Cubans follow during the year-end festivities.

Ever since the news pieces titled “One Day At A Time Cancelled” made it to the internet a few weeks ago, fans across the globe have been shedding their sorrows over the internet. While some fans spoke about their favorite lines, some shared their favorite episodes and their reactions to the news. #ODAAT has been trending among the heartbroken fans of the series. Additionally, some Twitter users spoke about their favorite characters from the PopTV sitcom, presumably after they saw articles that read something like “ODAAT canceled”.

meaningless white shows like emily in paris & riverdale get renewed but important shows like #odaat get cancelled
i see how it is & i’m tired of seeing it pic.twitter.com/0Q4iVTsvCh

Honestly fuck all TV execs, taking a Cuban family with a veteran mom, immigrant grandmother and gay daughter off the air while continuing to make and sell the same white doctor/white sad broken family archetype #ODAAT is officially over and I’m fricken heartbroken pic.twitter.com/QAs9gv34Ba

— run me down with a fourteen wheeler (@meaganrosewrite) December 9, 2020

It is insane to me that a show as good and funny and silly heartfelt as #ODAAT couldn’t find a permanent home, but we’re on season 47 of Grey’s Anatomy. American TV is so weird. https://t.co/vfQzeLG4TW

I'm sobbing ?? I'm not ready to say goodbye to her either ? #ODAAT pic.twitter.com/jhxdLcjLXK

Help asked on increasing the jurisdiction of NGT under wildlife law