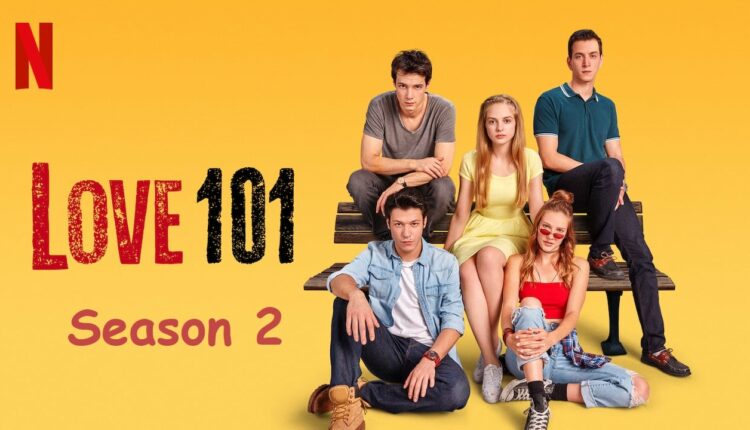 Love 101 is a Turkish teen comedy-drama series written by Meric Acemi and Destan Sedolli and directed by Ahmet Katiksiz and Deniz Yorulmazer, produced by Kerem Catay. Love 101 Season 1 premiered 24 April 2020 with eight episodes on Netflix. The audience highly praises the drama and is loved for its critics. After its successful run, Can we expect a second season? It’s quite evident for the renewal of the flourishing shows.

After two months of its initial release, the show got quickly renewed for a season 2 by Netflix. Well, an official release date is not known! But it was confirmed that the show would release in 2021. We expect Love 101 Season 2 to drop in mid-2021 like the previous Season. The ongoing pandemic might lead to a delay; let’s hope for the best, keeping our fingers crossed!

The plot is all about a woman, Işık (Bade İşçil) who appears at an ancestral residence in Istanbul, evoking her past and teenage friends. They were a group of friends in 1998; whose faculty mostly hated them for their mischief. The students sole motive is to have their favourite lecturer, Burcu at school and feel secure because she is the only one who supported them. They were rumours about Burcu’s replacement which clearly states that the friends are in danger, so they try to generate feelings between the teacher and their basketball trainer seeking the help of the class brightest student, Işık to make sure that the teacher remains. Slowly Işık also becomes a part of their team; all of them become close companions and make love. Well, according to their plan, their teacher falls in love hopefully, but to a twist, it’s not with the basketball coach. Wait. What?? Yes, it isn’t the coach you read that right! The students planned to generate feelings between the teacher and the coach, but surprisingly the teacher fell for a new unsociable teacher Kemal. Somehow the students were successful in keeping their fav teacher in Istanbul. Mission successful!

In Love 101 Season 2 we would see the story of the older versions of the students. What happened after they left the school?? Were they still in touch or parted their ways?? Will they get back together in future?? We’ll get to know in Love 101 Season 2, Stay tuned! It’s all about the beautiful memories they created! We would love to see them get back together (fans request). Love 101 is such a beautiful story. I recommend you to watch it right away streaming on Netflix exclusively. You can watch the trailer of Love 101 Season 1 below-