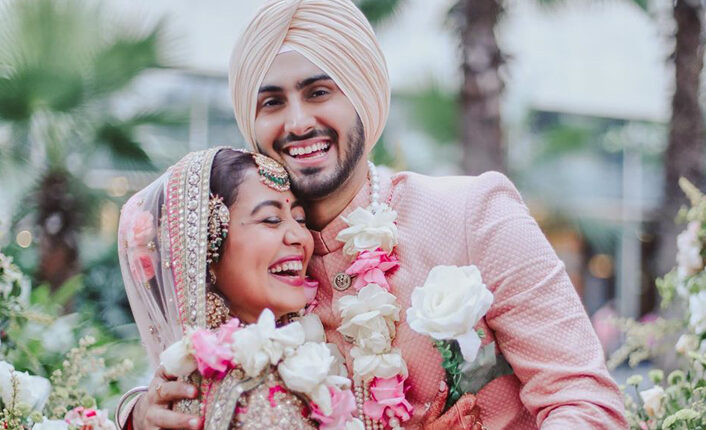 Our newly wedded couple Neha Kakkar and Rohan Preet Singh are happy to announce Neha‘s pregnancy news with the fans. Lately, the singer posted a picture flaunting her baby bump with her husband. The couple is in all smiles, and we could feel their happiness just by looking at their pictures. Becoming a parent is one of the best feelings a person could ever feel and the couple is truly blessed.
The duo first met on the sets of a music album and got attracted to each other. They never thought that the song “Nehu Da Vyah” was actually meant for them and would come true one day. Neha Kakkar said that Rohan Preet is the cutest guy she ever met, and what attracted her the most is his polite behaviour towards every person on the set. Fortunately, they got together and became one. 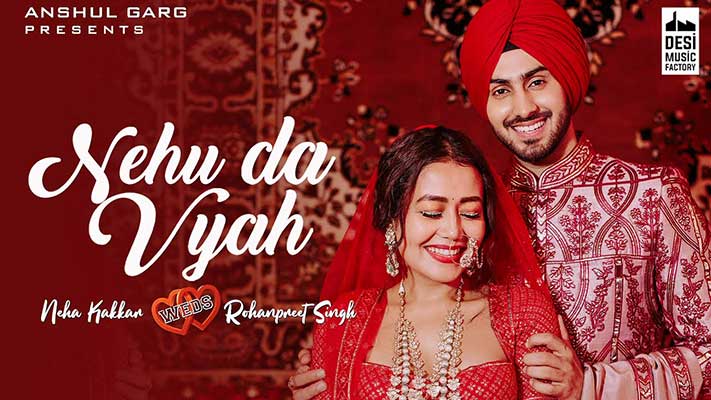 The couple tied the knot on 24 October 2020 with the blessings of their families and fans. After their grand fairytale wedding, they went to Dubai for a honeymoon. Though they were busy having their quality time, they kept updating their whereabouts through their official Instagram handles with their cute posts and updates. Less than a couple of months, they announced the pregnancy.
Neha Kakkar

paves her way into motherhood. Fans and associates shower their blessings with all love for the cute couple and the baby. They say matches are made in heaven, and this is one of such kind. They are actually meant to be together.

Rohan Preet Singh shared a cute picture of the two where Neha was embracing her baby bump with all smiles and happiness. He captioned the picture saying- #KhyaalRakhyaKar, which was the cutest sensation on his feed lately. Hearty congratulations to Neha Kakkar and Rohan Preet Singh. May the couple be happy like this forever with all our love and blessings.