2 Hearts Movie: based on “All my tomorrows” book!

The 2 Hearts movie is based on the sacrifice of a 19-year-old kid, “Chris Gregory” made 5 lives see a tomorrow! The movie is based on the book named “All My Tomorrows” published by Chris’s dad named “Eric Gregory”. He describes the pain of his son which he lost at a very young age. He wrote the book of how he made a huge difference before running into the death tunnel. There’s a reason why “Lance Hool” the director and the producer of the movie is adapting the book. The kissing booth actor, “Jacob Elordi” is going to play the main role in the movie! Stick with me to know everything about the movie!

The movie is set to release on 11th September 2020. The trailer is out on 16th June on youtube! Follow the official page on Instagram to know all the details about the film.

“Jacob Elordi” will be playing the character of “Chris Gregory” a 19-year-old who falls in love with the female actor played by “Tiera Skovbye” who also appeared in the emotional movie named “The Midnight Sun”. Also, the supporting characters played by “Adan Canto” who played the character of “Aaron Shore” in the Designated Survivor series. He will play along in the movie with a hot air hostess as his lover which will be played by “Radha Mitchell”. 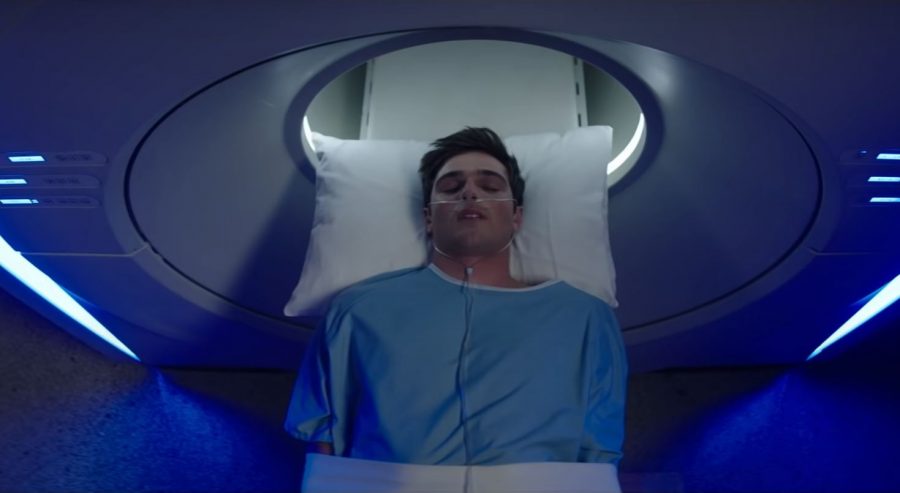 The movie starts with Chris falling in love with his high school mate. He gets all awkward he runs into her out in high school. In the mid half of the movie Chris signs as an organ donor and jokes to his parents that who would want his organs! Unless one day he collapses due to a disease called “aneurysm”. The disease is known for the swelling of an artery.

On the other side, there are 5 such people who need organs to see a tomorrow in their life. Out of which one is “Adan Canto”, who also collapses the same time as Chris. As the disease comes with no warning Chris might not be able to make it till the end and will end up sacrificing his 5 organs when there are no signs of living. A story of a father who wrote this in “All my Tomorrows” book. A proud father who wrote about his son and his sacrifice tempted the director to make a movie!

The trailer of 2 Hearts Movie: