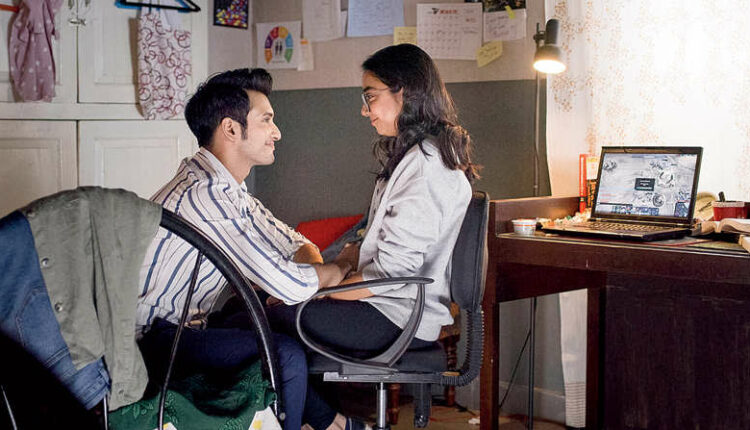 What is it like to discuss about marriage for an eighteen-year-old? Who wants to pursue her dreams, learn Java in Jaipur. The Pink City calls for Dimple played by none other than Prajakta Koli. The Youtuber who is popularly known as Mostly sane. Also, not to forget the trending crush, Rohit Saraf from The Sky is Pink, and Dear Zindagi film plays as Dimple’s \Rishi in the series. Well,  we know the couples and then what’s missing? The Host! Ranvijay Singha will be playing as Professor Siddharth Sinha. He is the Jawa teacher of Jaipur. Keep reading to know about the upcoming season and cast.

Prajakta Kolhi aka Mostly Sane will Play as Dimple Ahuja from Ambala. Rohit Saraf plays the role of Rishi. Ranvijay Singha, the Roadies and Splitsvilla host, plays the role of Professor Siddharth Sinha. Rishi’s Bestfriend, aka Devyani Shorey, plays the role of Namrata Bidasaria. Muskkaan Jaferi is Dimple’s roommate who acts as Celina Matthews in the series. The protagonist of the show is Taaruk Raina as Anmol Malhotra. He is a popular disabled gamer in the series but very arrogant in nature. Rest of the cast includes Kritika Bharadwaj aka Simran Malhotra, Abhinav Sharma aka Krish Katyal, Suhasini Mulay aka Rishi’s Dadi, Vihaan Samat as Harsh Agarwal, Nidhi Singh as Warden of Jaipur college and more other casts.

At the end of the season, we saw that Rishi and Dimple have a big fight. Dimple’s coding of her Antisocial app is leaked, and someone else makes the application with a similar name called Unsocial. In the next season, we will find out who leaked the coding of Dimple’s app. The audience bets on Celina as she had a purpose. Which Purpose? Celina is Dimple’s friend, but to save her identity as a delivery girl, Simran must have blackmailed Celina.

But Dimple doubts Rishi who was the only person knowing Dimple’s PC’s password. When Rishi accuses Dimple to share Namrata’s sexuality with Celina, Dimple blames Rishi for having a motive to leak Antisocial application codes. The fight gets worse and ends up breaking the adorable duo! However, the story takes a twist in the end, Harsh kisses Dimple! It looks like Rishi has a competition.

Rest, we will see Anmol Malhotra, a popular gamer but disrespects woman while streaming on live game. Dimple wins the bet in the last season, Anmol has to delete his gaming ID plus he has to say sorry to whoever he has disrespected on the gaming platform. We see that the character feels lonely, even when surrounded by the crowd. Also, Rishi’s parents get divorced; we will learn more to the story in the upcoming season. Namrata’s sexuality is out, which will reach her parents in the upcoming season. As she said in the last season, they will force marriage in the upcoming season knowing about her truth. Simran Malhotra, who smiles for the word, is worried about her boyfriend who wants to get a step ahead concerning intimacy.

The deadline of software is getting closer, will Dimple be able to make another application without anyone’s help? Sure, She will! But will it beat everyone? We have to find out. Harsh Vs Rishi! Who are you betting for? Stay tuned to know more!

Ravi Patel: Bollywood Does Not Want Me