The flounders are back again for another crazy summer fun at Tower 2! “Malibu Rescue” is a comedy TV series created by Savage Steve Holland and Scott McAboy for Netflix. It premiered as a film on May 13, 2019, and later eight episodes were also released. Netflix renewed the movie for a second season in September 2019 and set to premiere in 2020. That’s right! “Malibu Rescue: The Next Wave,” which follows after the first season of “Malibu Rescue: The series,” will soon return with the flounders. They will be facing more intense and more significant challenges than ever!

In September 2019, Netflix renewed the second movie and set it to premier in 2020. We were not sure exactly when it will release until, on July 17, youtube released a trailer for the movie. The description of the trailer revealed that the  Malibu Rescue: The Next Wave would premiere on August 4 on Netflix! Soon we’ll be able to watch our favorite Junior Rescuers.

Malibu Rescue next week! Can’t wait for you guys to see it? August 4th only on @netflix

The leading five casts of the movie include Ricardo Hurtado play the role of Tyler, an overly competitive teenage boy. Jackie R. Jacobson plays the role of Dylan, the first female tower captain. Alkoya Brunson plays Eric, and Abby Donnelly plays the part of Lizzie, a bubbly teen who is in a relationship with Eric. Breanna Yde plays the role of Gina. She’s a tough and self-assured athlete. 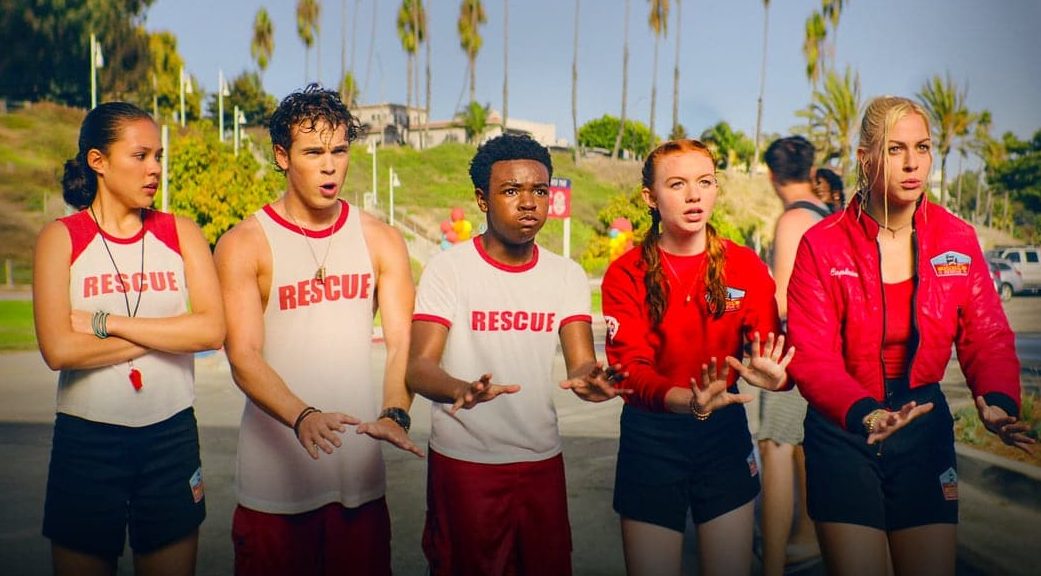 It’s time to get back to the beach! It’s summer again and our Junior Rescuers “The Flounders” are coming back to Tower 2. As I have mentioned earlier that this movie will be more intense than ever! Hence, this time the international Junior Rescue team is heading to southern California, and all eyes are on Malibu beach. The biggest challenge they face is when the USA’s team falls victim to the worst case of food poisoning. Now it’s up to Tyler, Dylan, Eric, Lizzie, and Gina to solve the problem and represent their country in the world’s most intense lifeguard challenge. We’ll have to see if they have trained hard enough to compete with the best of the best!

The story starts when Tyler’s stepfather gets tired of him getting in trouble too many times. He decides to punish Tyler by sending him to the Malibu Junior Rescue Program. In the program, he meets different kinds of children from the valley. They form a group of five, which includes Tyler, Dylan, Eric, Lizzie, and Gina.

After teaming up, they planned to prove that they deserve to participate in the program, too, with the other children from Malibu. Garvin Cross, the program director, reveals that he’ll only allow Tyler’s group “The Flounders” to participate. He let them join so that they will fail and in the future.

- Subscribe us on Google News Get the Latest news updates on WhatsApp & Telegram by subscribing to our channels.
Tags
Cast Malibu Rescue 2 Plot Release Date