Lucifer is a devil, aka a fallen angel who starts living a lavishing lifestyle in Lux Bar, Los Angeles. His paths cross with Chloe, aka Detective, who makes Lucifer vulnerable because his Mojo thing doesn’t work on Chloe. Finally, in the fifth season, they reunite but end with Lucifer getting shot by Chloe’s ex-husband Dan. What will happen in season 5 part two? Read to know the future anticipated plot. 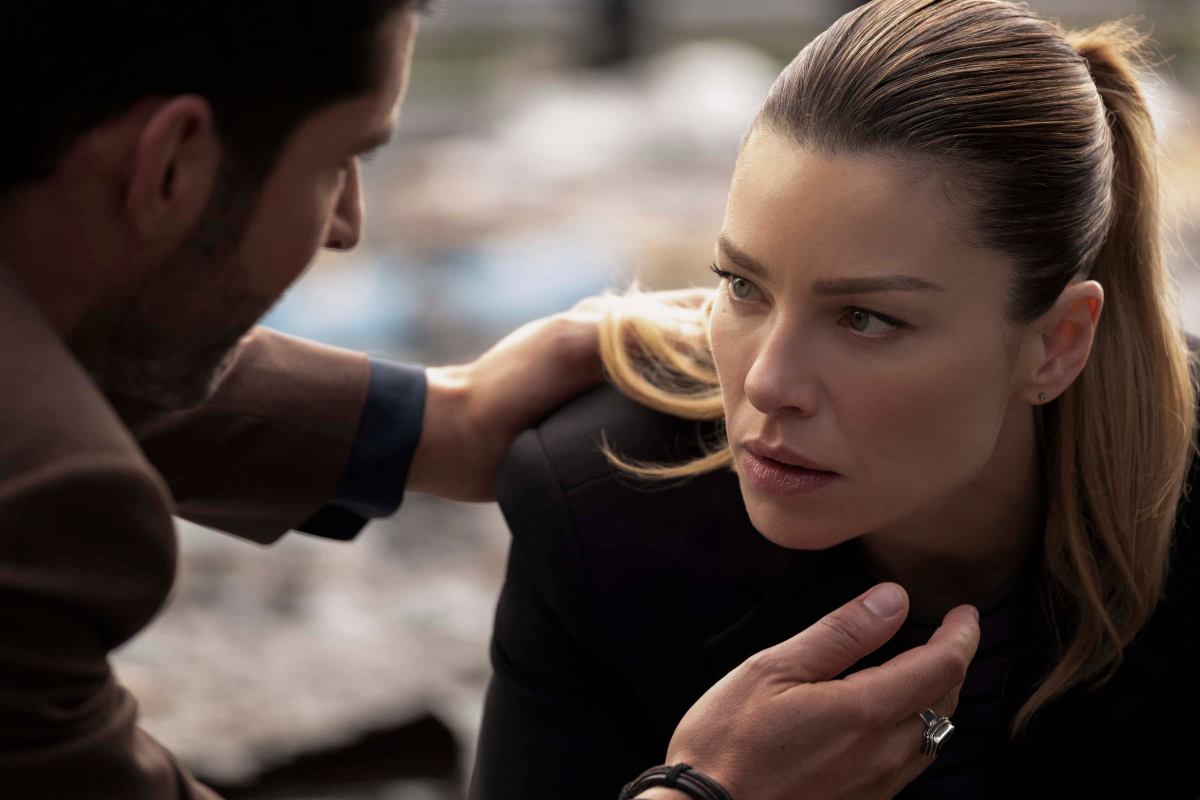 There is no confirmation regarding the release date, but it’s likely to release around early 2021. In the same year, late 2021 the season 6 will also launch. The production will continue on 24th September 2020.

New casts like Catherine Dent as Dr. Alice Porter, Teri Reeves as Colonel O’Brien, Allison McAtee as Elizabeth Newman, and Dennis Haysbert as God will return in the upcoming part. The original cast will return to the show. 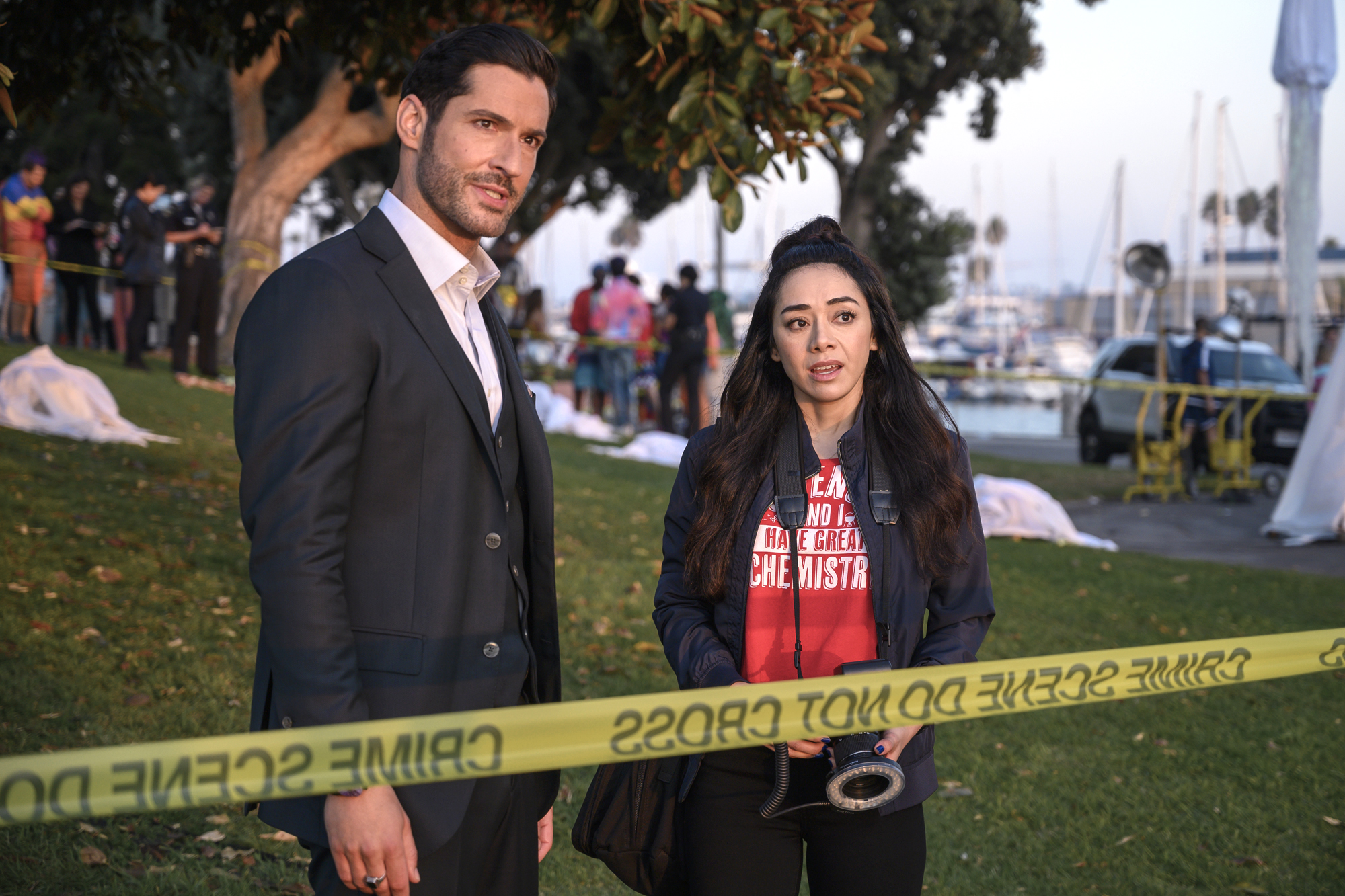 The series will continue with the appearance of God, aka Lucifer’s father. In the next part, God might make Micheal understand that he loves everyone equally. Lucifer will confess his feelings to Chloe. Ella might still be processing the fact that her perfect boyfriend is a serial killer. But he did hint that Ella had a dark past. We might get more in-depth with that part in the next season. We will understand why Lucifer’s Mojo powers keep switching and his confusing Vulnerability and invulnerability shifts. 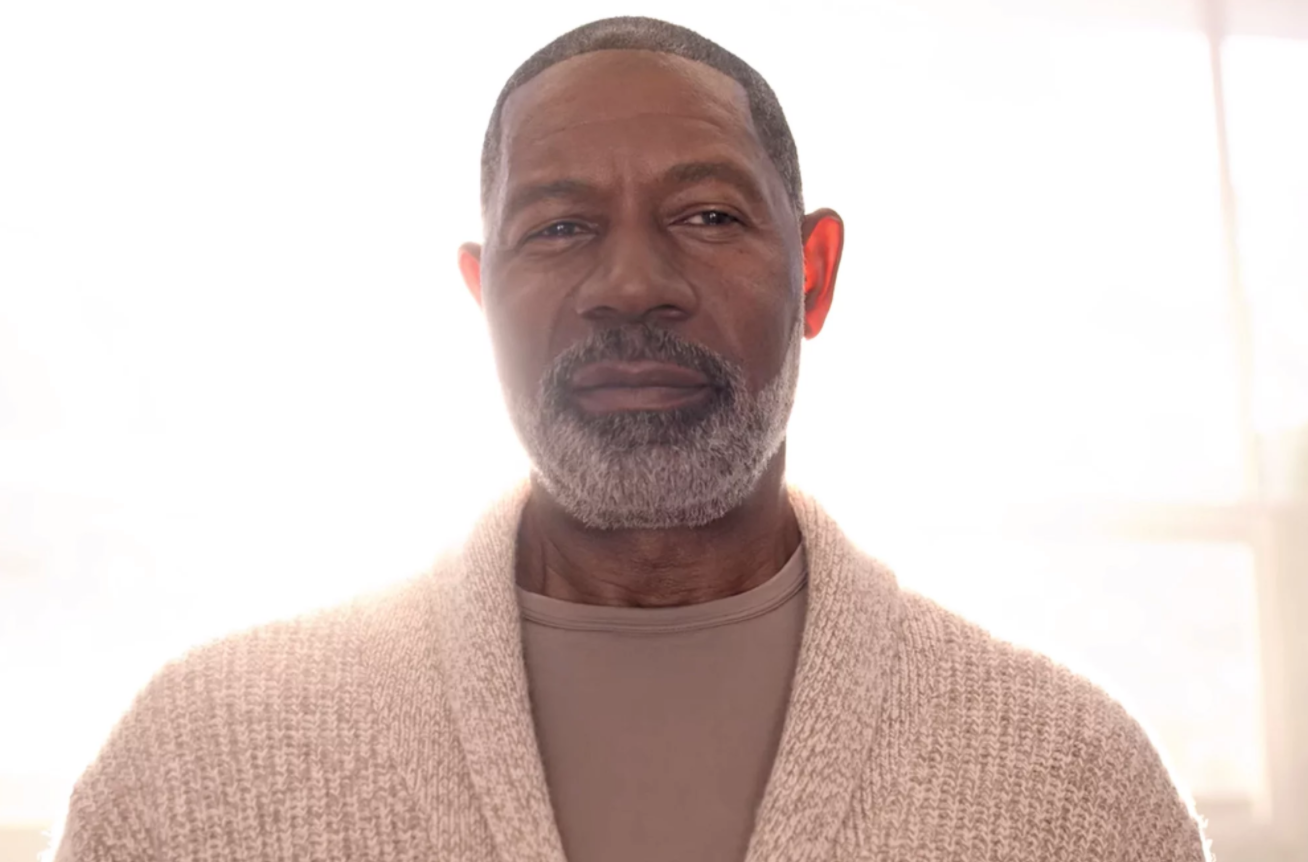 Amenadiel will process the back that his baby is just a normal human baby. Mazikeen might find someone to love, but the question remains the same: Will she find a soul? God appearing in the fifth season was a big surprise. Let us see where the character leads. There were many dark cases in the last season, which affected most of them like Ella’s relationship, Chloe kidnapped, and Lucifer was almost confessing, “I Love you” to Chloe. 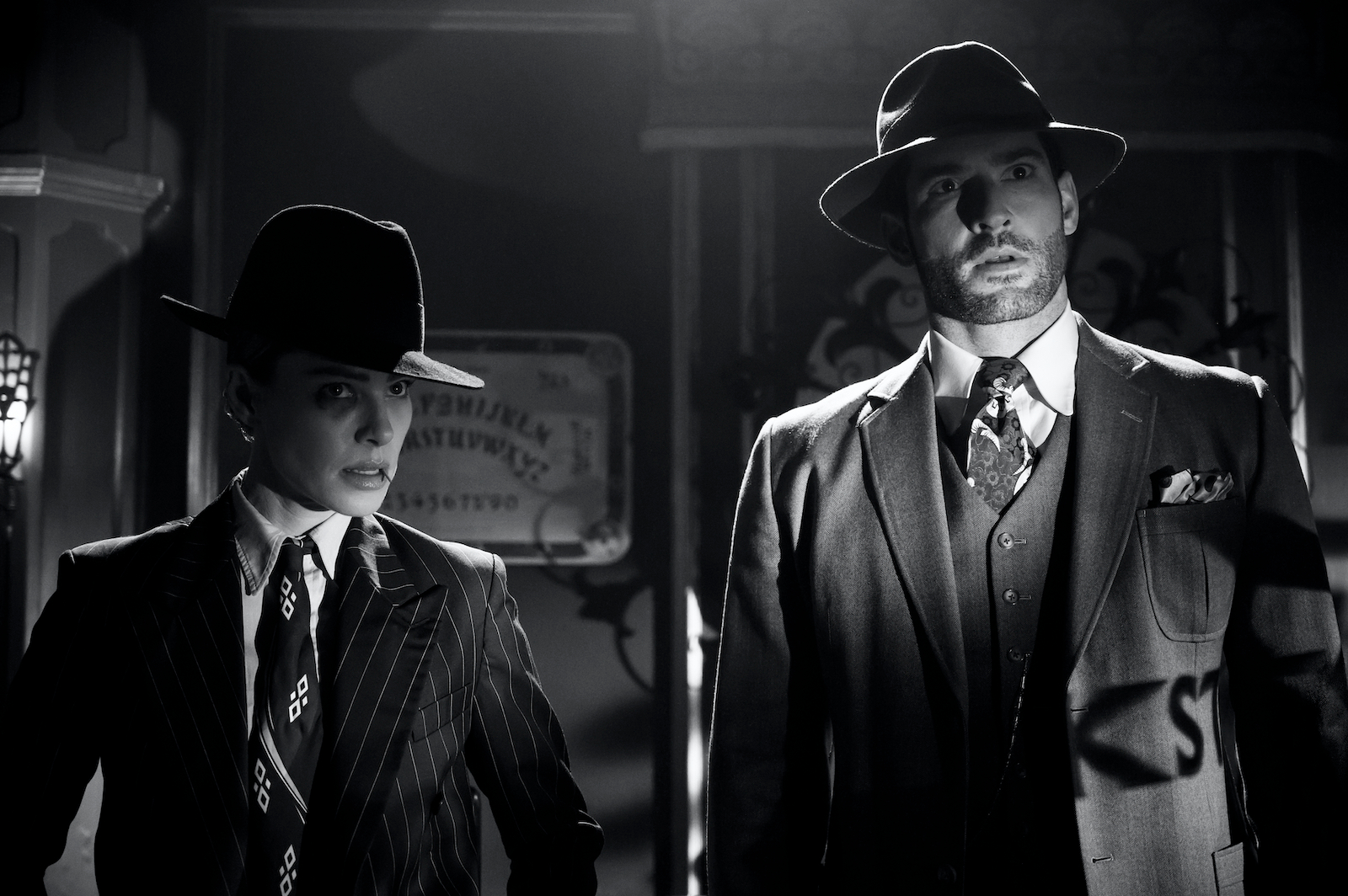 Lucifer and Chloe finally reunite, but they face troubles due to Micheal. Being a detective, Chloe finds out that it’s not Lucifer, which Micheal pretends to be as he asks ‘What do you fear?” Instead of “What do you truly desire?” But he leaves her saying that “She was a gift from God made only for Lucifer.” That starts creating tensions between the due, but they find their way back. 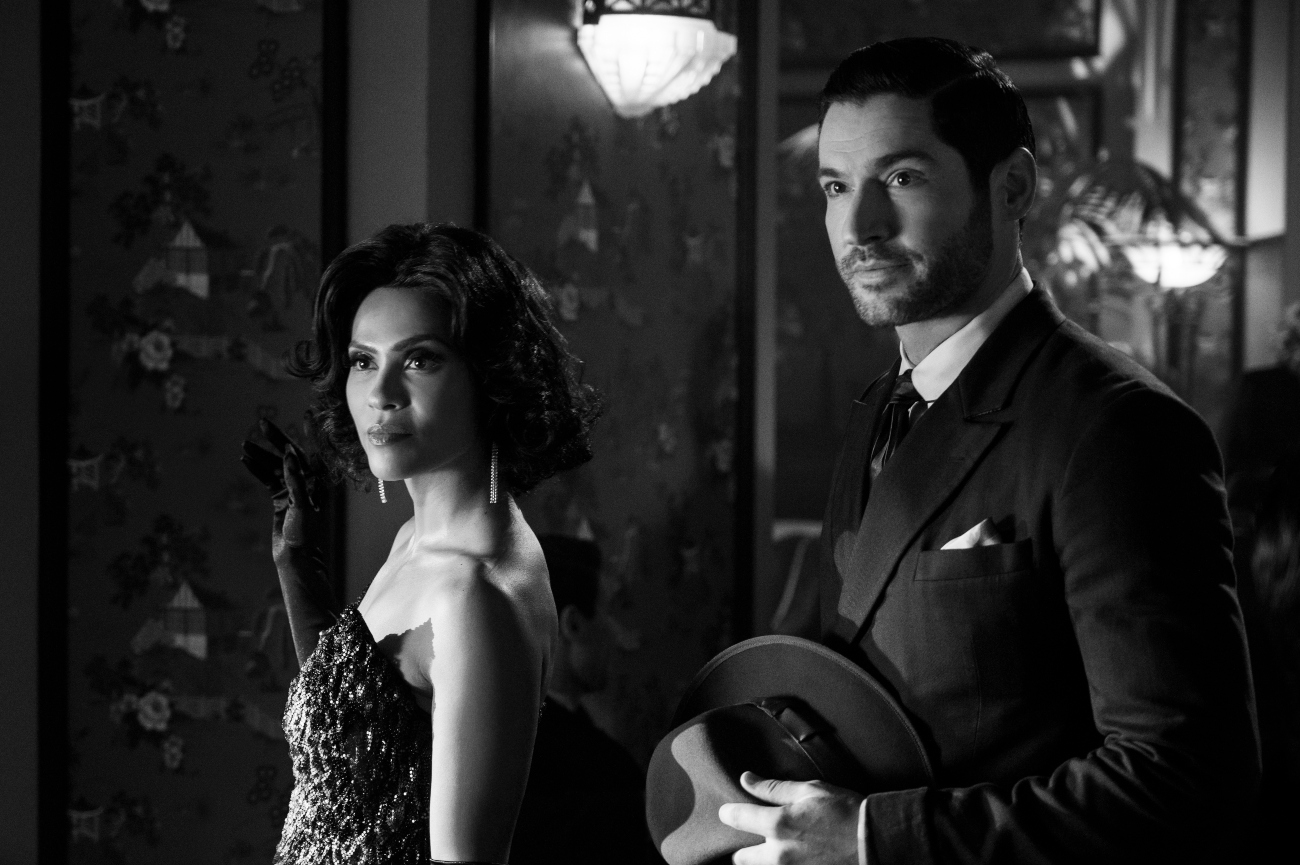 Lucifer has a bitter fight with Micheal, wherein Lucifer says to Micheal that “He cannot take anyone saying that Lucifer is better than him (Micheal).” As Lucifer returns to hell, they don’t cause trouble on earth and take away Amenadiel’s baby. Chloe comes on good terms as Amenadiel reveals to Chloe that “Lucifer chooses to be Vulnerable around Chloe, and he truly loves her.” Chloe and Lucifer reunite and start dating. 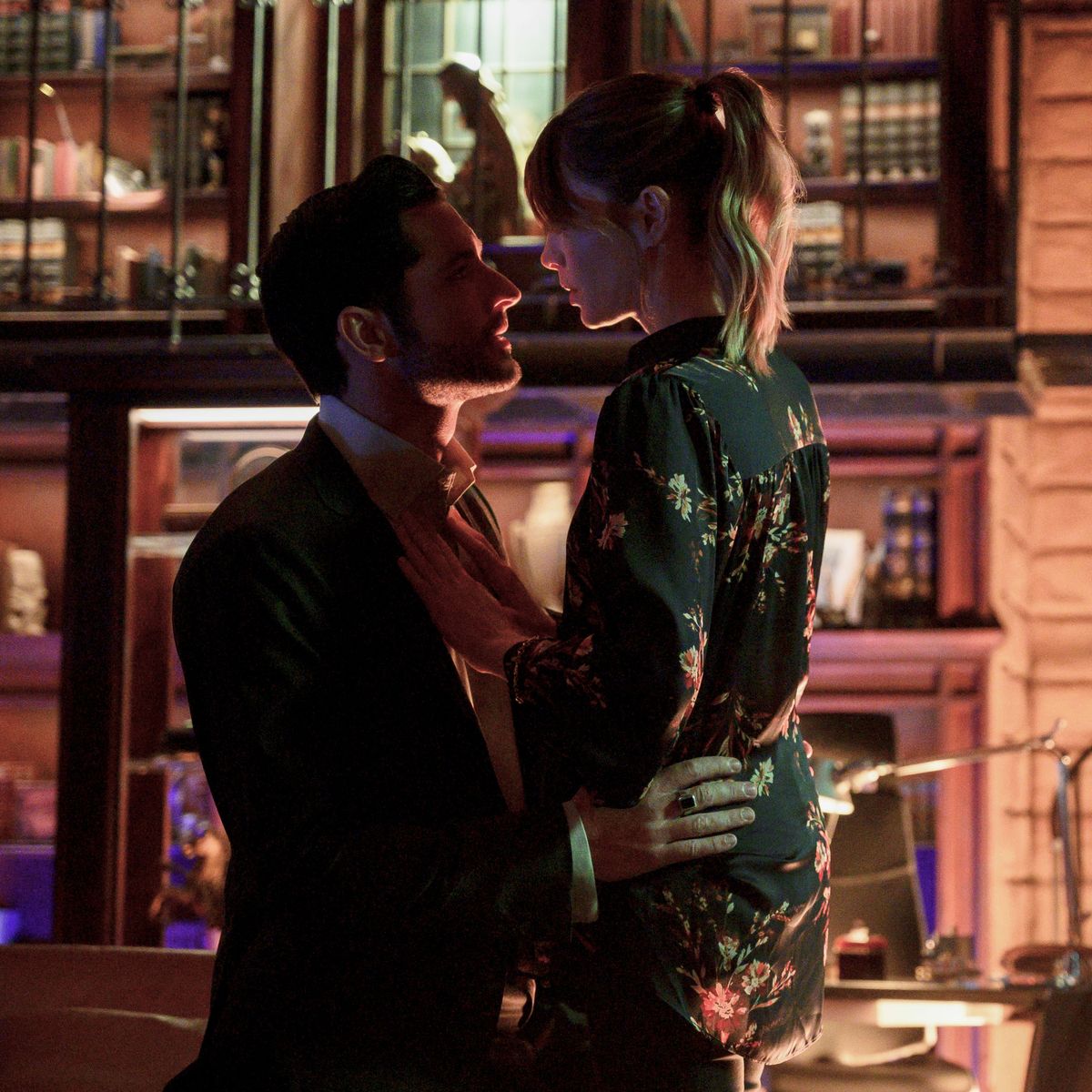 But Chloe still doubts how their relationship is and where it stands with the arrival of Jed. It becomes clear when Chloe confesses in front of a potential criminal about to kill Jed that she feels that her relationship is ‘Incredible.’ Jed gives her a clear picture that she wasn’t talking about him, but it was her feelings about Lucifer. Ms. Lopez will be having an affair with a good guy after dating the toxic men. 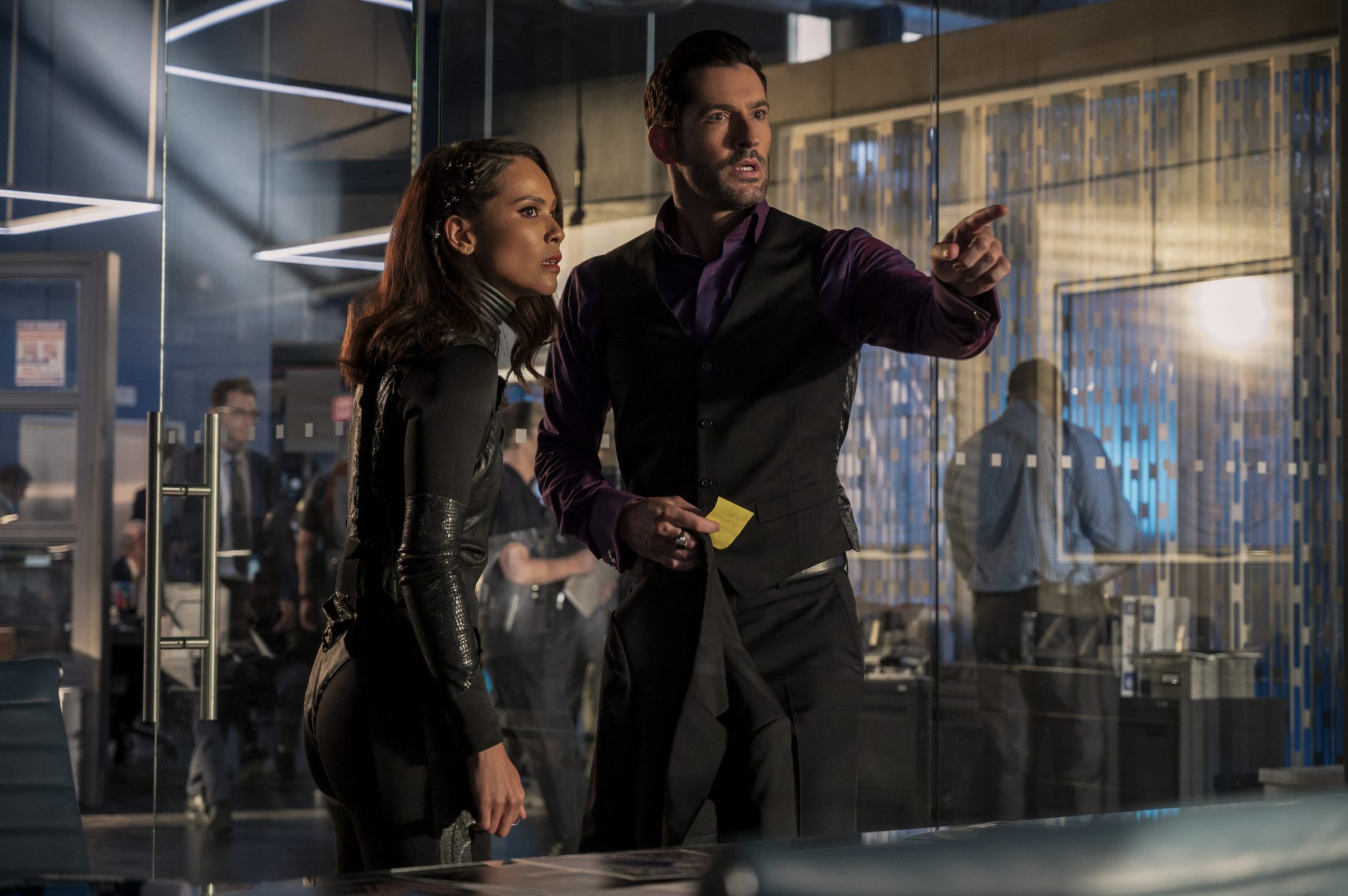 Maze finds her mother, Lilith, by playing Lucifer into telling a story to Trixie. She confronts her mother why she abandoned them and leaves after a brutal reply. Maze confesses her feelings to Linda. But she learns that Linda also gave away her child when she was 17, which makes her mad. A serial killer will enter the crime scene. Dan will teach Lucifer how to work hard with no shortcuts. 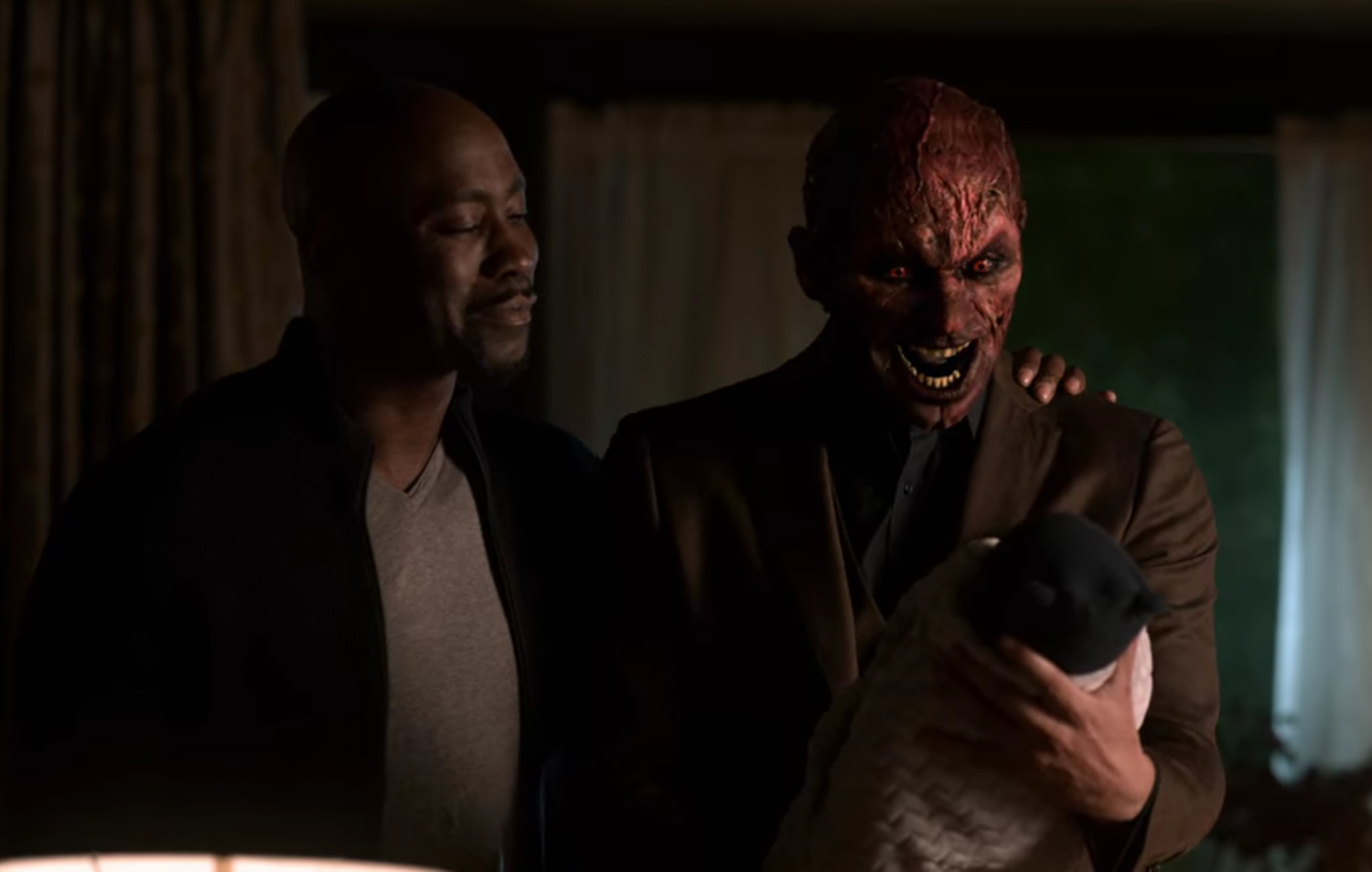 Amenadiel’s baby doesn’t stop crying accidentally; Lucifer shows his actual avatar as a devil, making the baby laugh. But Micheal enters again and hints to Dan that Lucifer is a Devil. Micheal manipulated Dan to kill Lucifer. Chloe was present at the moment when Dan shot Lucifer. But Lucifer stays alive even when Chloe was present. As we saw in the previous season, if Chloe is around, Lucifer bleeds if someone attacks him. Dan hates that Chloe knows that Lucifer is a Devil and still chooses to be with him. He freaks out and leaves even after Chloe explains that he is the same Lucifer you knew before. 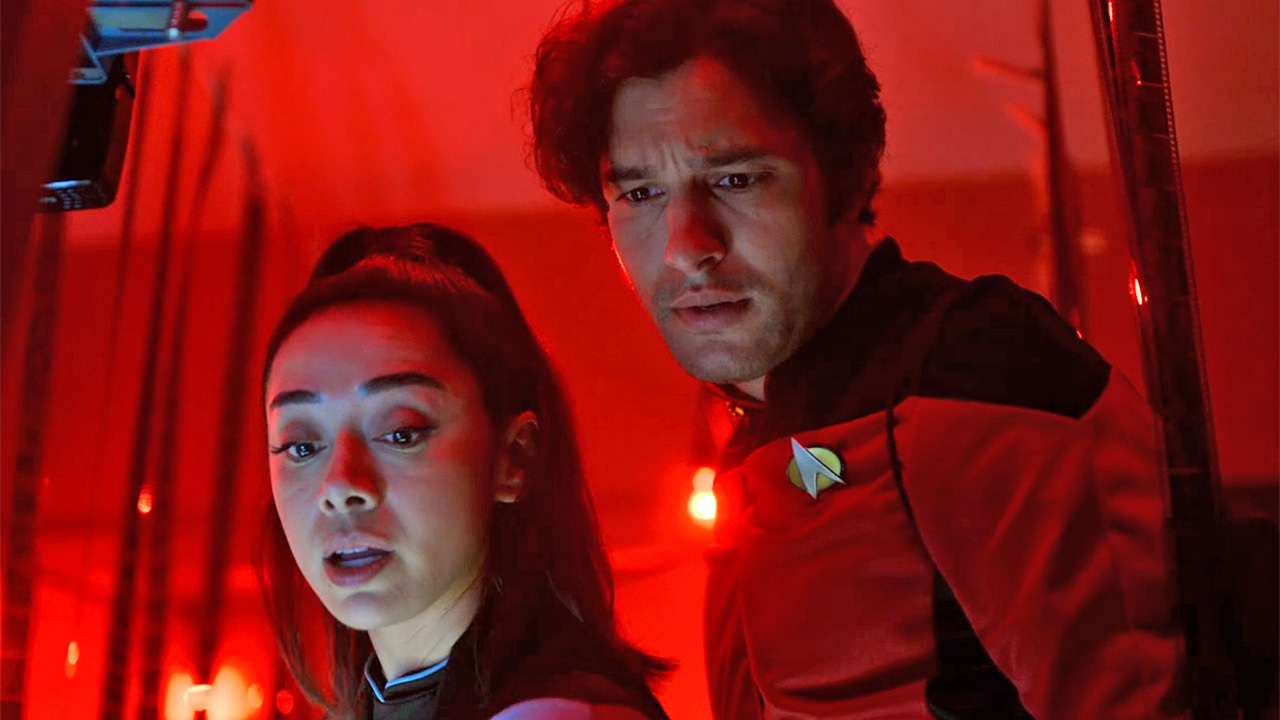 A mysterious serial killer plots his copy in place of him so that nobody doubts him. Chloe finds out who is the mysterious killer, but just then, Micheal Kidnaps Chloe. Lucifer gets worried that the serial killer might have kidnapped Chloe. So he solves the case and finds that it was none other than Ella’s perfect boyfriend who had a disturbing past. Lucifer finds Chloe trapped in a Cave. He rescues Chloe, and Dan finally agrees that Lucifer cares about Chloe. 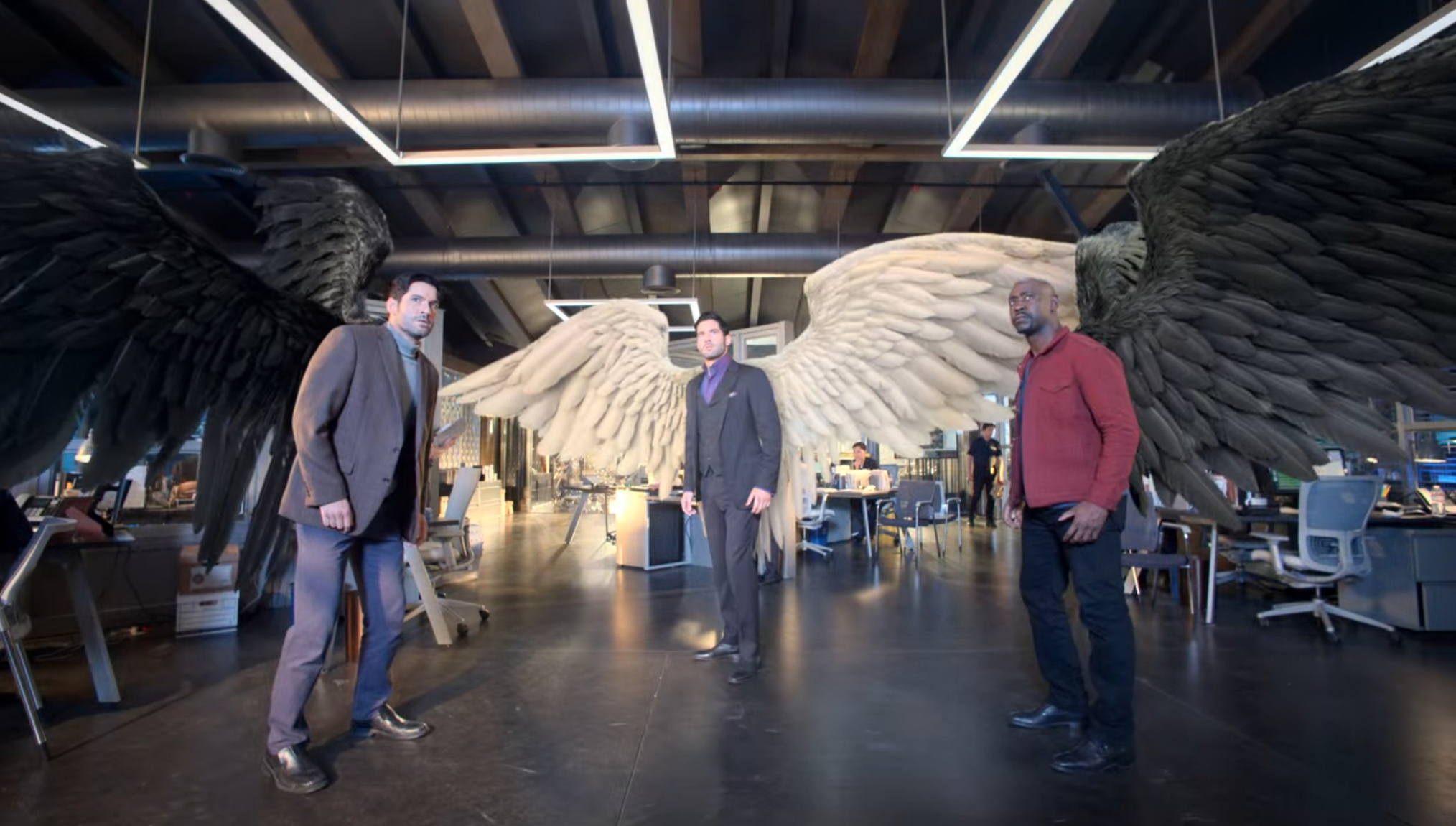 Micheal manipulates Mazikeen again and tells her if she helps him kill Lucifer, he will offer her soul in return. Maze, aka Mazikeen, is frustrated about not having feelings as she is a demon, and they cannot have feelings. When Lucifer is about to talk to Chloe, Amenadiel stops the time, and his kid freezes with time as celestial bodies can still walk and talk when the time stops. He realizes that his baby is just a normal human being. Then there is a massive fight with Micheal and Maze VS Lucifer and Amenadiel. God appears and interrupts them, saying that “Children, you know I hate it when you fight,” and the season comes to an end.