Kylie Jenner and Travis Scott’s on and off relationship seems to be a reunion this time! 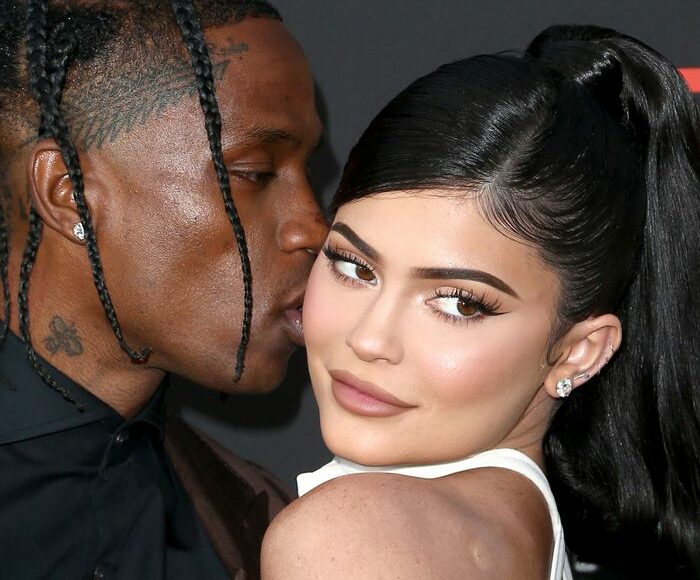 The current buzz is all about the patch up rumours of the duo Kylie Jenner and Travis Scott. The latest Instagram post by Kylie astonishes the audience. Is the couple back together?? Or it’s just like that?? We wonder what it is! It’s been a year since the couple broke up and now we see things getting back again. Anyways their daughter has always been their priority, and they come together to cherish her.

How it all started-

In April 2017, we saw the duo holding hands together in public which hinted about their secret relationship. Later, we come to know that Kylie also went on a trip with Travis Scott anonymously. Following a month, the couple started opening up about their relationship and the public made it sure when Kylie decided to meet Travis‘ parents in Houston. Kylie made their relationship official on her Instagram, and had the same tattoos (Butterfly tattoo) on their anklebones which resembles Travis‘ song “Butterfly Effect.”

In June 2017 they were also spotted wearing matching diamond rings and amazed the audience if they got secretly engaged. On Kylie‘s 20th birthday Travis gave her an unforgettable surprise with all the flowers on the way and the symphony. He also gifted her an expensive butterfly choker matching their tattoos and rented a theatre for Kylie to watch a film with her dear ones. Oh, God! That’s so adorable. I wish I could also get some beautiful surprises like that!

In September 2017, we had rumours on Kylie being pregnant. Until Kylie giving birth to a baby girl in February 2018, her pregnancy talks floated. Later She confirms the news on her Instagram about her daughter, Stormi. Travis never failed to surprise Kylie. He presented 443 roses to Kylie as Stormi was born at 4:43 on 1 February and also gifted Kylie an expensive car which she revealed off on her Instagram.

After a month, we get to see the couple publicly as parents after Stormi‘s birth. They made one-month birthday celebration and rejoiced easter. The cute little family go on their first trip to Coachella, where everything began. On Travis‘ 27th birthday Kylie makes a stunning surprise where she rents six flags in Valencia for Travis to spend time with his associates despite the expensive gifts. The cute little family had a beach holiday on Travis‘ birthday later. The duo dressed in matching clothes for various events later and set couple goals, they also appeared on the GQ’s cover with steamy poses. They partied on Travi‘s new cover in Chicago.

In August 2018, they were rumours about their split up; Kylie gave it off by stating she spends every night with Travis and Stormi and there wasn’t any night she missed! She reacted to false news spread continually saying that they still live together and it is all bullshit.

We are not sure about their wedding as it didn’t come up officially, but when Kylie shared a picture of Travis‘ from a concert and mentioned “HUBBY”, we could assume that they had a great wedding. Kylie said in an interview that she wanted to have more kids with Travis and she would love to have a girl sibling for Stormi than a boy but not at the moment she said. She frequently addresses him as hubby who put the audience in a dilemma of their marriage. The couple bought a beautiful house in Beverly Hills, a perfect place to raise Stormi that had various dexterities. Well, the rumours regarding the duo if they are engaged didn’t come to an end as she flaunts her diamond rings and shares beautiful surprises by Travis on her Instagram, addressing him “HUBBY.” Rumours came up stating Travis is cheating on

kylie being overfriendly to some other ladies in his dm’s. They go on a vacation to Mexico to settle the issues that raised and try to fix them. We could see their efforts and their intention to be one. Back from the vacation, they seem so familiar and even stronger than before. Though they had many issues, they always found ways and made their bond stronger every time. They also share a beautiful picture in front of a private jet kissing each other. They celebrated Travis‘ 28th birthday grandly in the Marvel Avengers’ theme and shared a lot of images on social media. Kylie‘s 22nd birthday was phenomenal Travis‘ flower showers are fantastic as always, he decorated the whole house with roses and amused her.

They appeared so cosy at the launch of Travis‘ documentary on Netflix, they continuously held hands and were snapped romancing openly. They seem to be a happy couple. Since September 2019 and for a while, we haven’t seen any pictures posted by Kylie on her Instagram like she always does, this made the audience assume that the couple eventually broke up. Another significant hint was Kylie solely attending Bieber’s wedding without Travis. Reports state that the couple took a break to set things right; they didn’t make any official announcement on their relationship status.

In March 2020, they were again found together, OMG! They are confusing us with their on and offs frequently. Another source stated that they took a break because of their busy schedules and shared pictures later, but we are not sure about their patch up things. When Kylie‘s nephew, Mason Disick went live on being asked if Travis and Kylie are together, he stated that they aren’t. Which means still, they are on good terms and catchup frequently to look after Stormi being her parents. In April 2020 Kylie posted multiple images of the two wishing him a delightful birthday and called him the best dad. She stated that Stormi is daddy’s girl and she’s jealous about that, anyway he’s the best.

Reports state that the duo are quarantining together and there are chances of their reunion what do you say?? Kylie doesn’t seem to be up for it, but Travis is ready to have Kylie back. There are rumours on Kylie crushing on Fai Khadra; we don’t know if it’s certainly true! The recent post by Kylie Jenner amused the audience as the duo were apart for a while and suddenly came up together flaunting stylish clothes. They didn’t reveal any about their current relationship status and state that they just hangout to foster Stormi. Fans hope Kylie to announce their reunion soon, and we are waiting for her second child. It is so beautiful to see people holding on to each other no matter what!