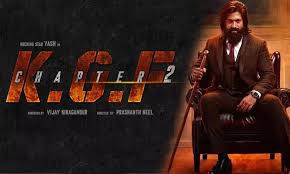 In midst of Bollywood and Hollywood, a Kannada movie emerges and steals the limelight. When we were waiting eagerly for Bahubali: The ending, we knew that South-Indian movies are making it big. As soon as KGF: Chapter 1 concluded the fans have butterflies in their stomach for the next part. But the fans are more restless than they were after the production house announced the released date. What do you feel about KGF Chapter 2? I have got you loads of information about the awaited sequel of this historical-drama movie. 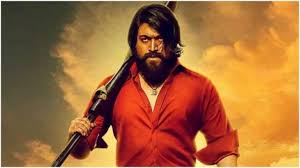 The filming for the second installment of KGF began in March 2019, but due to the global pandemic, it came to a halt. According to the producers, the original release date of KGF 2 was October 2020 with the festival of Dusshera. Recently, Hombale Films’ production revealed the theatre release date for KGF Chapter 2 as 16 July 2021. Fans, now delighted to know that they will get some action thrill in a few months. Sadly, it will be the concluding part of the film series. We have an official teaser for now.

The leading cast of Prashanth Nell’s directed KGF 2 will include our beloved Yash playing Krishnappa Bhairya aka Rocky and Sunjay Dutt as the antagonist, Adheera. What is a protagonist without a love interest? Here, the character of Reena Desai is played by Srinidhi Shetty. The narrator, Anand Inglangi is played by Anant Nag. Raveena Tandon appears as the Prime Min ister of India, Ramika Sen. 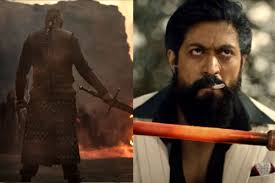 Rocky is still on his quest and trying to prove that “powerful people make powerful places”. But, did he survive the gunshot ordered by Vanaram. Excuse me, did I say “survived”? Pardon me, I should say, did the bullet even touched our iron-fisted Rocky? As KGF 2 will conclude the whole series, we can place a bet on Rocky becoming the leader of KGF and probably will be the uncrowned king of Mumbai. But there is a lot more to our Rocky’s story, and for that, we need to wait a few more months. 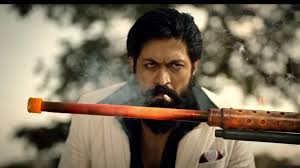 What can a 10-year-old orphan do? Well, we could have never imagined a story like this. The story is of a boy who loved his mother and is on his way to fulfill her last wish. The story begins when our protagonist, Rocky, sets foot in Mumbai in 1961 with a heart filled with grief, rage, and zeal. Rocky soon becomes the right-hand man to a local don of Mumbai, Shetty. But Rocky had bigger goals, he soon overpowers Shetty and when the opportunity appeared he grabbed it. We follow Rocky with his frivolous nature in KGF. But, the cliff-hanger! I am as frustrated as any other fan of the movie after the blackout at the end of KGF Chapter 1.

When compared to the budget of KGF Chapter 1, we see that KGF Chapter 2 has an increment of 20 Crores. So, hopefully, as the most expensively produced Kannada movie to date, KGF 2 won’t let the fans down.

Teaser: At last, we got the release date