Katrina wants to do an item song with Deepika Padukone 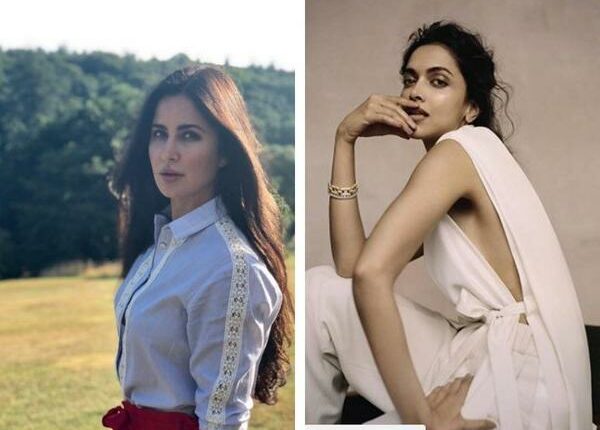 Stunning beauties Katrina Kaif and Deepika Padukone share a cordial relationship right now. They have no catfight between them. Katrina Kaif made an appearance on a popular talk show with her BFF and celebrity stylist, Anaita Shroff Adjania, and she opened up about many things. The episode is 22 minutes long and worth watching.

Katrina and  Anaita Adjania worked together for a south Indian commercial at the beginning of her career. She shared the screen space with Vijay in an ad, as Ballerina. When Katrina and Anaita discussed this ad, they talked about how humble Vijay was.

Katrina told, “I was sitting on the floor with the phone and I see in front of me these two feet. Shoes. I did not bother to look up. I was still on my phone. After some time, I still see these feet. Again, after some time, I see these feet. Finally, I looked up and realised it is the guy who was the south Superstar.” Anaita then interrupted and said, “His name is Vijay.”

Anaita told the audience that Katrina loves to buy things for others. Katrina admitted that she needs very few things. She also admitted that Karan Johar supplies her oversized jackets and sweaters and she thanked him on the show.

Katrina was asked to pick a Kapoor she would love to work with, and she instantly took Kareena Kapoor Khan’s name. She said, “I would really like to work with Kareena. I think she is really spontaneous, very dear and very beautiful.”

When she was asked to name someone, she would love to do item number and she chose Deepika Padukone. She said, “I would like to do it with Deepika. I think that would be very nice, she is a very good dancer. She has a very interesting style when she dances. She looks very graceful.”

On the work front, she will be on big screens in the film Bharat. Katrina portrays the role of Kumud Raina (Madam Sir) in the Ali Abbas Zafar film. She is cast opposite Salman Khan in the official remake of ‘An Ode To My Father’. The film is releasing this year on June 5.

Will England break the jinx this time ?