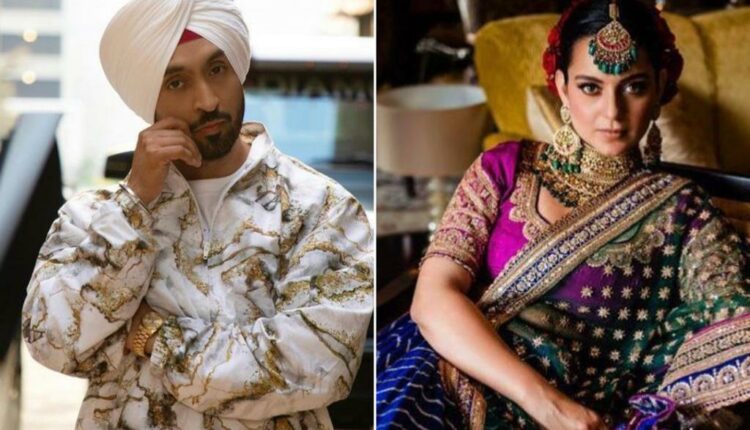 Kangana Ranaut shares another post targeting her ‘online oppositions’ Diljit Dosanjh and Priyanka Chopra. Kangana yet again attacks the celebs for expressing solidarity with the farmers protesting against the new farm bills. She claimed that the protest has caused destruction worth Rs 70,000 crore and reminded them of the ‘serious consequences’ of their support to the farmers.

“Cost of farmers protests so far 70,000 crores, because of dharna economic slowdown in neighboring industries and small factories, might lead to riots, @diljitdosanjh and @priyankachopra you understand our actions have serious consequences please tell me who will pay for this?,” she asked on Twitter.

Cost of farmers protests so far 70,000 crores, because of dharna economic slowdown in neighbouring industries and small factories, might lead to riots, @diljitdosanjh and @priyankachopra you understand our actions have serious consequences please tell me who will pay for this? https://t.co/1KHSuFyQTo

Earlier this month a serious fight between Kangana and Diljit was witnessed by their fans on Twitter. Diljit was hailed for his powerful replies to Kangana and soon many actors and fans in support of Diljit asked Twitter to take down Kangana’s account.

Kangana shared a video and asks Diljit Dosanjh and Priyanka Chopra to share videos of themselves addressing the farmers as to why they must protest. Kangana says that these actors who have actively been supporting the protest against Farmer’s Bill 2020 have misled the entire community and disappeared.

Kangana also retweeted pictures of protesting farmers demanding the release of a few activists arrested for allegedly inciting violence and wrote, “Problem is not just them but each and every individual who supports them and opposes #FarmersBill_2020 they are all aware how important this bill is for farmers still they provoke innocent farmers to incite violence, hatred and Bharat Band for their petty gains.”

READ – Diljit Dosanjh supports Bharat Bandh called by farmers on Dec 8: ‘I am praying this issue is resolved soon’

“People like @diljitdosanjh and @priyankachopra will be hailed by the left media for misleading and encouraging farmers protests, pro-Islamists and anti-India film industry and brands will flood them with offers and English/living in colonial hangover media houses will felicitate them with awards, the problem is the whole system is designed to make anti-nationals flourish and grow, and we are too less in numbers against a corrupt system, but I am sure magic will happen in every fight of GOOD versus EVIL, evil has been much stronger, JAI SHRI RAM,” she added.

To Strengthen The Bilateral Ties Between India and UK; Set Up Task Force For Initiating Mutual Recognition of Degrees