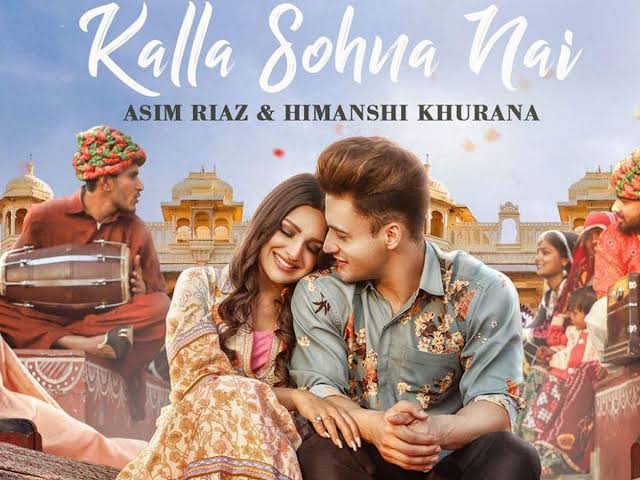 Asim Riaz is born on 13 July 1993 (26 years as in 2019) in Jammu, Jammu and Kashmir. He is an Indian model and actor. He has also been runner-up in the Indian version of the reality tv show Big Brother, Big Boss ( season 13). Hosted by Salman Khan.

While he was in the Big Boss house, he met this Punjabi actress and model  Himanshi Khurana who was also a celebrity contestant in the same.

Himanshi Khurana started her modeling career at her early teen and became Miss Ludhiana. In 2010, she won Miss North Zone contest organised in Chandigarh. She also made her debut in the Punjabi music industry with the song ‘ Jodi – Big day Party’ in the same year. In 2013 she was seen in Soch ( Hardy Sandhu) and hit movie Sadda Haq which helped her in gaining fame.  2015 has been a very successful year for her as she worked with many singers like Jassi Gill, Badshah, J Star, Ninja and other. In 2018 she made her debut as a singer with the song High Standard.

Himanshi came back to BB house for Asim and accepted his proposal. The Big Boss team concluded, they confirmed their relationship to their fans.

After the show ended, Asim made his debut in the recreated version of the song ‘ Mere Angne Mein’ opposite Bollywood actress Jacqueline Fernandez. It was Holi theme song in which he played the role of a time-travelling man. It was sung by Neha Kakkar. The track has been modernised by composer Tanishk Bagchi.

Now this couple has first collaborated in a song titled ‘ Kalla Sohna Nai’ which is sung by Neha Kakkar. The track is composed by Rajat Nagpal while Babbu penned the lyrics.

The video shows Asim and Himanshi’s cute love story. The clip opens with Asim trying hard to cheer up his lady. Himanshi seems a bit sad when Asim does not give her all the attention. As the video ends, we see Asim and Himanshu make their parents meet for their wedding.