Junglee Movie Review : A Story That Shows The Bond Between Elephants and Humans! 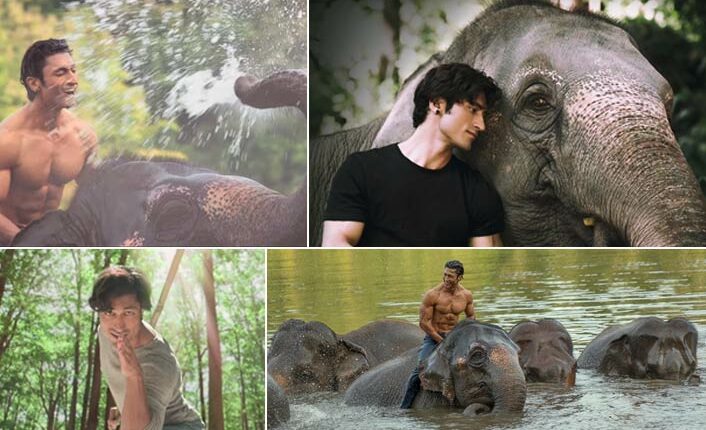 The movie Junglee is about a professional vet Raj Nair (Vidyut Jammwal). He is practising in Mumbai. He has a disturbed family as he does not speak to his father and blames his father for his mother’s death. His father has the elephant sanctuary in Odisha and Raj goes to that sanctuary after ten years of his mother’s death. Raj observes that many people helps his father to run that sanctuary and even helped him in hard days. Later, he meets his childhood buddies lady mahout Shanku which is played by first-timer Pooja Sawant and Dev which is played by Akshay Oberoi.

He also meets elephants Didi and Bhola. Meera played by Asha Bhat is an animal activist. She has come here to shoot a film about Raj’s father. Raj’s guru Gaja (Makarand Deshpande) taught him Kalaripayattu in his younger days. Now he has become a drunkard. He warns Raj again and again that the forest is puzzled with thieves. Everyone ignores Gaja but he is right. Serial hunter Keshav, played by Atul Kulkarni kills an elephant Bhola to sell him to a foreign buyer. It all comes to Raj to take revenge of Bhola’s death and stop Keshav.

This movie is shot in Thailand with some trained Thai elephants. The film gives the majestic feeling as they show elephants from a very close view. The film gives vibes and cravings for jungle vacation. On another hand, the film brings forward an ugly side of poaching which should be stopped and taken care of.

Vidyut Jammwal plays an amazing role as a vet and a Kalaripayattu expert. He is like a Hulk of Indian Cinema. Vidyut is known for performing his own stunt scenes and he did really well in this movie too. Pooja Sawant and Asha Bhat didn’t suit for the role much, but as newcomers, Pooja and Asha did their part quite well.

The cinematography of the movie is done very well. The first half of the movie just goes on but the second half brings real story and action.  The story is about how Raj feels bonded again to whatever he left behind.

American director Chuck Russell makes his Hindi cinema debut with this movie. You must watch Junglee to feel the action and bond between elephants and humans. The last movie that showed this bond was Hathi mere sathi which featured Rajesh Khanna.

CSK vs RR IPL 2019: Three player battles to watch out