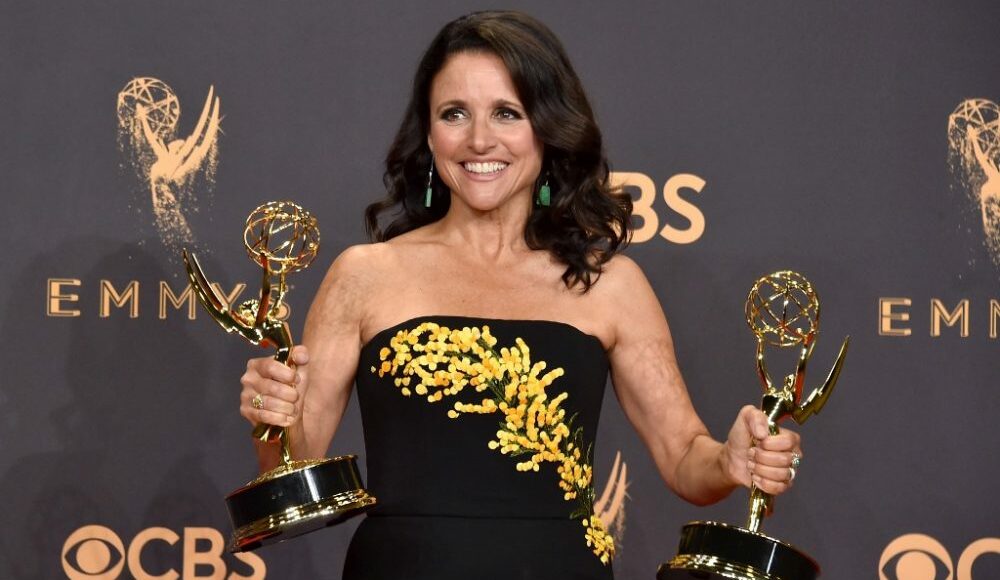 Emmy Award Winning actress Julia Louis-Dreyfus has announced that she is battling Breast Cancer. The actress posted a message on the social media page.

The comedy actress wrote, ” 1 in 8 women get breast cancer. Today, I’m the one,”

She further added, ” The good news is that I have the most glorious group of supportive and caring family and friends, and fantastic insurance through my union. The bad news is that not all women are so lucky, so let’s fight all cancers and make universal health care a reality,”

At recently concluded Emmy Awards, Julia received a record-breaking sixth Emmy Award for the Outstanding Lead Actress for her performance in popular HBO series Veep. She plays a fictitious US Vice President Selina Meyer, which eventually goes on to become US President.

Read the message posted by the actress

Just when you thought… pic.twitter.com/SbtYChwiEj

No further details have been announced regarding her health issue.

Louis-Dreyfus received lots of support from friends including many celebrities from the industry.

HBO Network has also issued a statement stating that the actress was diagnosed with Breast Cancer just a day after this year Emmy Awards. The actress won a record-breaking sixth Emmy Awards for Outstanding Actress in Comedy Series in a row.

HBO also added that her diagnosis has nothing to do with the decision to end Veep after Season 7. The writers are going to keep working on final season as expected, whereas schedule will be adjusted based on the actress convenience.

HBO said in a statement, ” Our love and support go out to Julia and her family at this time. We have every confidence she will get through this with her usual tenacity and undaunted spirit, and look forward to her return to health and to HBO for the final season of Veep”

Julia Louis-Dreyfus landed a role in Saturday Night Live, where she worked from 1982 to 1985. She rose to fame with NBC series Seinfeld, where she also got an Emmy for her role Elaine Benes. She has received a whopping eleven Emmy Awards eight for acting and three for producing.

Louis-Dreyfus has also appeared in various films like National Lampoon’s Christmas and Enough Said to name a few. The actress has also done multiple voice roles in various animated films like A Bug’s Life and Planes.