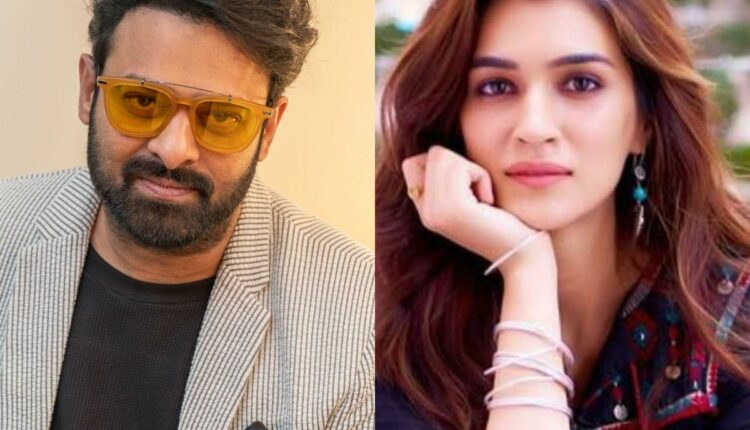 Our tall, beautiful lady Kriti Sanon is in the talks of joining a South film after making her debut with Super Star Mahesh Babu in 2014 for “One Nenokkadine.” The upcoming South film Adipurush will also be dubbed in Hindi, Tamil, Kannada, and Malayalam. Adipurush is an ancient film directed by Om Ranaut, produced by Bhushan Kumar for T-Series and Retrophiles Productions. We are having a lot of interesting points to share with you about the film. Are you all excited??

When will Adipurush be out??

The production is yet to begin. Adipurush will start shooting in early 2021 and is scheduled to hit the theatres in August 2022.

We have a set of incredible actors collaborated for Adipurush, which is as follows-

Adipirush will take us back into the Puran as, portraying the beautiful history of The Ramayan. Adipurush

is marked as the first collaboration of Prabhas and Bhushan Kumar. Bhushan Kumar stated that he is blessed to bring out such an epic story through the film as their parents are enormous devotees of Lord Rama and Sita.

Various Indian actresses like Anushka Shetty, Keerthy Suresh, Kriti Sanon, Pooja Hegde, and Anushka Sharma fluctuated for a while to play Sita‘s role. Kriti Sanon is roped in ultimately. Will Kriti match the grace of Sita?? The film possesses many impressive facts like archery, action, love, and revenge, making it more fascinating. After watching Baahubali, Prabhas has attained an enormous fan base for his charisma and performance. Now it is time for Adipurush to create history in the Indian film industry.

Saif Ali Khan playing a negative character as Lankesh is challenging as we’ve seen Saif in fun and lovely roles before. Sources state that Sunny Singh might play Lakshman next to Prabhas in the historical film. The film is all about good conquering evil. We’ll get you updated with the latest news. Until then, stay tuned stay safe.

If You Liked ‘Happiest Season’, Here Are A Few Queer Romances To Add To Your Watchlist