The background score, twists, and turns are jaw-dropping! 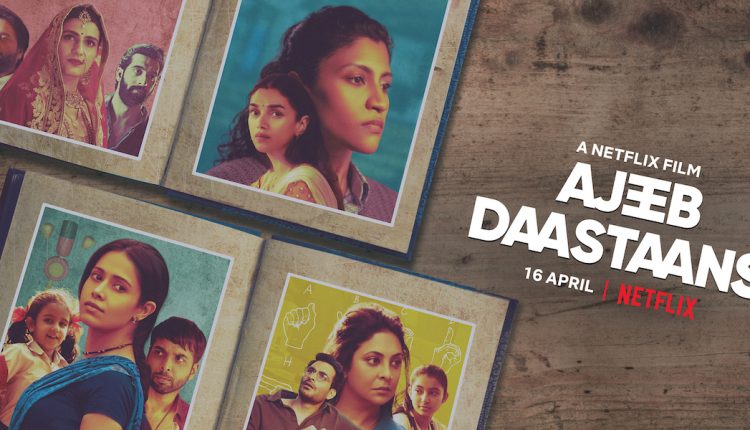 Hey peeps! Are you bored of watching regular dramas and movies?? So here I got you a brand new movie that is ready to drop on Netflix tomorrow! Have you people watched Netflix‘s Ludo? Ludo portrays the stories of four different instances that are intervened with each other. The upcoming film took a similar instance to that of Ludo. Excited about the story?? Let’s go ahead without any delay!

I hope you guessed the movie’s title by now with the given hints. Yes, it is Azeeb Daastaans that is ready for the release. It is a combination of love, lust, and thriller elements. Let me give you detailed information about the film.

The official teaser of Azeeb Dastaans was released on 19 March 2021, while the official trailer dropped on April 2, 2021. Have you watched the brilliant trailer yet?? If not, you watch it at the end of the article. Azeeb Dastaans is all set to premiere tomorrow i.e, 16 April 2021 only on Netflix.

Who Is In The Cast?

We have a set of truly amazing actors and actresses ensembled for the thriller movie. 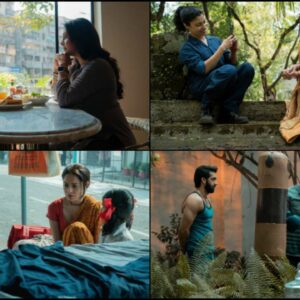 Azeeb Dastaans follows the story of four different families that depicts the consequences faced by them to acquire their needs. 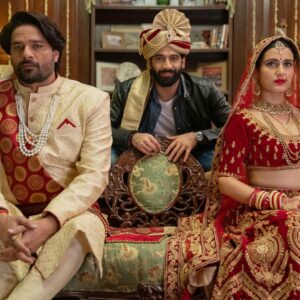 The opening of the trailer showed Fatima Sana Shaik dolled up in bridal wear with an unhappy look. She gets married to Jaideep Ahlawat just for the sake of the name. According to Jaideep‘s dialogue in the beginning, we assume that he had a dark past and couldn’t get over it. On the other side, Fatima

meets a man (Armaan Ralhan) who visits their home for a purpose and falls for him. We see the intense romance between Fatima and Armaan further. 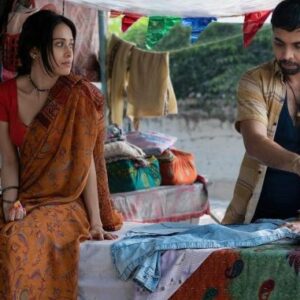 Nushratt Bharuccha is a low middle-class woman who is married to an ironer (Abhishek Banerjee) and looks after their child (Inayat Verma). Due to an issue in the village, they had to face an electricity problem and her daughter finds it difficult to live in such an environment. To resolve the problem, she goes to meet a man’s wife and gets molested by him. 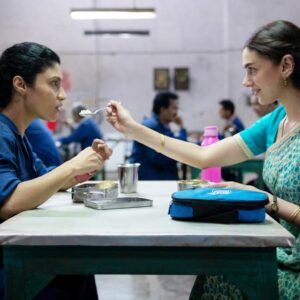 Konkona Sen Sharma is a brave woman who works in a factory/garage and meets a calm person (Aditi Rao Hydari) who comes to help her in cleaning her face. Both of them become good friends and develop a special bond. They start sharing their feelings, ask for suggestions and spend time together! The bond turns into something more than love.

Shefali Shah and Manav Kaul are a homely couple with a hearing-impaired daughter. They face a lot of misunderstandings in the beginning as the husband is unable to adapt to the sign language to communicate with his daughter. Later, he understands the situation and copes up with the family. 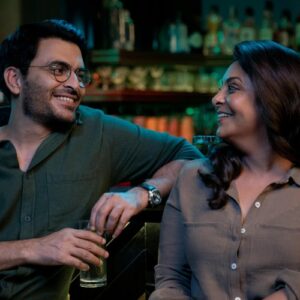 Things You Need To Know!

According to the trailer, In the end, there are a lot of twists and turns to await you!

Fatima Sana Shaik gets into trouble!! Do you think she was caught redhandedly by her husband while romancing with her boyfriend??

The ironer gets beaten up by the man whom Nushratt approached to seek help!

Is Aditi Rao Hydari bisexual in the film?

Shefali Shah and Manav Shukla turn into a happy couple in the end!