If You Liked ‘Happiest Season’, Here Are A Few Queer Romances To Add To Your Watchlist 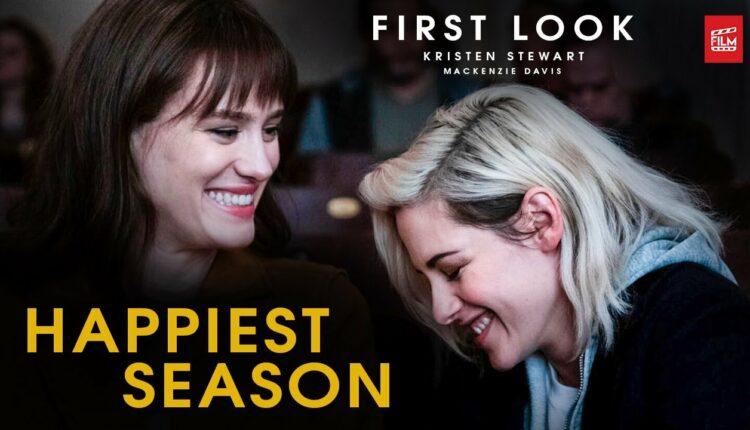 Happiest Season made its release on Hulu on 25 November 2020 and the LGBTQ romance has changed all audience preferences! Directed by Clea DuVall, the movie is about a girl who struggles to open up to her parents about her sexuality. This Kristen Stewart movie also stars Mackenzie Davis, Alison Brie, Aubrey Plaza, Dan Levy, Mary Holland, Victor Garber, and Mary Steenburgen.

For all the audience who loved this off-edge romance, here is a list of queer romance that you could add to your watchlist.

Holding the Man is a gay romance film starring Ryan Corr and Craig Stott as main characters along with Guy Pearce, Anthony LaPaglia, Sarah Snook, Kerry Fox, and Geoffrey Rush in the supporting role. The film is based on  Timothy Conigrave’s 1995 memoir of the same name. Created by Neil Armfield, the screenplay work is done by Tommy Murphy. The movie released in 2015.

Love, Simon is a novel adaptation of Simon vs. the Homo Sapiens Agenda, written by Becky Albertalli. Released in 2018, the film was directed by Greg Berlanti. Nick Robinson, Josh Duhamel, and Jennifer Garner make up the star cast of the movie. The film follows the story of a young boy Simon Spier who is a closeted gay.

Ek Ladki Ko Dekha Toh Aisa Laga is a Bollywood gay romance movie that embraces the beauty of the LGBTQ community. This film stars Sonam Kapoor, Rajkummar Rao, Anil Kapoor, and others. The coming-of-age romantic comedy-drama film is about a girl who falls in love with another girl and decides to elope to London. The movie is directed by Shelly Chopra Dhar.

My Summer of Love

If you liked the Happiest Season, My Summer of Love will surely hold a place in your heart. The 2004’s British drama is an adaptation of the novel of the same name by Helen Cross. Created by Paweł Pawlikowski, the film stars Natalie Press, Paddy Considine, Emily Blunt and many others. My Summer of Love follows the love story between two women from different classes and backgrounds.

Call Me by Your Name

Call Me By Your Name is directed by Luca Guadagnino and based on the 2007 novel of the same name by André Aciman. The film stars Timothée Chalamet, Armie Hammer, Michael Stuhlbarg, Amira Casar, Esther Garrel, and Victoire Du Bois. Call Me By Your Name is the third and final installment in Guadagnino’s thematic Desire trilogy after I Am Love (2009), and A Bigger Splash (2015).