How To Train Your Dragon : The Hidden World Is The Perfect Conclusion Movies ! 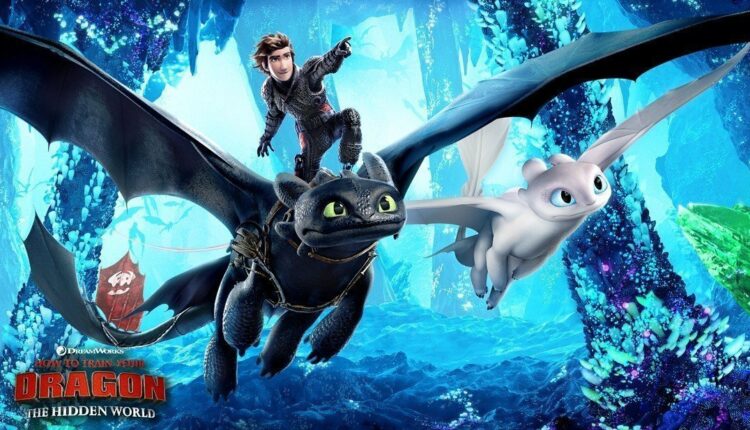 The third part of How to train your dragon franchise released on 21st March 2019 in India. First two instalments are two of the most celebrated 3D animated movies. This franchise is full of dragons and their relationship with humans of Berk. Berk is a Viking village where people were scared of dragons when dragons used to attack them but later, a boy named Hiccup, son of the chief of Berk Village, finds a dragon who is recognised as Night Fury. When Hiccup helps him, Night Fury reciprocates the same love and that’s how the story of this franchise move forward.  Hiccup names that dragon Toothless.

Part 3 of How To Train Your Dragon is all about The Hidden World of dragons.  This is the conclusion of this franchise which started in 2010. This movie starts with Toothless and his best buddy and Viking Hiccup. The movie showed Hiccup as an adult man. Astrid, the love interest of Hiccup is also a fully-grown woman now. Everyone insists them to get married, but they think they are not ready.

At the same time, Toothless finds his love in a light fury, white female of his version. He follows her and tries to impress her but she acts like a high-class diva who just refuses to say yes. Later, when Toothless uses his skill of drawing faces with a stick, light fury gets impressed. Their love story seems much more happening than that of Hiccup and Astrid’s.

What makes How To Train Your Dragon the perfect conclusion?

As Hiccup has turned his village Berk into world’s first dragon utopia, everyone feels that they need some more space to live. While looking for alternatives, Hiccup and his friends find some ships full of dragons trapped in the cages. Later, the owners of that ship bring the villain in the story. That villain has killed every night fury except the Toothless.

Many things happen in between and the villain dies at the end. But as they have discovered the hidden world of dragons, Astrid and Hiccup feel that they should let all the dragons go where they belong. This moment is this movie is very emotional as the departure of Hiccup and Toothless seems impossible since the beginning of the franchise.

read more: How to Train Your Dragon: The Hidden World movie releasing on March 22 in India

When all the dragons go, Hiccup and Astrid get married and after some years they have two kids. When Hiccup tells the story to his children about dragons, Toothless comes suddenly and he also has three kids. That is like an amazing moment in the film.

How to Train Your Dragon: The Hidden World is a perfect conclusion that any 3D movie can have.

RCB vs MI: Three key player battles to watch out