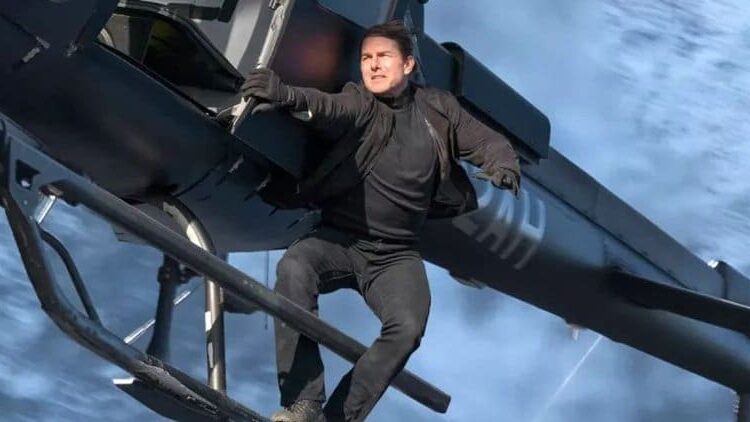 Tom Cruise, arguably the biggest movie star on earth, who still has the mojo in him even at 56 to drive a star vehicle, has come up with the sixth installment of the high octane action franchise ‘Mission Impossible’. The movie, Mission Impossible-Fallout has earned rave reviews from the critics and audience all over the globe and has earned over $359 million as of Tuesday, 7th August. Buoyed by strong word of mouth, the film is still number 1 in domestic (USA) and overseas Box Office since it’s release on 27th July.

The movie entertains you, enthralls you for 144 minutes and watching Cruise performing the stunts will certainly leave you slack-jawed.

However, the movie has got into controversy as, during the climax, in a map, it has shown Kashmir to be part of Pakistan and China. Also, the movie has mentioned that India controls Kashmir. A moviegoer who has seen the uncut version of the movie will certainly get the impression that during the Kashmir sequence in the climax, India is shown in poor light, vilified rather.

Here are some social media reactions

From the Wall of Biswajit Mohanty.
Yesterday I saw Mission Impossible : FALLOUT.
This is how they show map of Bharat. ??
They donated one part of Kashmir to Porkistan and anathor part to China.
Now Whom to blame for this ?
1 : Congress, who gifted Kashmir without hesitation. pic.twitter.com/QvA5iSr2xf

I watched mission impossible yesterday.. a must watch…but there was some problem with the indian map..a part of kashmir was shown in china and pakistan ..Kashmir is still an integral part of india @TomCruise @narendramodi @SushmaSwaraj

Not sure if anyone has noticed this or not. In the latest movie "Mission Impossible – Fallout" showing our KASHMIR as Indian CONTROLLED instead of showing PART OF INDIA.

It is a brutal mistake from the makers. I strongly condemned, whose with me.

@Anjana_AajTak @PMOIndia in mission impossible 6 there is a huge mistake in the movie while showing the map of INDIA showing the part of INDIAN STATE KASHMIR in pakistan and china please get it correct attachment of the wrong map below pic.twitter.com/RVZ6f1BSCm

Indian Central Board of Film Certification has made 4 cuts in the movie and has deleted all the Kashmir references from the movie. That’s why most of the Indian viewers will not get to see the Kashmir mentions in the movie. The movie is doing strong business in India. Indian cine-goers have always loved Cruise. The superstar with megawatt smile is undoubtedly the most popular Hollywood leading man in the Indian subcontinent. Showing Kashmir as part of China and Pakistan was certainly not right and it has certainly irked many. Cruise has always been respectful to India, he shot parts of the 4th installment, ‘Mission Impossible- Ghost Protocol’ in India. Bollywood actor Anil Kapoor was vocal about how nicely Cruise treated him during the movie making. Indian journalist Rajeev Masand, Indian youtuber Carryminati interviewed him very recently.  The movie should cross the $700 million mark (Domestic+ International) in it’s lifetime theatrical run.

CBI recruitment 2018 – Here is the last date to apply, eligibility criteria, pay scale and many more