“Riverdale Cast” denies the Sexual Assualt Allegations: What is this trend of Fake Victims? 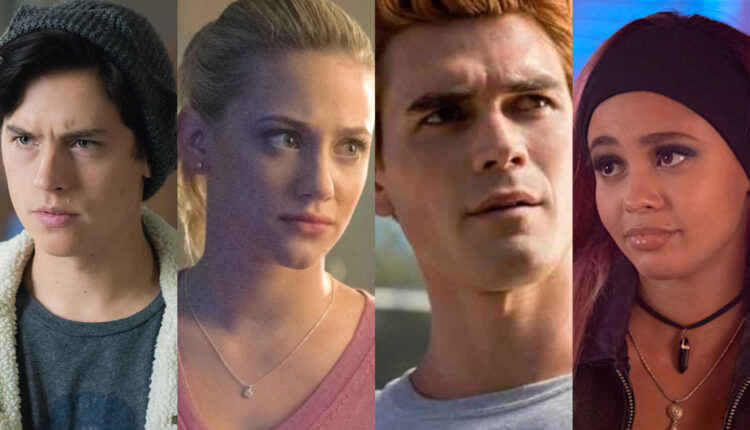 The teen drama show Riverdale has been a successful show full of mysteries, drama, and fantasies. The show has completed 4 seasons and now is coming up with its upcoming season 5 in January 2021. Cole Sprouse and Lily Reinhart have won for the teen choice awards being the best actor and actress of the series. The show also won specifically for the series is the popular thriller/ mystery show of 2019.

About the Sexual Assualt allegations against Riverdale Cast

The show was going on with a flow of success unless one day a hurricane hits and drops a sexual assault allegation against Cole Sprouse, Lili Reinhart, KJ Appa, and Vanessa Morgan. Ana anonymous person named “Victori66680029”  tweeted that she was sexually assaulted by this cast. She states that she met Cole Spouse in a party. He flirted with her and like every other girl she went with the flow. Then she stated that she was sexually assaulted in some room in 2013. She never told this to anyone as Cole was a well known Disney actor playing “Cody” from the “Zack and Cody” series.

Now regarding Lily Reinhart, another anonymous person named “Tasha” claimed that it was late at night and she asked Lili for a picture. Lili’s hand moved below her waist and she was sexually assaulted.

KJ Appa’s allegation was from January last year, 2019. This was posted by a person named “Allison41740595”. Now we still don’t know if all the claims are done by the actual names against the user id. But we can still say this isn’t just 3-4 people but one person. Also, Vanessa Morgan was accused of doing the same.

Later, when the tweet went viral and the Riverdale cast started receiving text messages, the account posted a next tweet saying you guys are stupid you will believe everything that’s written about the Riverdale cast.

Cole mentioned that these accusations are false about him and he does take all these things very seriously but the claims are unrealistic. Lili Reinhart said that she also believes there are victims and these claims are false not according to her but she stated later the same person tweeted that the news was fabricated. She also claims that one who lies about such a thing can spoil someone’s entire career, not just that the other survivors might get scared to open out about themselves.

Camila Mendes who is playing the character of Veronica as Betty’s best friend is in support of her Riverdale cast. She added an Instagram story showing her support saying that “This doesnt prove anything but spilled a whole career of people” she claims that “Only twisted and sick people will do this who aren’t scared of the accusation”. She also said good words giving her love to her 4 cast members accused.

Cole and Lili also left a note to fans saying that they are legally looking into this who is putting false claims on them.

READ: Justin Beiber&#8221; denies the Sexual Assault Allegation: “There is no truth to the story”!

The twin kids Zack and Cody on Disney charmed the Hollywood with their acting skills, one of them, Cole Sprouse, is currently hitting up with the narrator character named Jughead Jones in Riverdale series. He also played a romantic role in “Five Feet Apart” movie. He has a good perspective of being a photographer. He also has a page named “Cameraduels” wherein he captures pictures of people, who are secretly capturing him when in public.

Lili has been working hard since day one, you must have noticed her as the recruiter in Charley’s angel movie 2019. She made her spot in Riverdale, with her Nancy Drew behavior being the mystery solver. In the series she had a crush for KJ Apa’s character then later we see it turning towards Jughead Jones which is played by Cole Sprouse. They have a history to have a relationship in real life but due to pandemic distance, the favorite couple has broken up. She also published a poetry book named “Swimming Lessons: Poems” because she has a thing for writing besides acting.

The red hair character throwing his fantasizing character in Riverdale series. Besides acting, he is also known as the singer, singing the song of “I’ll try” in Riverdale season one. He also
showed his appearance in movies like “A Dogs Purpose” and “The Last Summer”.

A Canadian actress, with the pink hair in Riverdale, falls for Cherryl Blossom in the series. She is also a Disney actress who played in the film named “Harriet the Spy: Blog Wars”. She is also married to a professional basketball player named “Michael Kopech”.

COVID-19 India Updates: The death rate in Gujarat is highest at 6%; TN has the lowest; total 4.57 lakh cases