Miss America 2020: Camille Schrier, a biochemist from Virginia wins the crown after the on-stage chemistry experiment 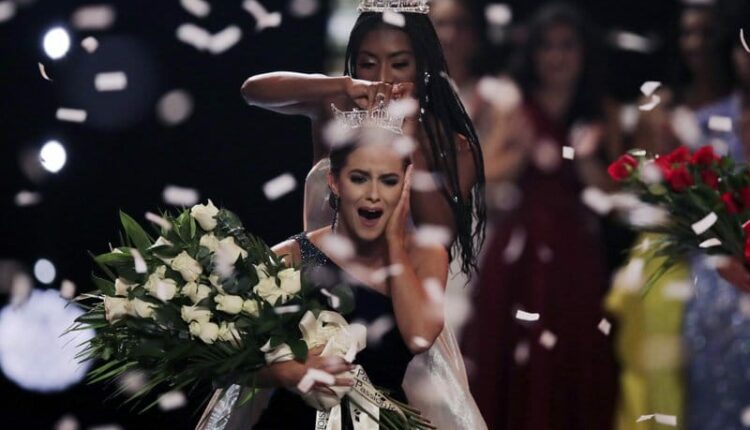 “Science is all around us! I’ve loved science since I was a little girl, It’s my mission to show kids that science is fun, relevant and easy to understand.” -said Camille Schrier, Camille Schrier a 24-year-old scientist having two undergraduate science degrees and is studying a doctorate in pharmacy at Virginia Commonwealth University has been named the winner of Miss America 2020 after performing a live science experiment breaking the stereotypes of the contest defeating 50 women contents to take the crown at final in Uncasville, Connecticut.

The Miss America competition this year doubled down on its new message: This is Miss America 2.0. This year instead of bikinis or evening gowns, the focus was on interviews and social impact initiatives. The competition stayed away totally from alluding to physical appearance. At the beginning of a two-hour broadcast, 51 women were introduced by career categories: science, business, arts, and education.

“We will no longer judge our candidates on their outwards, physical appearance. That’s huge,” said former Miss America winner Gretchen Carlson, who announced the reforms in 2018.

Wearing a lab coat, the 24-year-old stolen the show during the talent portion by impressing judges with a chemistry demonstration. She poured potassium iodide into three separate flasks that contained concentrated hydrogen peroxide, food coloring, and d ish soap.

“What we are about to watch is the catalytic decomposition of hydrogen peroxide,” she said. “But be careful! Don’t try this at home.” Foam started pouring out everywhere. The judges were in awe.

Schrier also impressed the judges with her platform (drug safety and abuse prevention) and her interview answers. In response to various questions, she advocated for awareness about mental health and argued that Miss America should always be a single woman without children, because being in a relationship or having kids could distract from the demanding job.

Ms. Schrier won a $50,000 (£38,000) scholarship and a one-year role as Miss America. Victoria Hill of Georgia, a passionate foster care advocate, was named the first runner-up and was awarded a $25,000 scholarship.