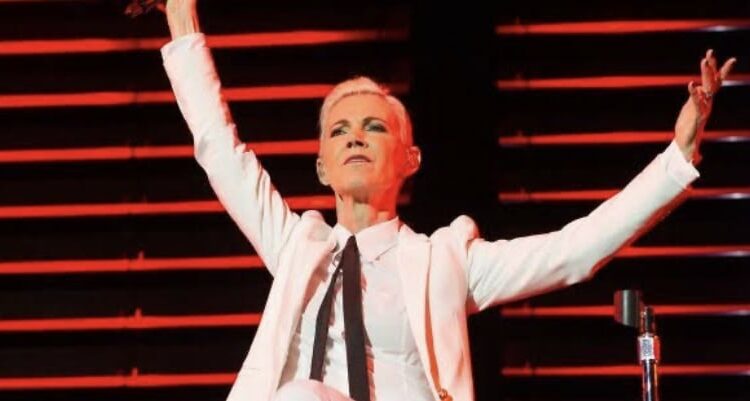 Singer Marie Fredriksson, the lead singer of Roxette, a Swedish pop duo that ruled the American charts for a brief while in the 1980s and the 1990s with their dramatic ballads and catchy singles, died on Monday in Sweden. She was 61 years old.

Growing up in quite a hard working family in Sweden, the struggle of her daily life formed her music and her experiences gave her the values she was was to come to cherish for life. Beginning her career as a teenager, she soon would come to be a part of Roxette which came to make major waves in the music industry.

In 1992, Jon Pareles of the New York Times, in a scathing review of the duos performance critically analysed the duo in the article and mentioned that she was Roxette’s main asset while she was also a singer with a sob in her voice, a platinum-blond Billy Idol hairdo and a taste for skintight costumes.

However, this duos success was unmatched. Their top hits included “Listen to Your Heart,” “Joyride” and “It Must Have Been Love,” the last of which was heard on the soundtrack of “Pretty Woman,” the 1990 hit of the romantic comedy genre starring Julia Roberts and Richard Gere.
A total of 10 albums were released by this duo and 7 of them were certified platinum in various countries.

Frederiksson was diagnosed with brain cancer in 2002. However, she kept recording and touring until 2016, when her condition forced her and bandmate Per Gessle to call off an upcoming summer tour. Her illness made it difficult to learn new lyrics as well.

She is survived by her husband Mikael Bolyos, a music producer she met while on tour in Australia in 1990 whom she married after 48 hours of knowing him and her two kids, Josefin and Oscar.

Her bandmate, Mr Gessle paid tribute to her in a statement on Tuesday and describing her as an outstanding musician, a master of the voice and an amazing performer. He thanked her for painting his black and white songs with the most beautiful colours.

“Time goes by so quickly,” he said. “It’s not that long ago we spent days and nights in my tiny apartment in Halmstad, listening to music we loved, sharing impossible dreams”.